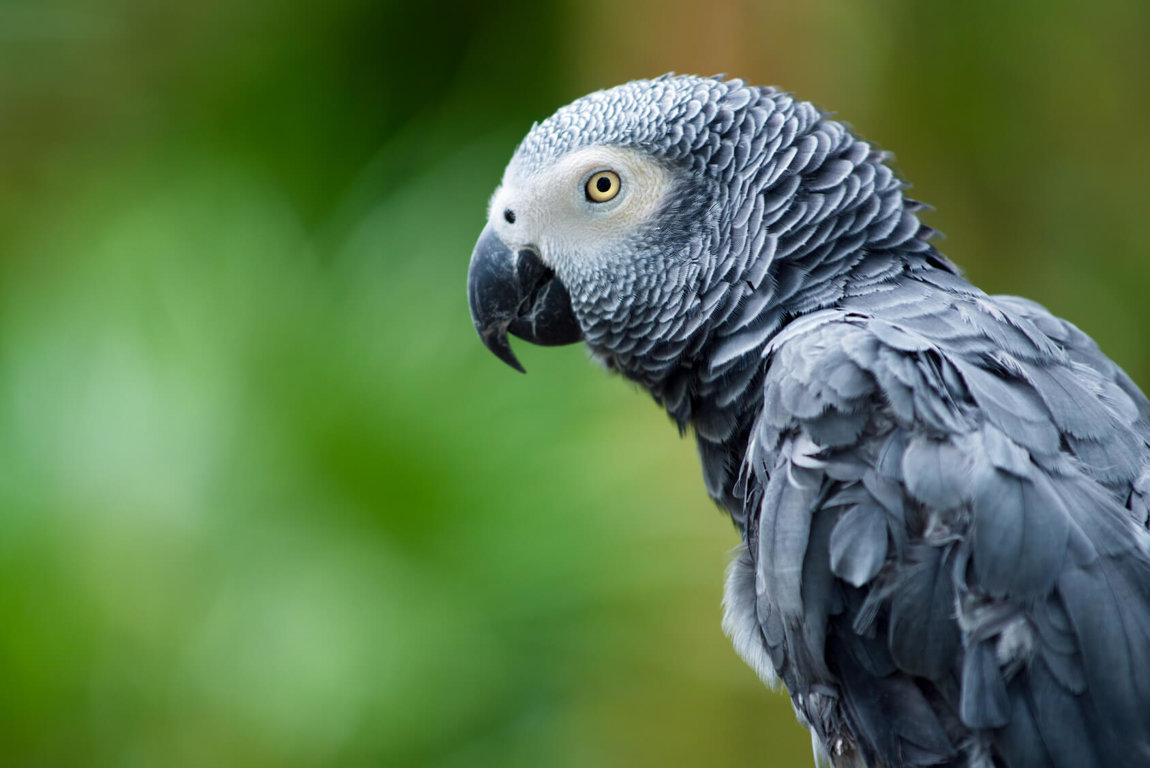 While it's quite common to keep parrots and toucans as “pets” for human entertainment, they are creatures of the wild and not meant to be caged. Thousands of these birds are still taken away from their families and flocks every year, packed up as if they were toys and sold at bird shows, through pet shops, or peddled on the internet. Many don't survive the journey, and those who do are likely to be destined for a life of misery. As a result of the demand, populations in the wild have suffered immensely, compounded by deforestation, animal agriculture, hunting and logging. Some species have been completely wiped out from parts of their range.

These birds are often stolen from the wild illegally and falsely declared as captive bred. They are then laundered into the global wildlife trade, often “legalized" along the way. The illicit pet trade industry is believed to have contributed to the threatened status of 66 parrot species and the extinction of the Spix’s Macaw. Nearly 27 percent of worldwide parrot species are now at risk.

Whether wild caught or captive bred, a birds' instinctive yearning to fly is thwarted when they are confined to a cage. Exotic birds are not "domesticated" even when they are bred in captivity; they retain their wild needs and instincts. Even in a large aviary, it is virtually impossible to provide birds in captivity with a natural existence, since naturally changing temperatures, food, vegetation, and landscape cannot be recreated indoors, nor, of course, can the birds fly freely.

There are nearly 390 species of parrots with habitats spanning from the Tropic of Cancer downwards to virtually all the countries in the Southern hemisphere. Though the primarily color of the parrot is green, there are multi-colored species – especially found in the deep jungles of Papua New Guinea.

Toucans are distinguishable from the parrot by their large and colorful bills. Their geographical spread of habitat is much narrower than the parrot, being restricted to the Amazon region of Brazil and North-eastern parts of the South American continent and the jungles of the Caribbean.

Illegal trafficking in parrots is quite common in India, despite the activity being banned by the authorities since 1991. Smuggling three to four week old chicks is rampant, threatening what is left of the 12 species of the bird left in the wilds of the country. Many of the birds die en-route to their chosen destinations. The plum-headed, red-breasted, malabar, Himalayan and Finsch’s parakeets are some of the threatened Indian parrot species.

Most vulnerable are island parrots. Rapidly growing human habitations and limited land space are squeezing out forest areas, and consequently the parrots. There are just 800 St. Vincent parrots left on the Caribbean island of St. Vincent. The Society islands of the Pacific are home to a dwindling population of a parrot species known as blue lorikeets, of which just 2,000 are left.

In the Amazon, common threats afflicts all wildlife - deforestation, growing farmlands and rampant logging. Diminishing food sources, and a lucrative illicit trade, have reduced one of the largest and most colorful species of parrot to near extinction. The Lear’s macaw was one of the most commonly found birds in the Amazon forests, but now is ensconced in a small patch of forest in the North-eastern Brazilian state of Bahia. There are only 960 of these birds that have been declared critically endangered. Parrot protection groups have gone to the extent of purchasing 4,000 acres of forest in the region to be under protection as suitable habitat to these rare birds.

Even worse is the fate of the blue-throated macaw of Bolivia, a victim of extensive mining activity, forest farming and illegal trade. Their absolute paltry numbers, just around 87, have prompted a captive breeding program desperately attempting to save these rare Bolivian birds.

Species like the thick-billed parrots were hunted to the point of extinction in Arizona. They are found across the border in Mexico where they presently face the twin threats of logging and illegal pet trade. Thick-billed parrots depend on their natural habitats of mature pine forests for their food source. Since such forests are vanishing fast, the birds are being driven out to drier desert regions where they simply cannot last long.

Among the most fascinating and loved of feathered animals in the world are the parakeets, or lorikeets. Wild parakeets inhabit the thick mountainous jungles of Papua New Guinea, the forest regions of Northern Australia, and the Polynesian islands in the Pacific. A combination of dazzlingly different colors and vocal variations make them the most sought after creatures by zoos of the world, and as pets doomed to life in captivity. Despite being protected in the still vast virgin tropical forest tracts of the Australasia region, their remarkable traits and appearance still make them targets of illegal trade. The budgerigar is one such species of lorikeet which has been in great demand as “pets” for decades.

The Australasia species also face a threat in the form of Proventricular Dilatation Disease (PDD). PDD causes regurgitation, a state in which food remains undigested in the digestive tract or blood. PDD is known to be caused by a virus called Bornavirus that results in weight-loss, feather-plucking, toe-tapping, and other issues.

The threat to toucans is not dissimilar to that of parrots. In fact, their much limited habitat and small number of species, just five, make their survival a much bigger threat. Loss of habitat due to deforestation, and wanton creation of farmlands especially in the Amazon, are common threats. The toucan is hunted for the rich fabric of its feathers that has great commercial value. The toucans fare even worse as pets than the parrots and can die from sheer desolation. Being deep forest birds, they are susceptible to diseases arising out of sudden human presence in their vicinity.

Parrots are more threatened than other bird groups. Loss and degradation of habitat, animal agriculture, hunting and the wildlife trade are all threatening the future of parrots and toucans. An alarming 56 percent decline of all parrot species is currently taking place. Action must be taken now to save these birds from being lost forever.