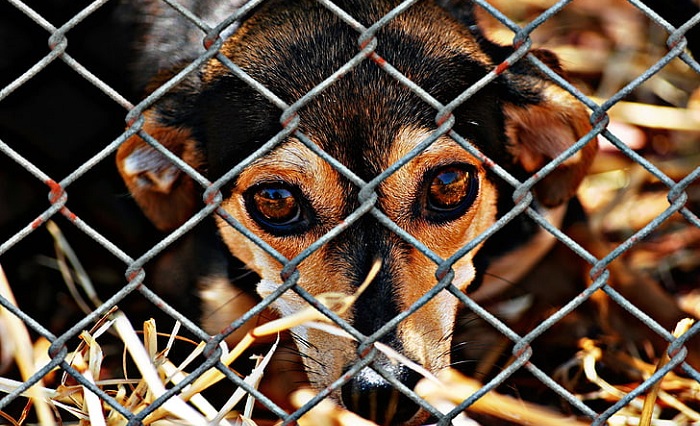 Every 60 seconds, an animal is suffering abuse at the hands of humans, with more than 10 million animals dying in the US alone each year. These staggering figures point to a world fast losing its moral compass as intentional cruelty and neglect are inflicted on animals across all species.

Yet despite anti-cruelty laws existing in all 50 states, which include felony provisions, more often than not, these laws don’t provide penalties consistent with the crime’s severity, or the justice system fails to enforce them.

And even more worrying is that The Humane Society of the United States reports that cases of animal abuse are not compiled by state or federal agencies, making it difficult to calculate just how common an occurrence they are.

This is why it’s crucial to advocate for better animal protection laws and convictions and become a voice for the voiceless.

Animal cruelty knows no social or economic boundaries and is common in both rural and urban areas.

There are two primary categories of animal cruelty: abuse and neglect. But what distinguishes one from the other?

This is the intentional harming of an animal through actions such as inflicting physical pain, mutilation, suffering, or death on an animal.

This is the failure to provide adequate care, including veterinary care, when needed. For example, withholding access to food and water and putting the animal in imminent danger of death.

Torture and Other Cruel Treatment

According to The Humane Society of the United States, the animals whose abuse is most often reported are dogs, cats, horses, and livestock. Yet more worrying is that, in many cases, the cruel treatment and torture of animals often go unreported.

Young pups who have their ears cropped or tails docked, sometimes with nothing more than a pair of scissors while they are forcibly held down or torturing animals in the name of science, where Beagles are often chosen as research subjects because they tend to be docile and sweet

Animal abuse is a symptom of a deep mental disturbance in the abuser. Research has shown that people who commit acts of cruelty toward animals rarely stop there; many of them move on to their fellow humans.

About 31 states in the US have laws that make it a crime for a person to leave an animal confined to a vehicle if the conditions, such as extreme temperatures or lack of adequate ventilation, would endanger the animal’s health or well-being.

And even if a state does not have one of these laws, it is still possible that a person could be charged for leaving an animal unattended in a vehicle under state animal abuse and animal cruelty laws.

In addition, some states have gone one step further and allowed persons such as local law enforcement officers and firefighters to rescue animals confined to locked vehicles.

While the state of California Assembly Bill No 797, amended in 2016, permits bystanders to break into a locked vehicle and rescue an animal without facing civil liability charges.

Cosmetic surgery on animals is becoming more contentious, with animal welfare organizations opposing this type of surgery. But there is a fine line between surgery which is a medical necessity for an animal, and deliberately inflicting unnecessary pain on it with no physical or medical advantage.

Ear cropping, tail docking, tail nicking in horses, declawing, and devocalization of animals is not only traumatic for them but cruel.

As such, only a handful of states in the US have laws either limiting or prohibiting these practices, which demonstrates the unfortunate reality that the current laws significantly underrepresent the interests of animals.

Despite dogfighting being a felony offense in all 50 US states and a felony under federal law, organized dogfighting continues today, with some 40 000 Americans involved in this illegal activity each year.

But again, despite the felony level penalties, including multi-year prison sentences and large fines for each offense, some 16 000 dogs die a cruel death every year in a fight to the death that can last for hours. Especially for the dog breed of choice for fighting in the US, the American Pit Bull Terrier.

But it’s not just blood sports such as dogfights that are of concern. Chickens being raised to take part in cockfighting, a lucrative and popular sport, still persists today despite being illegal in all 50 states and a felony offense in 42 states.

Many people mistakenly believe that animal hoarders are well-meaning animal lovers who simply take on more animals than they can cope with.

However, this is far from the truth, as hoarded animals, primarily cats and dogs, are often kept in terrible conditions, deprived of proper shelter and care, nutrition, and socialization, and even living among the remains of dead animals.

Hoarding is a form of animal abuse that affects thousands of animals across all species every year, with experts believing that animal hoarders suffer from a form of mental illness.

Yet in most states, animal hoarding is generally prosecuted under state animal cruelty laws, with only Illinois and Hawaii defining an ‘animal hoarder’ in their animal protection statutes.

While in South Dakota, pet owners can only own up to four dogs and cats, mainly to deter hoarding, and guard dogs require a permit.

To date, there are only a handful of federal animal protection laws that Congress has passed, yet not one of these statutes regulates the treatment of companion animals.

The Animal Welfare Act (AWA) was signed into law on August 24, 1966. It is the only Federal law in the US that regulates the treatment of animals in research, teaching, testing, and transported commercially or exhibited to the public.

The penalty: A fine of no more than $ 25,000 or imprisonment for not more than six months, or both.

Amended by former President Trump, The PACT Act makes it unlawful for anyone to engage in animal crushing, create animal-crushing videos, and distribute them.

The penalty: A sentence of up to three years in prison, one year of supervised release, and a fine of $250,000.

Passed in 1900, The Lacey Act is a conservation law prohibiting the trade in wildlife, fish, and plants that have been taken illegally.

The penalty: A fine of not more than $20,000, imprisonment for no more than five years, or both

Each of the 50 states has an animal cruelty law on its books, with each state determining what constitutes cruelty and the penalties for committing cruelty.

Yet farm animals and animals used in laboratories for experimentation and, to a greater extent, wildlife are often excluded from state animal protection laws.

For a more in-depth look, check out The yearly rankings published by the Animal Legal Defense Fund, which provides a comprehensive overview of the best and worst animal rights legislation per state.

Indeed one of the key factors in preventing cruelty to animals is stronger anti-cruelty state and local laws. Laws that not only empower effective enforcement and conviction but include harsh penalties.