Animal Testing Facts – Why Should Animal Experimentation Be Stopped? 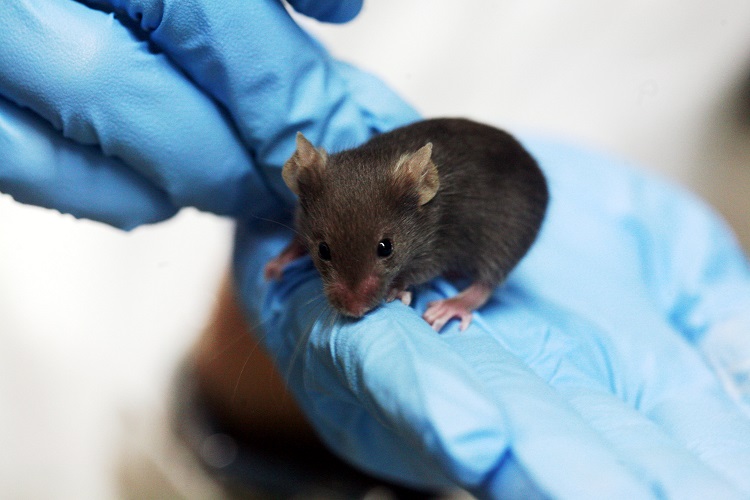 Animal testing is the process of using animals as guinea pigs for human inquisition and has been going on for decades. During testing, experimenters force animals to endure often barbaric treatments to see what the results will be.

There are two primary forms of animal experimentation.

Historically, animal testing was the primary way for humans to understand disease biology better. However, my personal belief is that as technology has advanced, there are many other options out there besides animal experimentation.

Below are five interesting facts about animal testing and animal experiments.

Which Animals Are Mostly Used for Testing?

Mice and rats are the animals most frequently used for testing. Research suggests that up to 95% of animals tested in US labs are rodents.

The reason for the high usage of mice and rats in animal experiments is that they are astonishingly similar to humans when it comes to behavior, biological, and genetic characteristics closely.

One valid alternative to using laboratory animals such as mice and rats is to either use advanced computer modeling and algorithms to forecast scenarios accurately or to use human cells and run tests on a microscopic cellular level.

Areas in Which Animal Testing Occurs

Animal testing for cosmetics was banned in a total of forty-two countries across the globe, including the whole of Europe. However, there are plenty of countries where no bans are in place.

The two countries that perform the most cosmetic experiments on animals are China and the United States.

The actual experiments used in cosmetic testing include skin and eye irritation tests. Animals are shaved and have their bare skin and eyes exposed to potentially harmful chemicals to see how they react.

Most countries require any new pharmaceuticals to undergo rigorous animal testing and approval before being pushed forward for human trials. On average, each drug requires approximately 5,000 animals merely to get through regulatory testing.

Not only are animal experiments cruel and barbaric, but the animals are also housed in horrendous conditions. Most animals are confined to tiny, barren cages. Often painful experiments are conducted without pain relief.

The worst part is that over 90% of animal tests fail human clinical trials, rendering animal use in testing pointless.

The most common types of animal testing procedures revolve around regulatory testing to ensure products are safe for human use.

Below are the thirteen most common animals trials worldwide.

How Is Animal Testing Monitored in Europe?

Animal testing is strongly monitored across Europe and is governed by several strict regulations.

Animal testing in Europe has been banned for all cosmetics. However, animal experimentation does still happen for other regulatory testing requirements.

While animal experimentation is still active in Europe, recent amendments to a European-wide Animal Welfare Act have set a target of completely removing all animals from scientific testing.

In addition, a further amendment was made in 2019 directed toward increasing the transparency of animal experiments.

Is There Animal Testing in the UK?

Yes, there is animal testing in the UK. Approximately 3 million animals are used in experiments in the UK every year. Sadly, one animal dies every eight seconds as a direct result of animal testing.

That said, the UK is making great strides toward reducing animal trials and doing more to protect animals.

In 2015 the UK also introduced a complete ban on the use of animal experiments for any household products such as bleach or laundry detergent. The United Kingdom is ranked third behind Austria and Switzerland as the country with the best animal protection laws.

There are three primary reasons why animal testing is imprudent and unreliable.

Animals are used as guinea pigs in experiments performed under a series of strict conditions designed to monitor specific responses. However, this can never be directly correlated back to human reactions, making the effectiveness of such experiments doubtful.

The strict variable settings used in laboratory experiments are a poor reflection of real-world interactions.

Additionally, animals tested are kept under strict living conditions. They are denied freedom and often do not get fresh air or any form of natural environment exposure. This can change their physiology.

Even minute changes in body chemistry could have a far-reaching impact on the reliability of any experiment results.

Many human disease models cannot be naturally reproduced and so are artificially induced in test animals. This step alone should nullify the results of many experiments.

Human and animal biometrics vary greatly. When researching things on a cellular level, even small differences can have huge consequences. Millions of animals are suffering every year for tests that are flawed from the outset.

There are genetic differences between humans and animals that will always render the results of such experiments moot.

Subtle differences down to electrokinetic phenomena can skew even the most sophisticated new methodologies.

There are those that argue that animal testing is merely to prove the validity of a hypothesis.

Human trials are then used to validate the end product. But when there are better and more reliable options, such as human tissues and cell-based investigation, it seems redundant to continue subjecting animals to unreliable experiments.

What Are the Best Animal Testing Alternatives?

There are three core alternatives to animal experiments and testing. Each of these would be a cruelty-free form of research that private companies could introduce without much fuss.

Modern technology has given us the ability to create ‘cells-on-chips.’ This process uses human tissue and cells with a microfluidic culture device.

There are several other methods of In Vitro testing that replace live animal research. All involve cellular experimentation on human tissue samples.

There are several highly specialized computer models that can accurately reproduce human biology. Using these models as a replacement for animal research will save the lives of countless scientific guinea pigs.

The results of computer modeling should be enough to justify a move toward trials with a selected group of humans.

If running animal experiments wasn’t a problem, why should using willing human volunteers be any different?

Many animal experiments involve shaving the animals, exposing their shaved skin and eyes to chemicals, or attaching electrodes to their brain and spinal cords. That should be against every animal care guide in the world and would be for people.

However, if the above three phases were combined, new drugs would hit their real trials with a more well-rounded picture of what the new drug can do. It could usher in a far more reliable period of medical progress.

Which Institutions Are Making Efforts to Stop Animal Testing?

There are many efforts globally to stop animal testing. While the Animal Welfare Act offers some protection, it turns a blind eye toward laboratory experimentation. That needs to change.

Below are some frequently asked questions relating to animal testing.

What Is Animal Testing?

Animal testing is when different animal species are kept in laboratories and used for all manner of experiments in the name of biological research. This includes research for curing a specific human disease but also testing the possible impact of certain chemicals and cosmetic products.

What Animals Are Most Commonly Used for Experimentation?

Mice, rats, rabbits, and amphibians are the most commonly used animals for experiments. These animals are used for a combination of their genetic likeness to humans and also for their size and the ease with which they can be controlled and used.

Are There Cruelty-free Testing Options?

Yes, there are several cruelty-free testing options, including the use of computer modeling and cell testing technology. Not only are these pain-free, but they do not involve animals at all; in all likelihood, the results will be more accurate and reliable.

Yes, the use of animals for testing is cruel. Often animals are experimented on without pain relief. In addition, the testing performed is barbaric in its nature. There have been instances where rabbits have had harmful chemicals rubbed onto their shaved skin and into their eyes.

Are Laboratory Animals Protected by the Animal Welfare Act?

While the Animal Welfare Act exists, it only offers very minimal protections to animals used in scientific research. More needs to be done to ensure the level of animal care is increased as a stop-gap measure before animals are fully removed from testing programs.

Animal testing is still a big issue that causes a lot of needless suffering. In a world that is thriving on advancing technology, it is inhumane that animal use for drug testing is still permitted. Even more, the animals tested are never given pain relief to ease their suffering.

Efforts are being made, and strides in talent to make a change; however, it is not enough. More effort needs to come from national institutes of health and care along with the different government agencies to get new federal laws passed or updated to include animals subjected to laboratories.

Animal welfare needs to extend to those used for medical advancement. It is no longer needed, certainly not in today’s age. There are more accurate methods of testing that don’t involve animals at all.

Alexander Laybourne
Alex started writing from the moment he could hold a pen. What began as a way to pass time soon became a compulsion. It took several decades before Alex was able to leave the corporate world behind and embark on a real writing journey. Now, Alex writes full-time, and when he’s not working on an article, he’s knee-deep in writing fiction. An animal lover, Alex’s family, have all been involved in various animal welfare charities. His father works for a large national Cat charity in the UK, and Alex has regularly taken part in fundraising events for them through the years. Alex shares his life with his wife (to-be), children and stepchildren, a herd of guinea pigs, and numerous tropical fish, frogs and snails. The most recent addition to the family, Willow, a cockapoo puppy, has settled straight into family life and now controls who sits where on the sofa.