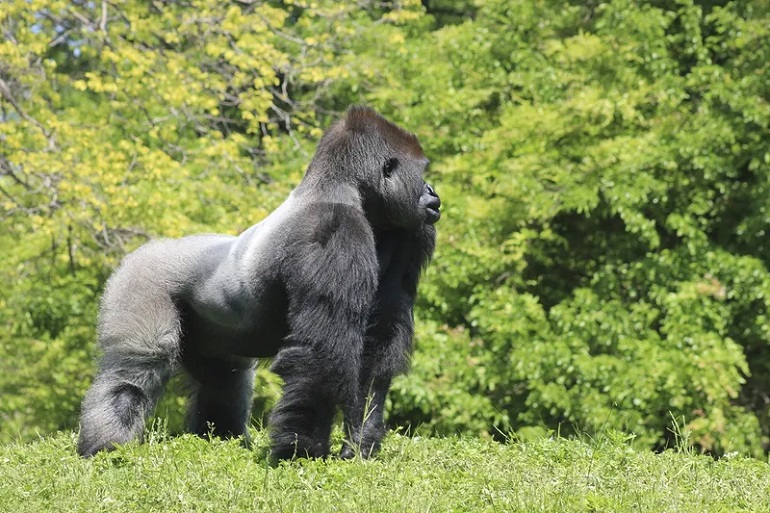 It is our responsibility to look into this matter critically and try to save every endangered animal so our future can see bright lights. Many animals undergo extinction because of two major reasons, the loss of wildlife services, and the other reason is genetic variations. You might see animals having genetic similarity with dinosaurs but this does not mean that we can make them come back for sure we can safeguard the extinction of wildlife.

We can go with lists of endangered or threatened species and you would be shocked by the numbers. These living creatures are either in the eye of hunters and get killed during the hunt or go extinct because of captive breeding. If you mutate the genes of any particular species they can be facing extinction and end up having a high risk of extinction.

Spectacled bears in South America are in danger due to the conversion of forests to agricultural land. Dealers gather and smuggle animals that survive habitat devastation to feed the exotic pet trade, such as radiated tortoises. Farmers desiring unrestricted livestock range increasingly target wolves.

The liver of polar bears, particularly the critically endangered Asiatic black bear, are sought after for use in traditional Asian remedies and cosmetics. Additionally, expensive soups are made with bear paws. Since there are fewer black bears in the middle east, poachers and smugglers have turned to the more accessible American black bear to feed the market.

As a result hunters kill these majestic animals to obtain their ivory tusks, the population of African elephants was cut in half between the 1970s and 1980s, from about 1.3 million to 600,000. Additionally, elephants and other animals like cheetahs are hunted for sports!

Numerous fish and wildlife service and underwater animals are also in danger. The unsustainable harvest of numerous of these species is due to the enormous demand for the protein and fins of many sharks and whales in many parts of the world.

We are not here to talk only about animal extinction but also about plants. Plants which can bring us many benefits are going to be finished one day and then we won’t be able to find their substitute. Plants such as yellow coneflower, Golden Barrel Cactus, and Sweetbay Magnolia they are losing their natural process and habitats.

Additionally, pollution from industry, agriculture, and human settlements is increasingly endangering fish and wildlife services to maintain the balance. Human activities and climate change are increasing day by day and have threatened the whole wildlife system.

Simply stated, nature is unable to withstand the strain humans are putting on the environment and failing to protect endangered species. Excessive consumption and unchecked human population expansion are drastically altering the environment and putting wildlife in danger by upsetting ecosystems in multiple ways such as endangered habitats, global warming, biological diversity, hunters killing, and some reasons such as slowly disappearing.

Let us talk about the numbers which state the losing species. These certain species are under IUCN red list and here are some statistics stating their percentages of going extinct.

Cycads are at 69% go risk to go extinct, reptiles at 21%, mammals at 27%, sharks, rays & chimeras at 37%, birds at 13%, bony fish at 6%, and some plants are at a risk of getting extinct which is 39%. The number of extinction of rhinos has increased by 96% over 20 years. The statistics show that the Florida panther entire species will go extinct in the next 20 years with a rate of risk of 95%.

If we look closely at these numbers by now we should be feeling bad about how much we are influencing wild animals and plants. Their protection is in our hands and they are listed under IUCN critically endangered species which means their habitat is the possibility of getting extinction soon!

Humans Are Responsible for 99% of the Endangered Species

There are currently more than 50,000 species in the world. However, many of them are endangered and at risk of extinction. Human activities are accelerating the rate of species loss and the destruction of their natural habitats. For example, scientists estimate that 90 percent of all mammals and 99 percent of all birds are at risk of extinction. Some factors that contribute to this alarming rate include deforestation, overfishing, climate change, pollution, and habitat fragmentation.

According to recent studies, 30-80% of all species will perish in the next 15 years. Many believe that humans drive species to extinction through direct actions such as poaching or the destruction of habitat. However, there are also indirect actions; such as the introduction of invasive species or climate change driven by greenhouse gas emissions. Furthermore, if current trends continue toward further human exploitation and destruction of natural habitats, we will drive most species to extinction. According to scientists at the World Wildlife Fund, the rate at which nature is vanishingly losing its animal life far outstrips what would happen if humanity were to directly extinguish every species on Earth ever since first committing itself to this path some 66 years ago.

Here are some introduced issues which need everyone’s attention, according to the international union if no action is taken then conservation status ensures that we all will suffer for our bad acts.

There Are Only 350,000 Elephants Left in Africa

You would never think that Elephants are endangered species why because who hunts them or eat them right? well, they are in the hunter’s eye and their meat and skin especially their teeth are sold for money and kept as ornaments and decoration pieces in the home! Now you see why they are under the red list!

One in Every Four Mammals Is Endangered

The reason why mammals are listed under high alert species is that we consume them! We eat many underwater and land mammals. With passing time, the human population would increase and we will be seeing mammals on the endangered list!

Out of 19 Polar Bear Subpopulations, Only One Is Increasing

Many marine life animals and ground animals suffer from the pollution which is man-made! Plastic, cans, and air pollution contributes to unknown illness among animals. We have heard a lot about turtles suffering from plastic waste. How fish is suffering underwater from harmful chemicals. It’s all because of human inventions that these innocent animals are today suffering!

Gorillas Are the Most Endangered Species in Rainforests Statistics

According to the research, only 1,063 gorillas are living in this world. The recent amazon fire has cost many deaths among these animals. Their home is the rainforest and we humans have no sense of proportion, we cut down trees, and these animals suffer from extinction! The statistics show if no action to safeguard gorillas is taken by the end of 2022 their species will suffer great endangerment.

The sad reality is that more than 142,500 species are on the red list. The funds, the help, and the services are provided to safeguard them but none is helping because every individual isn’t playing their part! We together have to think about bringing home back these species and saving them from extinction!

Some Animals Might Go Extinct Because Nobody Eats Them.

We need to think a lot before we satisfy our test buds! We can eat anything but should we not consider eating those who are under IUCN red list? Here is a fact, out there, many species are dying because nobody eats them. This might sound weird but this is how the ecosystem works! If the species are not under the radar and have no threat then they will not reproduce more species and eventually go extinct. Makes sense? Well, so I guess it’s time to eat more of those species which need our attention more!

Why Should I Care for Endangered Species?

Every organism in an ecosystem has a function and is vital to the sustainability of that ecosystem. When any part of an ecosystem becomes damaged or destroyed, the whole system is at risk. An endangered species is a symptom of a failing ecosystem. If we preserve natural ecosystems, we can continue to use them without damaging them further.

The wild world has been the source of or the inspiration for many medicines. With the extinction of species comes the impossibility of new treatments and medications that we have not yet discovered. Also, if you are not taking care of these species then according to the endangered species act your future won’t be able to see the sight of wonderful species and if no conservation efforts are made by the world wildlife fund then many other species will see extinction in the same period.

The advantages of conserving species might not be obvious right away. However, preventing the extinction of species makes sense from an economic and ecological perspective. It makes sense to save species for both their sake and our self.

Although it is difficult to quantify exactly how much impact we have on nature due to our changing environment, it is undeniably high. We have driven thousands of species extinct or close to it by farming animals like cows or goats in regions where formerly native animals were threatened with disappearance or death by predators like wolves or eagles.

Healthy ecosystems are characterized by a balanced community of living and non-living things. They are essential for human survival and well-being. Living things such as plants and animals provide food, and oxygen, help regulate the environment and contribute to climate change.

We are hoping that this article has helped you with the answer to find out how many animals we are going to put under extinction and for how long we are going to survive this extinct. Plants and animals both are at risk of habitat loss.

Let us know if you have any queries in the comment box.