What Is Animal Testing? Reasons, Procedure, and Solutions of This Inhumane Practice Explained! 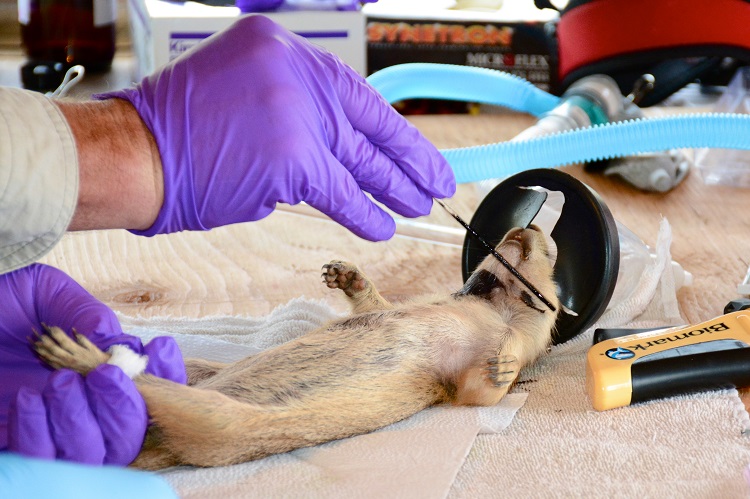 In this day and age, animal testing should be far behind us in the rearview mirror. Yet, too many people don’t know the horrors and senselessness of the situation.

Animal abuse exists in many forms, and in a perfect world, no living creature would ever be abused. Since we’re not living there, we need to make decisions that will protect animals – pets, farm animals, wildlife, all of them — from suffering.

What Is Animal Testing?

Here is the Collins Dictionary definition: Animal testing involves doing scientific tests on animals when developing new products or drugs. That definition either sounds harmless or barbaric to you, so we’ll take it a step further.

When a person uses a product of almost any kind, it has often been given to animals to test its results and safety before it reaches the public.

When Did Animal Testing Begin?

Historical Greek physicians, scientists, and philosophers, like Aristotle and many other brilliant minds, started experimenting on living animals for biomedical research.

The practice has continued throughout the centuries drawing criticism from animal advocates and getting support from those who see animal experiments as critical to saving human lives.

Why Have Specialists Felt Compelled to Continue Testing?

In the US, there have been at least two major instances where drugs were released to the public with devastating results.

In 1937, a pharmacist and chemist gave the okay for a specific drug to be cleared for use. An ingredient in the drug was unknowingly poisonous, and it killed more than 100 people. So in 1938, the Federal government got involved and the Food, Drug, and Cosmetic Act was born, which allowed animal testing.

More recently, in the late ’50s-early ’60s, a drug was made for coughs and colds, among other things. It was found to have positive effects on symptoms of morning sickness in pregnant women.

“Consequently, more than 10,000 children in 46 countries were born with malformations or missing limbs…” – (source)

The drug was recalled, the public was horrified, and animal testing became rampant to protect the public. Since then, successful treatments for various diseases have been found.

Which Animals Are Currently Being Tested On?

More than 100,000,000 animals worldwide are tested on yearly. In the US, the number varies between the Federal Government, anti-testing groups, colleges and universities, laboratories, and the like.

I started to make a list of specific animals that are tested on until I realized there are entirely too many to include. Even alpacas are included.

Note: The Federal Government is highly active in animal testing, including our military services and relevant agencies.

Here is a short list of what appears to be the animals that are tested on the most frequently by the AAVS (American Anti-Vivisection Society):

One of the recent updates by the USDA (US Department of Agriculture) includes that almost 5,000 companies across America test on animals.

What Procedures Are Currently Being Used for Animal Testing?

The National Library of Medicine gives the following report on some of the specific procedures happening now:

Animal rights activists have been enraged for decades and believe animal testing is immoral, unethical, and unnecessary. And do we really need cosmetics companies promoting animal suffering to see the results of wearing lipstick?

Experiments on Animals at Colleges and Universities

During my research, I could find no reliable list of higher education institutions that test on animals and those that don’t. There are a few lists; however, they were generated by those who have a firm footing with where they stand on the issue – information that could easily be biased.

The best, and most accurate, list of colleges and universities that do tests on animals is from The National Institutes of Health (NIH).

It’s a list of those who require documentation to ensure animals are treated humanely. The list is overwhelming and includes small and large universities and other companies that test on animals.

What Is the Confusion That Surrounds Animal Testing?

“Frustrating” would be the feeling I had when investigating this issue. The government, higher education institutions, animal rights activists, and laboratories all have opinions on it which can muddy the issue. So here are some facts:

All registered research facilities that do animal testing are required to submit reports, on their extent of animal use, to the Animal and Plant Health Inspection Service (APHIS). However, their use of rats, mice, birds, reptiles, and domestic farm animals is allowed to go unreported.

Here are some protections that are supposed to be used for the good of the animals: “The Public Health Service (PHS) Policy on Humane Care and Use of Laboratory Animals requires that institutions have an OLAW-approved Animal Welfare Assurance before carrying out any activities involving live vertebrate animals.”

This federal law establishes requirements concerning the transportation, sale, and handling of certain animals and includes restrictions on the importation of live dogs for purposes of resale, prohibitions on animal fighting ventures, and provisions intended to prevent the theft of personal pets. – USDA Animal Care unit

“…the documentation from an institution assuring compliance with the PHS Policy on Humane Care and Use of Laboratory Animals.” – (source)

The Reality of Using Live Animals in Experiments

There is a myriad of regulations and red tape that institutions must abide by and go through in order to test on animals, but is it happening? In some places. In other places, the inhumanity is egregious.

The images of pure cruelty many of us have seen are accurate. Yes, there are animal cruelty laws that are supposed to protect laboratory animals. The keywords are “supposed to.”

Animal rights activists who have worked undercover have proven that millions of animals have been and are being sorely abused, mistreated, and inhumanely killed at the hands of those in testing facilities.

What Percentage of Animal Tests Fail?

It is common knowledge in research communities that 90% of testing fails, which animal advocates deem useless.

There are also those on the other side who think differently: The European Animal Research Association says, “…a 10% success rate in biomedical research is still producing a remarkable number of long-term benefits and life-saving treatments for human patients.”

Animal testing exists because it saves human lives, but does the end justify the means? Does the horror, agony, fear, and pain these sentient beings feel when tested make it okay because people’s lives can be saved? This is a question your conscience needs to answer.

Are There Alternatives to Animal Testing?

Yes, there are. The National Institute of Environmental Health Sciences explains the options.

In 1959, Drs. William Russell and Rex Burch wrote a book called The Principles of Humane Experimental Technique. They offered solutions to animal experimentation that resulted in the 3Rs:

Why Animal Testing Should Be Banned

We, as a moral, progressive, empathetic country, have no right to poke, prod, stick, and abuse animals. If we stop animal testing, we gain respect, integrity, and the honor to be the loving caretakers animals need.

Just like so often is the case with freedoms, we’ve abused the laws meant to protect animals that undergo testing. “Give them an inch, and they’ll take a mile.” Animal testing is abuse. It is animal cruelty. Period.

Although countless human lives have been saved due to testing on animals, the pain inflicted on them doesn’t make animal experiments right.

Additionally, the numbers are lopsided. We’ve seen there are at least a million animals tested on per year, but there just aren’t enough overseers, authorities, and government workers to fully protect so many. Laws are in place. Oversight is not.

What You Can Do to Help

I would be remiss if I didn’t include that I’m a vegetarian who lives a vegan lifestyle. It means I don’t eat meat and that I also don’t use products that are tested on animals or that are animals. No feathers, no leather, no shampoo… I look for products with the bunny on them, which means the company doesn’t test on animals.

Two more facts about me:

And this is the quagmire our country is in. So what do we do? We must stop animal experiments the way it currently exists by using other means to reach conclusions. And then we, as human beings, can know we’ve done all we can to stop animal tests.

Animals do have rights… The right to be loved, cherished and treated humanely. Stand with us to change the unconscionable acts inflicted on them. We have a voice. They do not.

Jen Flatt Osborn
Born with a pen in her hand and a deadline (and probably a tail), Jen considers writing a vocation, an art, and a release. She’s a freelance copy/content writer who specializes in the pet industry. Previously, she was the founder/director of an animal sanctuary for 12 years, taught classes to middle school students about dog behavior, and has lived a life full of devotion to animals and their welfare. As a vegetarian, Jen advocates for the humane treatment of every living creature. She currently lives with one delightful canine who encourages her to put her head out the car window more often.