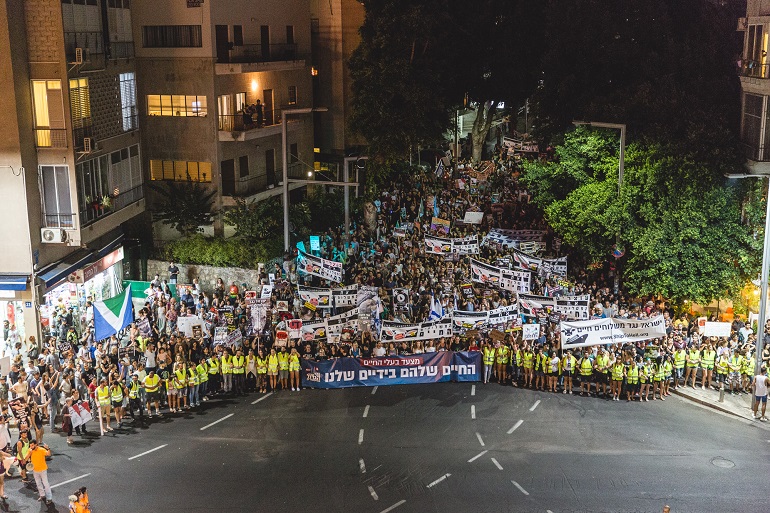 Are you toying with the idea of becoming an animal rights activist but put off by the misguided belief that these people are often perceived as annoying and irritating as they push their viewpoints onto others?

Well, this couldn’t be further from the truth.

For it’s only due to the tenacity and lobbying for change by these individuals that has exposed the suffering, inhumane conditions, and treatment that many animals experience in their short lives at the hands of humans.

So what is an animal rights activist? What goals do they share, and what drives people from all walks of life from across the globe to seek a better world where animals do not exist solely for human use?

And more importantly, what role can you play in helping educate and contribute to this vision of providing rights and respect for animals and the environment they live in?

What Are Animal Rights Activists?

In essence, an animal rights activist is someone who believes that animals are not ours to use for clothing, food, animal research, or entertainment and fights to reduce non-human animal suffering. However, this should not be confused with animal welfare, which allows these uses under a set of humane guidelines.

From the abolishment of chicken battery farms and puppy mills to the closure of research laboratories and exposure of animal treatment at aquariums and zoos, animal rights activists have been the driving force for change.

But animal rights are not a new concept. There have been many precursors to the movement, with the first documented legislation taking place some 200 years when in 1635, it was prohibited tearing the wool of living sheep. This legislation was followed up years later, in 1882, when the ‘Martin’s Act’ was passed, preventing cruelty to cattle.

And over the course of the ensuing years, the animal rights movement has only gained traction, with activists fighting to make people more sensitive to animal suffering in every industry where animals are found.

Although they share the larger goal for animals to live free from human exploitation and abuse, animal rights activists have differing emphases and ideologies.

For example, some protest exploitation of animals for entertainment purposes, such as in zoos and aquariums, while others are concerned about the treatment of farm animals and overbreeding.

So, where does your interest lie?

For many animal rights activists, what started as a calling turned into a passion. By channeling their energies, these people went on to create and become founding members of well-known non-profit organizations to educate better and inform the public that animals are sensitive, emotional, intelligent living beings who deserve dignity and respect.

Here are six top animal rights activists and their organizations.

Founded by Dame Jane Goodall, the world’s leading expert on chimpanzees, in 1977, JGI is a global non-profit organization that aims to protect chimpanzees and other primates from hunting and illegal trade.

In 1991 she also founded the well-known ‘Roots and Shoots’ program that operates in over 100 countries, teaching students about conservation, environmentalism and more.

Co-founded in 1976 by Dr. Alex Hershaft, FARM is an international non-profit organization working towards a world vision where animals are free from all forms of human exploitation, including food and clothing, research and testing, and entertainment and hunting.

The charity’s mission is to spare the largest number of animals from being bred, abused, and slaughtered for food.

People for the Ethical Treatment of Animals (PETA)

Founded in 1980 by Ingrid Newkirk and Alex Pacheco, PETA was created to show how easy it is to go vegan and shop cruelty-free.

It’s an international non-profit charitable organization that focuses on animals that suffer the longest periods in laboratories, the food industry, the clothing trade, and in the entertainment business.

The humane society works on various campaigns targeted at factory farming, blood sports, and puppy mills, amongst others.

Founded in 1957 by Alice Herrington, FOA is a non-profit international animal advocacy organization whose goal is to free animals from cruelty and institutionalized exploitation, and they are advocates for all animal rights, both free-living and domestic.

Founded in 1883 by Caroline Earle White, the AAVS was the first non-profit animal advocacy in the US and had a history of dedication to ending experimentation on animals in research and testing.

Society seeks to eliminate the number of procedures carried out on animals by medical and cosmetic research companies in relation to animal cruelty.

While many ethical animal rights advocates opt for a vegan lifestyle, others choose to keep to a vegetarian-based diet.

Ethical vegan activists believe that to reduce the cruel, inhumane practices of the meat, poultry, and fishing industry, no animal or other animal products should be consumed by them.

They stopped eating meat and avoided other food derived from animals, such as honey and dairy products. Being vegan is a lifestyle choice that centers around plant-based eating and clothing made from sustainable natural materials.

At the very least, animal rights organizations would encourage you to adopt some sort of vegetarian diet. Whether it’s excluding meat, fish, poultry, and eggs, as well as foods that contain them and only allowing dairy products or following a fish-based (Pescetarian vegetarian) approach to your eating plan.

In the end, it all comes down to personal choice. With nearly 200 million animals killed daily for human consumption, all animal rights activists are united in their common belief that no animal should suffer unduly and be exploited by humans for our benefit.

It’s your call on how you will approach this.

How Can You Contribute to Animal Rights Activism?

In one word, education. Educate yourself on the animal issues that interest you the most. For example, do animals in zoos make you sad when thinking of how cages have tamed their wild instincts for human amusement?

Or even monkey’s kept as pets when they should be in their natural habitat surrounded by their own kind to develop normally and emotionally? Or is it the ethical treatment of cats and dogs in animal shelters that concern you the most?

But be realistic in your approach and what you can commit to as an advocate for an animal rights organization. For example, being an anti-farm factory activist is one thing, but touring an abattoir to get a first-hand look at how animals are slaughtered is not for the fainthearted.

Remember, every action you take or make will have an impact, no matter how small, even if it’s at your local animal adoption society. Here are some ideas on how you can help further the cause of your choice and contribute to animal welfare.

Use Your Voice to Speak Out

Animals have no voice, so it’s up to you to speak out for them. Talk to like-minded people, friends and family about your cause. Share your organization’s campaigns on social media and attend rallies.

Where better to start than by looking at your lifestyle? Does it cause animals undue suffering?

Then look at ways where you can make a contribution, such as adopting a vegan or vegetarian diet and becoming a cruelty-free consumer. Support businesses that align with your beliefs and support animal anti-cruelty.

What Exactly Do Animal Rights Activists Do?

Animal rights activists, despite their differing ideologies, are united in their shared goal of championing the humane treatment of animals across all species.

Following the four central tenets of animal rights, they seek to ensure that animals are treated with dignity, despite their life circumstances, and not used for food, clothing, or entertainment purposes.

An animal rights activist works to inform and educate the public and lobby lawmakers for legislation and law change. This can be through social media to influence people and get their message out to the masses, or it could be organizing demonstrations and protests and even outreach work at a local animal adoption organization.

Some animal activists even opt for more direct action and use radical methods to save animals from abusive situations at the risk of criminal charges being laid against them.

But being an animal rights activist does not necessarily mean picketing on the streets, breaking into medical laboratories, or releasing farmed animals. The goal at the end of the day is to raise awareness of animal rights and end their suffering at the hands of humans.

How Can You Play Your Part and Become an Animal Advocate?

Deciding to become involved as an animal activist and volunteer at an animal protection movement can make a huge difference in the lives of animals. And it’s not always about monetary donations. Many animal rights organizations rely heavily on volunteers to help educate the public and champion their cause.

And this doesn’t mean you have to have a bullhorn in your hand demonstrating animal liberation. Instead, you can contribute in many meaningful ways, whether it’s working from home, making phone calls to campaign for your local animal shelter, or fundraising for an animal rights group.

Better yet, if you have a specialized skill such as marketing, events management, or writing, you can offer this skill to the animal protection movement for free.

Remember, every little bit helps, and with your involvement, it helps keep the message going strong.

Humanity’s relationship with animals has always been dysfunctional in that we love animals yet still perpetrate extreme violence against them.

This is why you cannot ignore the power and efforts of an animal rights activist whether campaigning for the Arctic National Wildlife Refuge or the Animal Liberation Front.

After all, an animal activist is seeking to create a just world where animals are treated with kindness, understanding, and the respect they deserve.

And it all starts with you. Whether your calling is to take a stand for shelter animals, animal exploitation, or human-animal conflict, every contribution makes a difference, no matter how small.

The question is: what will your contribution be toward animal rights?