Animal Testing Should Be Banned Completely – A Heart-Wrecking Situation 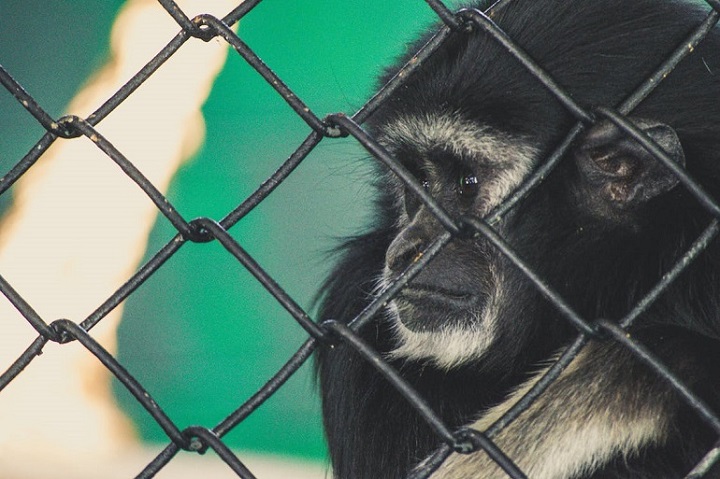 It’s hard to imagine, as an intelligent species, we’re still discussing animal experimentation. There’s no doubt that animal testing is to the apparent benefit of people. However, that doesn’t make it right that over 100 million innocent animals suffer for our well-being.

Animal experimentation needs to end. It’s not a question of right or wrong. Animals have feelings and the right to live without cruelty inflicted on them for the sake of testing chemicals. Period.

So why do we continue to abuse, cage, cripple, infect, and kill dogs, cats, monkeys, mice, and rats in animal experiments? This is not about thanking the cosmetic industry (Europe, India, Israel) for condemning and banning animal tests. It’s about saving the 100 million abused animals in American laboratories.

Here’s what you need to know to stop the abuse and end animal experiments.

Why Is Animal Testing Bad?

It just is. Animal testing andanimal experiments inflict inhumane suffering on animals. These creatures never consented to have experiments conducted on their bodies, skin, or DNA.

The debate over whether it’s right divides the room. Many people believe animal testing is barbaric and outdated. Others argue that scientific progress has helped save millions of human lives.

There are billions of great people in this world. Together, we need to end torturing 100 million animals. Animals experience pain, loneliness, fear, and emotions, just like us. When they have to endure scientific and medical experiments, it’s incomprehensible.

Animals and humans share some similarities. It’s one of the main reasons the debate gets so heated: animals have feelings too.

Our differences contribute to the failure of human clinical trials. Many of the pharmaceuticals end up being too dangerous and ineffective for human consumption. That means we subject innocent animals to horrendous suffering for a small return of success.

Up to 95% of experimental drugs that pass animal tests fail in human and clinical trials.

Additionally, some medicines that may work for us are dangerous for animals. For example, aspirin is toxic to animals but is safe for human use. We wouldn’t be able to get it from pharmacies if it had been tested using current animal testing standards.

People believe in science as proof. Therefore, according to the National Institute of Health, 95 out of 100 drugs developed with lab animals fail. In no other facet of life would we accept these results as a ‘good idea.’ It’s proof that animal experiments don’t work.

Animal Testing Is Dangerous for Humans

Another clinical trial ended badly for patients who either suffered severe liver damage or death from Hepatitis B due to a drug experiment conducted on animals.

In 2016, another miracle drug that was reportedly going to treat all kinds of conditions killed a volunteer and left four patients with devastating brain damage. This experimental drug passed muster on mice, rats, dogs, and monkeys. Sadly, nobody reported how those animal subjects felt after having the medication forced on them.

No doubt, we want our loved ones to receive the best care. Unfortunately, animal experiments only make the grade about half the time. The rest end up in the trash as failed and worthless. The sad part is that research using lab animals takes enormous resources and squanders money, time, human intelligence, and creativity.

All that waste causes human suffering on top of animal suffering. According to Dr. Richard Klausner, “We’ve cured mice of cancer for decades. It simply didn’t work on humans.”

Cancer is nasty. But if animals ultimately fail in medical research or other laboratory experiments, why don’t researchers use advanced technology to test harmful substances?

Scientists have compassion too. Many have created modern, effective non-animal testing methods that are cost-effective, fast, and deliver more accurate results without animal testing. These non-animal methods include micro-dosing, in vitro testing, organs-on-chips, simulators, and advanced computer modeling technology.

Humans share genetic information and DNA with plants and animals. For example, cows and humans share about 80%, and common fruit flies about 61%. A banana has 60% human DNA.

It’s possible to look at this debate from two sides. One is to explore the common DNA and use it to our benefit. The other is if they share that much genetic material with us, does it make sense to harm them?

Evolutionary biologist Marc Bekoff and his many colleagues have done all the necessary research to prove animals feel pain. Mammals share strong similarities in the nervous system, chemical transmitters, emotional states, and perceptual tools to prove animals experience pain. That they experience pain differently is irrelevant.

The Animal Welfare Act should protect animals. Yet lab animals like mice, rats, reptiles, amphibians, and birds used in labs don’t fall under their protection. Instead, lab animals endure inhumane procedures and treatments like scorched skin, immobilization, inhaling toxic fumes, and holes drilled in their skull and spinal cords crushed.

Often, lab animals receive no administered pain relief and are left to suffer intense pain. These institutions,  by law or regulations, don’t have to provide any.

Yet, in experiments, when many animals like rats, mice, and chickens trapped in barren cages have access to self-administered pain relief, they use it to reduce the pain. Wild animals also nurse their wounds, show distress, and seek shelter.

They learn to avoid situations that relate to bad experiences with pain. This action indicates that animals are aware of the pain and can associate it with experiences from their past.

It’s challenging to review pictures of animals used without consent and not form an opinion.

The main reason for banning animal testing, aside from sparing animals the pain, is that we don’t need it. Animal testing should not be part of a university lab experiment paid for by the tax-payer who is against animal torture in the first place.

That is the point. It’s not only dangerous, cruel, painful, and inhumane; some of the methods harken back to medieval torture chambers.

Imagine mice, rabbits, rats, and guinea pigs with their eyes burned from drip chemicals or toxic potions smeared into their exposed skin tissue without pain medication.

It’s hard to think about a human consenting to the Draize or LD50 Test. This test measuring toxicity often leads to blindness, scarring, death, and insurmountable pain.

Years from now, the LD50 will be on display in museums as one of the wickedest torture animal tests. This substance test is inflicted on animals to be fatal in 50% of the test subjects. Researchers strap animals to tubes and inject the test substance directly into the sequestered animals’ stomachs. Until they die, which can take days or weeks, animals suffer.

The first fact is that animals suffer. The second is that we must stop animal testing.

The law requires 12,000 animals subjected to over 50 experiments to endure for a company to register a single pesticide. No one argues that pesticides must meet safety standards.

According to the statistics reviewed by the National Institute of Health, only 5% of drugs tested on animals show positive results, while 95% are worthless. That is a bad score. Sixty percent of no-consent animals are exposed to biomedical research and product safety testing.

According to the Humane Society, animals and humans are very different. Animal subjects don’t suffer from the same illnesses as humans. So why are we testing on animals when they don’t contract many human illnesses? HIV, schizophrenia, Parkinson’s disease, heart disease, and certain types of cancer are human diseases.

Substances that cause cancer in people affect animals differently, and only one-third cause cancer in animals. Animal research conducted on over 100 mouse cell types discovered that regulating genes in mice match human DNA. How can you create an exact science and get valid human responses on that foundation?

How to Stop Animal Testing

Every day, we use products that cost an animal its life or severe pain. Awareness campaigns are only a starting point. Choosing animal cruelty-free products is another. The science supporting animal testing stands on faulty ground. Instead, all industries should concentrate on using new methods and technologies to conduct research that works.

Some industries, like cosmetic companies, are making strides and not testing on animals. However, there’s much room for improvement in the household cleaner, deodorant, fem hygiene, and thousands of pharmaceutical products.

People are smart. Technology has exploded in the last few decades. We can use human cells and tissue, 3D printing, robots, and computer modeling to get more accurate results faster. They’re also cost-effective and don’t subject animals to cruel and unnecessary animal tests.

If this was painful to read, the article has done its job. Animal research and testing must be banned worldwide. We’re on the precipice of human evolution and developing a united mindset to stop animal testing once and for all.

Every individual has the power to influence change. Choose cruelty-free products, become involved, champion the cause, and help millions of animals. The USA Government has finally passed a law banning animal testing on cosmetics.

Join the conversation and become an animal advocate. You are the difference!

Monika Martyn
Monika Martyn is a nomadic minimalist and published author. Her pet portfolio includes experience with over forty cats and dogs, and she becomes their surrogate and a valued pack member. One of her proudest accomplishments is typing while petting a fur baby on her lap. She also excels at dog-speak and cat-talk and is working on mastering fish lingo. Aside from her animal advocacy, she is passionate about the environment, plastic pollution, and living with less (not including chocolate and coffee). She practices yoga and meditation faithfully. She’s experienced living abroad and believes that together people can evoke change for the better. Or at least be kind to one another despite our differences. She has an uncanny knack for remembering people’s names. She’s proud of her two Pushcart Nominations, her debut novel, and her marriage. When she’s not writing, she’s thinking about writing. Monika believes that education is the biggest gift to humanity at any age.