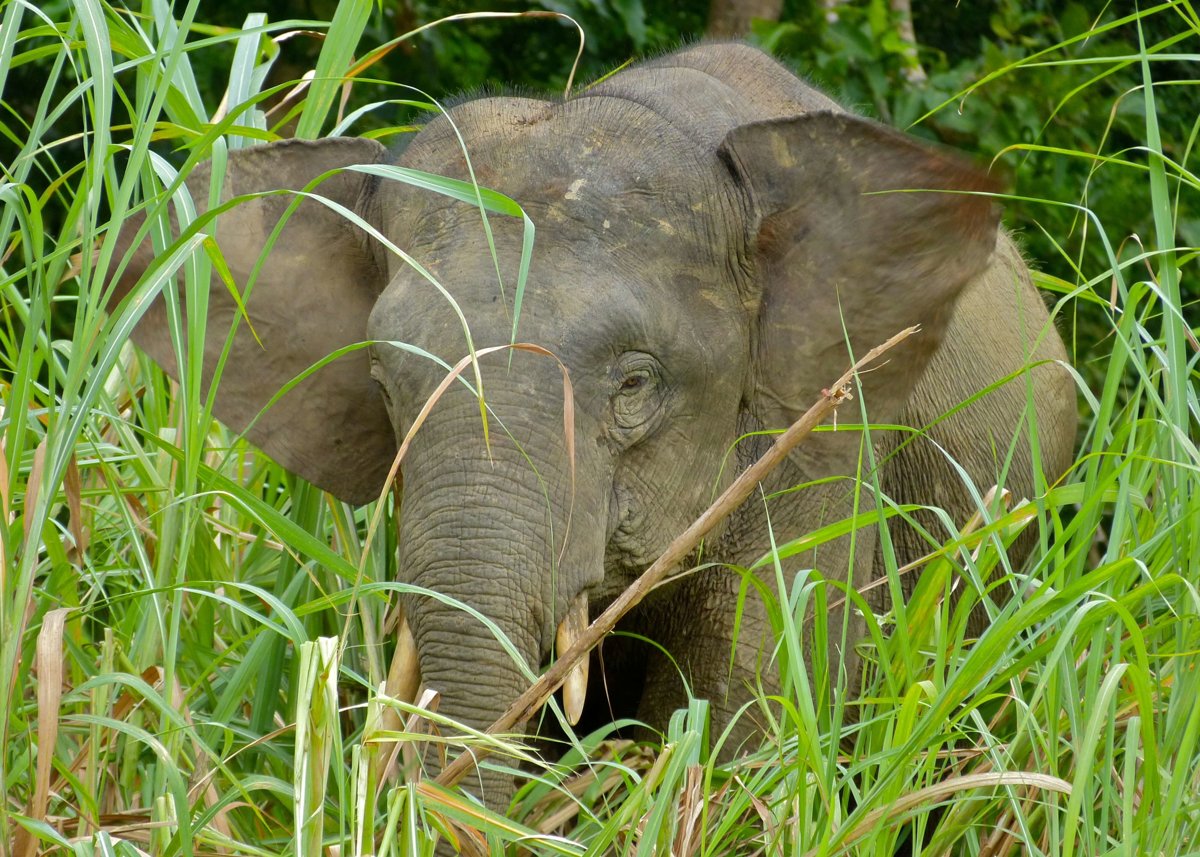 The pygmy elephants of Borneo have baby-faces, giant ears, big bellies and tails so long they can drag on the ground. Their tusks are straighter than other elephants. They are known for being gentle natured. They inhabit forests and lowland river valleys, feeding on grass, fruits, banana plants, and palms. Seasonal migration occurs between wet and dry seasons.

African forest elephants live in nomadic herds, wandering through forests and grasslands grazing for food and drinking from waterholes. They are herbivorous, eating only plants and other vegetation. Their smaller size makes it easier to move through thick vegetation. They feed predominantly on leaves and fruit from trees, herbs and shrubs. African forest elephants are essential in the spreading of seeds throughout forests.

Forest elephants use their tusks to dig for roots and to strip bark off trees. When the molars of African forest elephants wear down, a backup pair shifts forward to create two new molars. Throughout their lives they replace their teeth six times. Between the ages of 40 to 60 years old, they loose all of their teeth and often die of starvation.

Forest elephants are known for their docile personalities and interact with a variety of other animal species. Tusks are used to defend themselves from predators such as lions, and to compete with other males during the mating season. Lions and hyenas hunt young, ill and old elephants.

Female African forest elephants are sexually mature around the age of 10 or 11 years old. Males do not become sexually mature until they are almost 20 years old. Following a gestation period of up to 2 years, females give birth to a single calf, or, rarely, twins. Babies are nursed for 2 years.

African forest elephants are threatened by deforestation, habitat loss and poaching for their ivory.

Borneo pygmy elephants are threatened by loss of habitat, conflicts with humans, hunting and poaching for ivory, logging and oil palm plantations.

Pygmy elephants are listed as an endangered species.