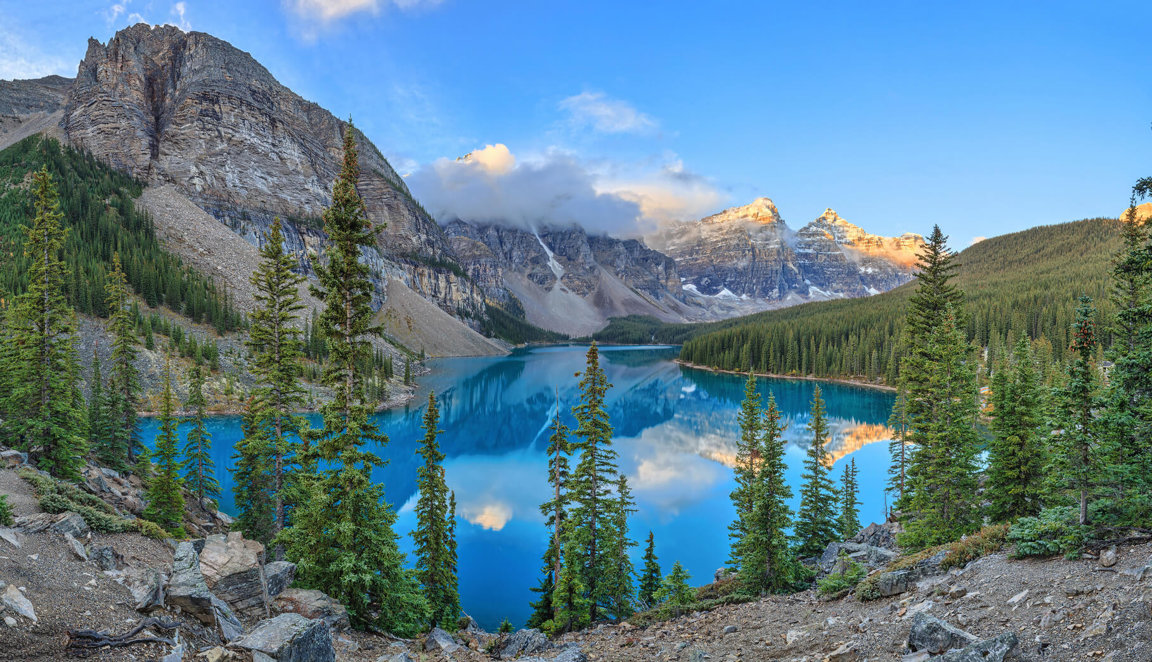 Mountains have the power to move us. They have always been a source of wonder and inspiration for humans. Their majesty impresses us, their wildlife captivate us, and their tranquil ecosystems bring us peace. Millions of people visit mountains every year to take in their stunning scenery and relaxing atmospheres.

But these ancient and majestic mountains are in jeopardy. Once their remoteness protected them from excessive human exploitation, but now they are under increasing threat. These last wild areas are fast disappearing to animal agriculture, development and other human impacts. Changes in climate could destroy vast areas of mountainous regions.

Mountain environments cover a large portion of the world. Half the human population depends on their resources. Millions of people also live in mountainous areas. These ancient landscapes are more than breathtaking backdrops to peaceful pastoral lands. Their contributions to humans is immense.

Mountains are vital to all life on earth, including humans. What happens on the highest mountain peak affects all life in the lowlands. Lands, freshwaters and even oceans are affected by moutains.

About 80 percent of our planet's fresh water originates in mountains. Mountains are the source of most rivers. They provide the water of most reservoirs. Many areas derive practically all their water from mountains. About half the population of the planet lives in southern and eastern Asia and depends on precipitation that falls on the huge mountain chains of the Himalaya-Karakoram-Pamirs-Tibet regions.

Protected by their remoteness and limited agricultural potential, mountains have faced less human encroachment than other ecosystems. They have become sanctuaries for countless plants and animals that may have been eradicated in lowland areas. Over a third of land plants and vertebrates have been squeezed into less than 2 percent of the planet. Many of these species live in rich, unspoiled areas referred to as biological hot spots. Many hot spots are mountainous areas.

A small mountainous area in Malaysia, Kinabalu National Park, contains 4,500 species of plants—more than 25% of the amount of plant species in the entire United States.

The survival of many animals depends on mountains, including central Asia snow leopards, China's giant pandas, and the Andes condors.

Many of our most important food crops came from wild plants in mountains. Corn came from the highlands of Mexico. Wheat came from the Caucasus. Tomatoes and potatoes came from the Peruvian Andes. Countless other food sources still await discovery.

A third of all parks and protected lands are found in mountainous areas due to their stunning natural beauty. They are a popular destination for tourists and their local communities benefit from the tourism industry.

Mountains are often valued purely for their abundant natural resources. But their inhabitants, both wildlife and humans, deserve just as much appreciation and protection. Indigenous humans of the mountains possess a body of ecological knowledge that often rivals modern science.

Traditional knowledge accumulated by mountain peoples is invaluable in protecting these vital ecosystems. This wealth of knowledge needs protected just as other mountain assets do.