Wild Animals In The Concrete Jungle 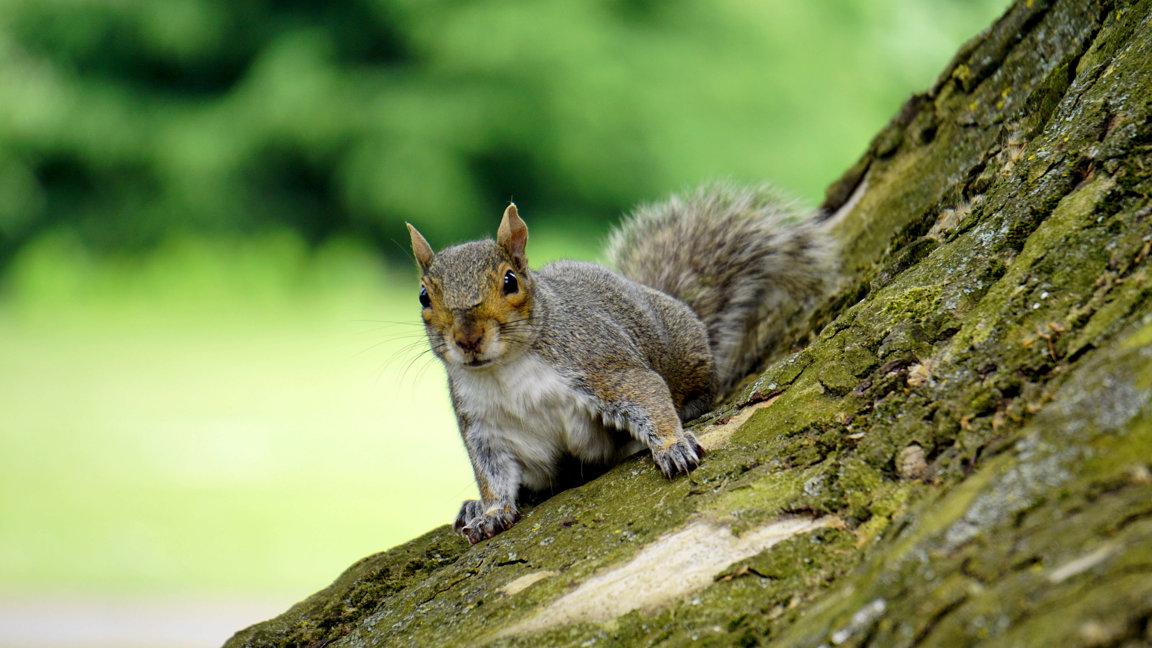 If you thought cities were all about concrete jungles and the teeming millions of humans inhabiting it, you are wrong. Quite astonishingly, it's not just man who is moving from the country to big cities; it's their four-legged and furry friends, too. There have been sightings of bobcats, deer, raccoon, coyotes and squirrels in the areas surrounding Laurel Canyon Boulevard, a major arterial road of Los Angeles. It's not unusual to find a crocodile basking in the Biscayne Bay shores of Florida alongside accommodating boaters. Chicago city's well tended patches of forests and wetlands are home to skunks, coyotes and shorebirds migrating from the Illinois corn hinterland.

One of the most common American animal, the coyote, has adapted to the urban life seamlessly. The coyote is a true survivor of all conditions. It can be found in swamps, grasslands, dense forests, deserts and high mountains and it can live off just about anything. Being a natural scavenger, the call of the cities makes it one more addition to its habitat. Over and above its normal diet of snakes, rodents, rabbits, frogs, birds and grasshoppers, it has added dog and cat food and garbage to its repertoire. Coyotes resemble collie dogs and have brownish gray fur and a belly that is cream-colored. They weigh 20 - 45 pounds and are highly reproductive animals, something that has made its proliferation into towns and cities easier. Big parks and landscaping surrounding golf courses are some of the creature’s favorite urban hangouts.

The American red fox is another animal that has made cities its home. It mostly moves around after dusk and before dawn scavenging for food. Its tiny size makes it difficult to spot and gives it the advantage to move around unnoticed. While the diet of the rural fox consists entirely of meat, its constitutes just 50 percent of its urban cousin who feeds on pigeons, insects, worms, fruits, vegetables and city garbage.

The raccoon has taken to urban America quite successfully. Found almost all over country, the first city sighting of this creature was in the early 1920's in the suburban areas of Cincinnati. Since then it has proliferated to most cities. The raccoon is just 16 to 28 inches long and weighs from 8 to 20 pounds. Its grayish coat covers its entire body including the belly. Its face is a mixture of black and white and its eyes look like a pair of sunglasses from afar. Among its favorite sleeping places in the cities are abandoned houses. Gardens are favorite targets of raccoon scavenging for fruits or vegetables. Garbage leftovers are another good food source.

The tiny Virginia opossum, whose natural habitat is the Rockies and areas east of it, are quickly migrating to cities. More like a rodent in appearance, but a bit more furry, this gray and white colored creature now competes with the raccoon for city trash in the backyards of American urban homes. Basements, sewers and chimneys are ideal hiding places for the possum during busy city day hours. This Virginia native is now found all over the Western states since it was introduced in the region during the Great Depression as a source of food for humans.

The skunk is another common squirrel-like American animal which is found in its towns and cities. Although its white and black striped coat gives it a cute look, it is dreaded for the terribly pungent odor it emits. Bird nests and eggs are favorite targets of the skunk. It prefers to come out at night, although day sightings of the creature in cities are not uncommon.

Astonishing instances of urban sightings also include a new species of leopard frog discovered in 2013, not in the backwaters of Florida, but in Staten Island, New York.

Ospreys, a 24-inch fish-eating bird resembling a hawk, are fast abandoning their nesting habitats in the wild and moving them to unusual havens in cities. Cell phone towers, channel markers, power pole cavities and other man-made structures are the new safe houses for their elaborate 250 pound nests. The ospreys have become familiar with humans and have begun nesting close to busy highways.

Apart from squirrels, which are the most common wild urban creatures, various species of deer, foxes, coyotes and wild turkey are being frequently sighted in parks and golf courses skirting cities. The adaptability of these new denizens in urban environs heralds a new era of human awareness and tolerance to the co-existence of creatures of the wild in their midst.

Many species of wildlife have adapted to city and suburb life. Some of the animals have made themselves at home by nesting in chimneys, attics and basements. They dig through trash cans to find food, and even eat dog feces that are not properly disposed of. While these animals are beautiful to see from a distance, up close encounters can be shocking.

Tips To Live In Harmony With Wild Urban Animals

Make sure trash is secure at all times. Trash receptacles should be kept tightly closed at all times. Wild animals will not live where they cannot eat. Removing the food source is the most effective way to evict them.

Inspect properties regularly for places where the animals can live. Make sure that your chimneys are capped so animals can’t nest in your fireplace. Keep flues closed so they don’t invade living areas. Inspect attics, crawlspaces, and basements for holes.

Use caution repairing holes in the spring, as there may be babies already in nests. Try playing loud music to encourage animals to leave before patching holes.

If putting out food for alley cats, only put out enough food to satisfy their hunger. Pick the food up when the cats finish so the leftovers don’t attract rodents or wild animals. Always trap, neuter and return cats in a feral colony you are managing.

Try deterrents. Sprays and other agents that are designed to keep unwanted animals away can be purchased at most garden or hardware stores. Moth balls or ammonia soaked rags can also aid in deterring animals from a specific area.

Keep trees well trimmed. If there are trees hanging over your house, animals are likely gaining access to the rooftop by climbing the trees.