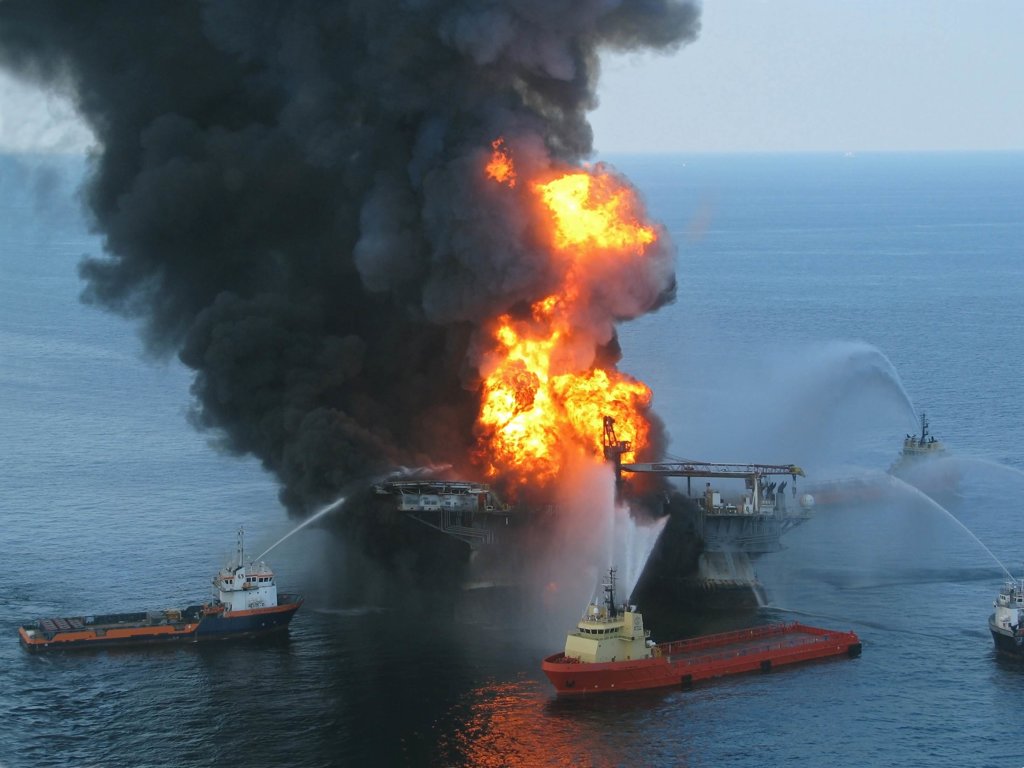 Of all the industries on Earth, the oil and gas industries are among the biggest and most destructive. The round-the-clock operations of the businesses, and the massive amounts of land they eat up and destroy, has a profound effect on the ecosystems and wildlife they displace.

Wherever oil and gas can be easily found, land has already been exploited. The search is now focused on remote places, which means a direct invasion into virgin ecosystems and their inhabitants. New and unproven technologies are being used recklessly to extract hydrocarbons from deep within the Earth. The environmental consequences can be devastating.

Oil and gas exploration and production activities cause both direct and indirect effects on wildlife. Leaks and spills of oil, brine, and other contaminants are a key concern. Soils, vegetation, water quality, fish and wildlife, and air quality can all be harmed by the release of contaminants. Fish and wildlife habitat can be altered, fragmented, or eliminated. Oil and gas activities can disturb and displace wildlife, cause physiological stress, and can result in wildlife deaths.

Introduction of invasive species, especially along road and pipeline routes, can alter habitats. Disturbances caused by oil and gas activities can result in fundamental changes in ecological functions and processes, and lead to increased predation of declining species, reduced reproduction, and increased susceptibility to disease. Fish and wildlife may be injured by human presence, vehicles, exposure to contaminants, loss or degradation of habitat, or unauthorized takings.

The activities associated with oil and gas exploration cause a degree of disruption to the environment that's hard to replace, restore or repair. Development activities in the coastal areas of the Arctic Refuge (Arctic National Wildlife Refuge) have affected habitats of caribou, muskox and porcupine to an extent that even their watering sources have been polluted. Instances of bears feeding on wastes emanating from oil fields that have displaced its natural habitat are all too common. Maternity dens of polar bears have been disturbed, affecting their reproductive cycles.

Ecosystems, that fine balance between plants, organisms and wildlife evolved over millions of years, can be destroyed overnight by human activity. In addition to forest clearing and excavation, irritants like noise arising out of vehicular traffic can disrupt sleeping, resting and even hunting cycles of animals.

Access along seismic lines may require disturbing levels of vegetation removal. Vehicle travel along seismic lines damages soils and vegetation. Water quality may be degraded from sedimentation. Small spills and improperly handled wastes can degrade soils and waters, harm vegetation, fish and wildlife, air quality, and aesthetics. Air quality can be degraded from dust and engine emissions. Natural sound is interrupted by vehicles and drilling noises.

Pad construction removes or compacts soil and vegetation and may accelerate erosion and sedimentation. Leaks, spills, and discharges of oil, drilling muds, wastes, or other contaminants can degrade and harm soils, surface and ground waters, vegetation, fish and wildlife, and air quality.

Poorly cased and cemented wells (or improperly plugged wells) may lead to groundwater contamination. Wetlands may be damaged by road and pad construction or threatened by leaks and spills. Dark night skies can be impacted by night-time lighting on drilling rigs and gas flaring.

Natural sounds can be overwhelmed by construction and drilling noises. Air quality may be degraded by gas flaring, contaminant spills, dust, and engine emissions.

The U.S. Environmental Protection Agency (EPA) has thoughtlessly issued permits to scores of oil drilling projects near protected zones, despite the harmful effects on wildlife from toxic wastes of such exploration activities.

Millions of gallons of chemically treated water, pumped out of a process known as hydraulic fracturing or “fracking”, spill out on a daily basis into neighboring forests and farmlands –  polluting water used by animals and livestock.

Oil companies are responsible for the destruction of wildlife in some of the most protected and sensitive zones. A project off the coast of Sakhalin Island in Russia's Siberian region has affected the habitat of the critically endangered Western Grey Whale to a point where only 100 of these creatures are left today, of which breeding females comprise an appallingly low number of just 20. Exploration endeavors off the County Mayo coast in Ireland is threatening to wipe away wildlife habitats in the form of sand dunes, peat bogs and even grasslands bordering the shore. Habitats of the Brent geese and other popular regional birds that find safe havens in Broadhaven Bay in the Count Mayo stand threatened thanks to exploration activities in the region.

In Africa, roads, pipelines and the subsequent decimation of forest lands have eaten into territories of protected and endangered species like the Nigerian-Cameroon gorillas, the Western gorillas in Angola, the dwarf mongoose and the rare Angolan python.

Imagine gas being flared 24 hours a day for almost 50 years without a break by oil companies in just one region. That is the case in Nigeria, the world's largest oil flarer. Coupled with massive greenhouse emissions from such flares, oil spills and fires have completely obliterated not just wildlife, but all farmlands in the once naturally rich Niger Delta – making it one of the most polluted regions of the world. Places like the Virunga National Park in the Congo Basin in Africa and the Arctics, which still have enormous oil and gas deposits, are lucrative targets waiting to be exploited.

The lasting damage to the environment resulting from wanton oil and gas exploration is hard to fathom. The disruption of the ozone layer from excessive flared gas emissions, with direct effects on climate change and the decimation of entire ecosystems and wildlife, play havoc to the environment. A disturbing amount of greenhouse gas emissions can be traced to oil and gas extraction. The main component in natural gas, methane, is as much as 84 times more harmful to the atmosphere than carbon dioxide. Methane traps heat more effectively and intensifies global warming.

Humans are also effected by gas and oil exploration. Entire communities depend on the health of the ecosystems being destroyed. Public use of refuge areas are being restricted or prohibited. Although the areal extent of oil and gas exploration and production may be limited, the cumulative effects often extend to a much larger area. Cultural resources are threatened by increased human accessibility and fire. Scenic quality can be degraded by drilling rigs, roads, pads, and other equipment. Large crews disrupt visitors’ experiences.

Oil and gas exploration is a dirty and dangerous business that disrupts wildlife, human health, water sources, public lands and recreation. Energy resources that are environmentally-safe and easily accessible can reduce the harmful effects associated with oil and gas production. Renewable energy technologies and energy conservation, along with more responsible exploration practices, are essential to reducing the destructive effects of oil and gas production.