Pangolins Are The Most Trafficked Mammals 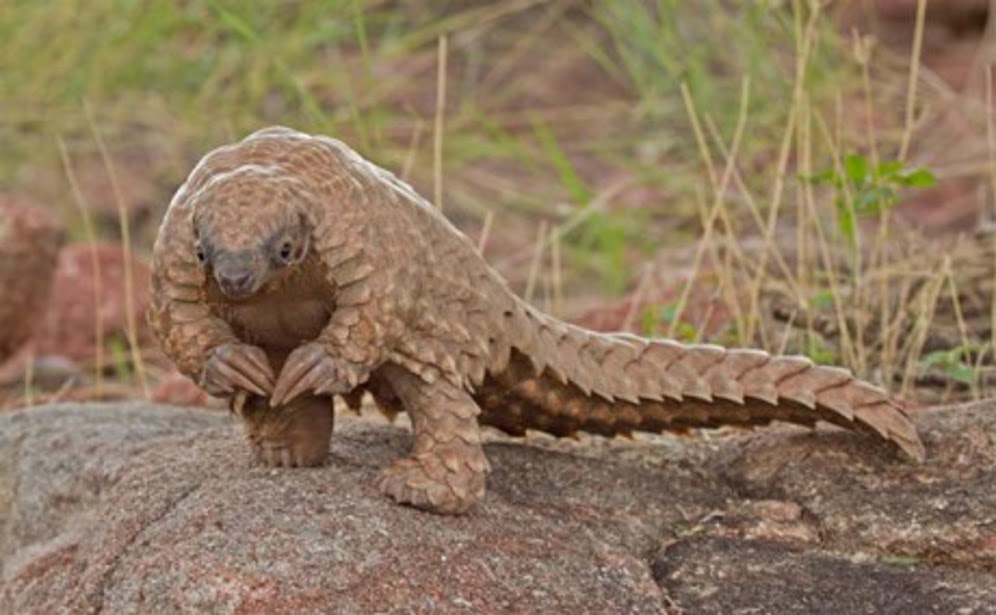 Most people have ever heard of pangolins. Yet around the globe they are facing an unprecedented crisis. The pangolin is one of the most sought-after and poached wild animals in the world. Nearly one million have been illegally traded over the past decade.

Pangolins, or scaly anteaters, are nocturnal, ant and termite eating mammals found in Asia and Sub-Saharan Africa whose bodies are covered with overlapping scales made of keratin, the same protein that forms human hair and finger nails, and rhino horn.

There are eight pangolin species worldwide. Four of the species can be found in 17 range states across Asia, and four in 31 range states across Africa. Pangolins occupy a diverse array of habitats; some are arboreal or semiarboreal and climb with the aid of prehensile tails, while others are ground-dwelling. Some pangolin species, such as the Chinese pangolin and Temminck’s ground pangolin, sleep in underground burrows during the day. Others, including white-bellied pangolins and Sunda pangolins, are known to sleep in trees. Pangolins dig burrows with their strong front legs and claws, using their tails and rear legs for support and balance.

Pangolins are insectivores. They use their claws to break into nests of ants and termites, and they use their long, sticky tongues to lap up the insects. A baby pangolin will remain with its mother for three to four months and cling to its mother’s tail as she forages for insects. Pangolins have few defenses beyond their scaly exterior. While their habit of rolling up in a ball is an effective response to predators, the behavior actually makes it easier for poachers to collect and transport these toothless mammals.

Pangolins perform important ecological roles such as regulating insect populations. It has been estimated that an adult can consume more than 70 million insects annually. Pangolins also excavate deep burrows for sleeping and nesting. Burrowing animals are sometimes referred to as “ecosystem engineers” as their burrows may be used by other species; for example new research shows that giant armadillos, South American mammals that fulfill a similar ecological niche to ground pangolins, dig burrows that are used for shelter by at least 25 other species.

Pangolin populations are severely dwindling due to massive unsustainable and illegal international and domestic trade. Traffickers seek out pangolins for their scales and blood — which are boiled off or drained to use in traditional medicine — and their meat, which is considered a delicacy. Thousands of pangolins are trafficked each year, making them among the most critically endangered species in the world and liable to go extinct if we don’t take action.

All eight pangolin species are listed on Appendix II of the Convention on International Trade in Endangered Species of Wild Fauna and Flora (CITES). But despite protections under CITES and domestic laws, poaching and illegal trade in pangolins continues at a high rate. Recent IUCN Red List of Threatened Species assessments indicate that all eight species are declining and at risk of extinction.

Pangolins do not thrive in captivity, and their slow reproductive rate and low natural population density in the wild suggest that current trade levels are unsustainable. As Asian pangolin populations have become increasingly hard to find and are now subject to zero export quotas by CITES, traders have turned to the African pangolin species to meet market demand. Meanwhile, African species are under additional pressure from local and regional demand for bushmeat and other traditional uses, as well as from habitat loss. While live and whole dead specimens usually can be identified to the species level based on size, number of scales, and other morphological characteristics, commonly traded non-living specimens, such as scales and meat, are difficult for non-experts to identify to the species level, which complicates enforcement.

Currently, only one of the eight pangolin species — the Temminck’s ground pangolin from Africa — is protected as Endangered under the Endangered Species Act. Because all species of pangolins so closely resemble each other, law enforcement officials have difficulty distinguishing them. Expanding federal protection would prohibit the import and sale of pangolins and their parts in the U.S. and raise global awareness about the pangolin’s plight. An Endangered Species Act listing is an important and necessary step to end the U.S.’s role in declining pangolin populations and would set an example for the rest of the world.

Pangolins have been silently killed and trafficked for far too long. It’s time to recognize the grave situation threatening the survival of the species and offer them the protections they rightfully deserve. If we don’t act now to protect them, these extraordinary animals will disappear from the planet forever.