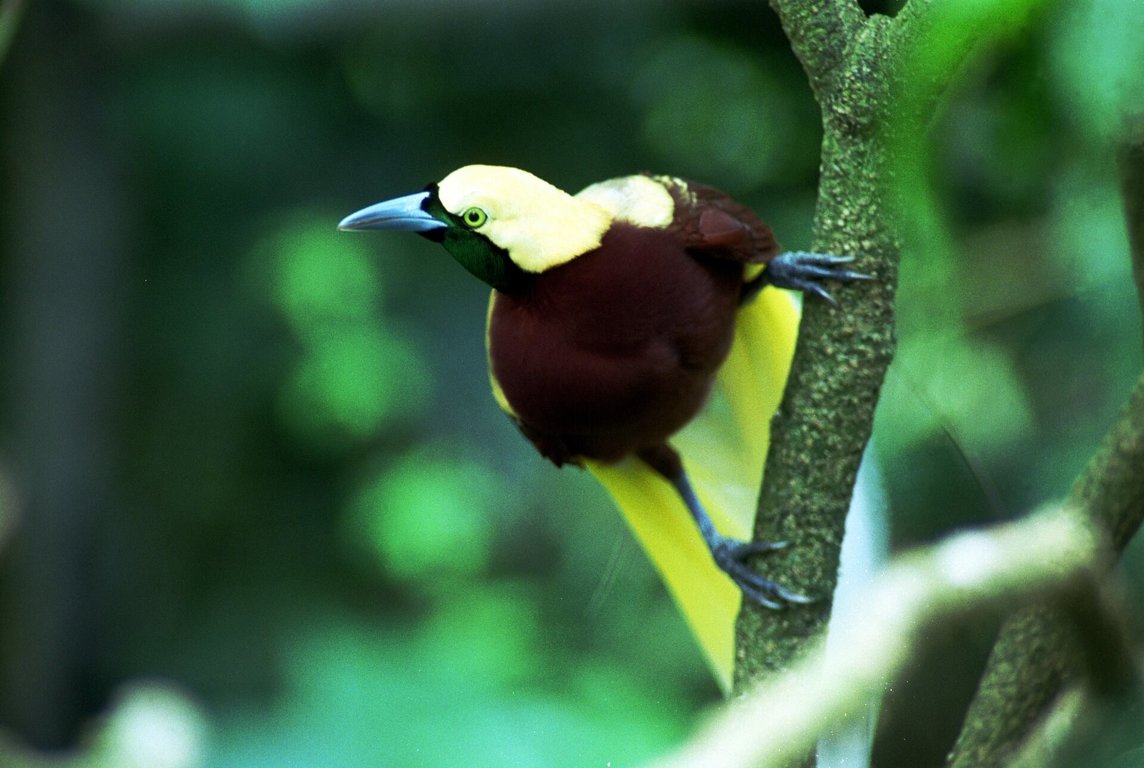 ADOPT A BIRD OF PARADISE

Birds of paradise are considered the most dramatic and attractive birds on the planet. They are a species of bird found in the tropical rainforests of Southeast Asia and the jungles of eastern Australia, Indonesia and Papua New Guinea. There are about 50 birds of paradise species, some extremely rare.

Many birds of paradise species feed on berries and fruits in jungle canopies, while others feed on insects and spiders. Birds of paradise are usually solitary birds, coming together only to mate.

Male birds of paradise use their bright colored feathers and dance to win over females. They perform elaborate rituals for females through dances, poses, posturing stiffly, hanging from limbs, freezing and spinning and other displays. Some species of birds of paradise dance in trees; others create stages on the forest floor by removing leaves to allow sunlight to shine through. The stage area may be decorated with a variety of items accumulated by the male. Many males birds of paradise perform their rituals in a common area called a lek. The rituals often last for hours as the male attempts to win over the female with various acrobatics, swaying from side and even hanging upside down. Once the male mates with a willing female bird of paradise he leaves to find other females.

Female birds of paradise lay eggs in a nest on ground level, in dense foliage or in trees. Baby birds of paradise hatch in about 20 days, varying by species. Birds of paradise babies usually have little or no feathers and are unable to walk or stand. They rely on their mother for food, shelter and protection until they are about a month old.

THREATS TO BIRDS OF PARADISE