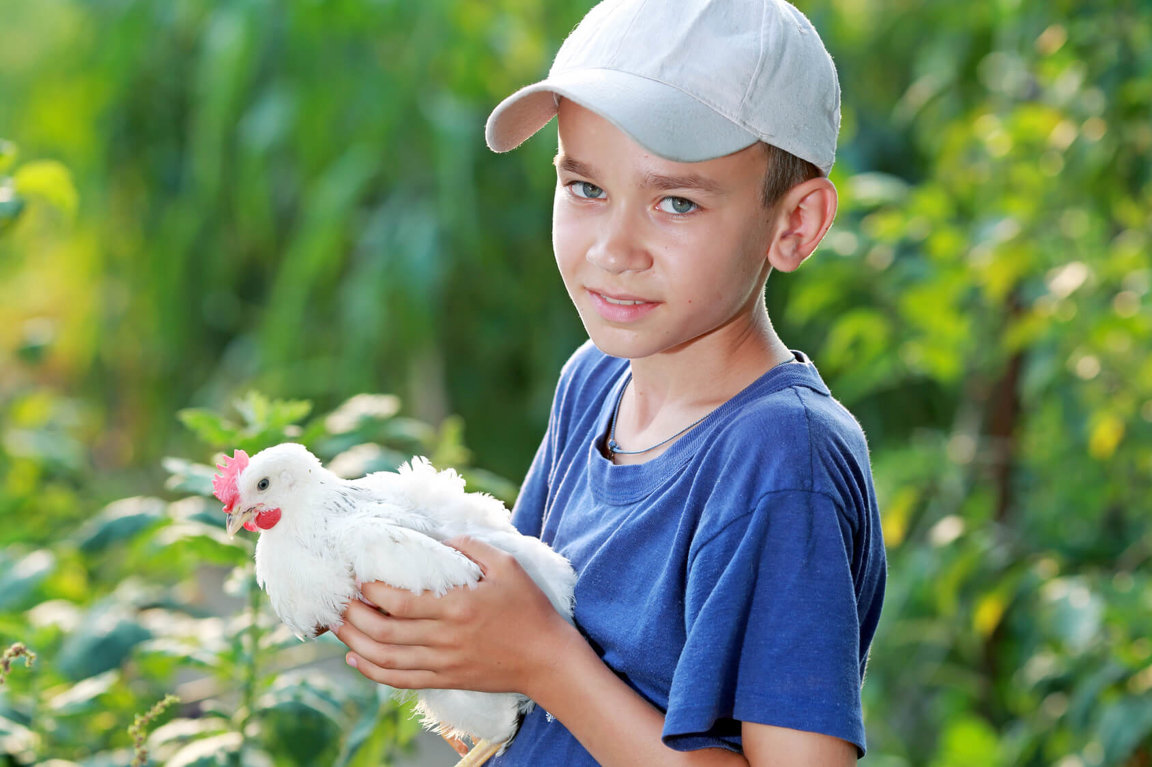 Did you know that pigs are as clever as dogs? They are great mothers, too. In the wild, a mother pig will walk miles to find straw and twigs to build a nest for her babies. Chickens are smart, too. They can learn to use switches and levers to make the room hotter or colder, and some have even learned to open doors to feeding areas to get something to eat. People who study chickens have distinguished 24 different sounds that the birds use to communicate.

Just like us, chickens have feelings. During a storm, a rooster named Notorious Boy at a sanctuary held his wing over his hen friend, Mary, shielding her from the rain until someone remembered to let them inside. Wasn't that kind?

Many animals who will be made into food for people in this country, such as pigs, chickens and turkeys, don't live outdoors. In fact, they have never even seen the sun, felt grass underneath their feet or played chase with their friends. They live in pens and cages in huge buildings called "factory farms". There are no windows in factory farms, so animals raised there have never seen a cloud, a tree or a flower. All they know about the world is how the steel bars of their cages taste, how it feels to lay or stand on concrete floors and wire cages, and how it feels to be locked in a cage so small that they can hardly move. Factory farms are also dirty and crowded, which makes it easy for diseases to spread.

2. How would you feel if dogs lived on factory farms? Or cats? Or people? Is there a difference? Why or why not?