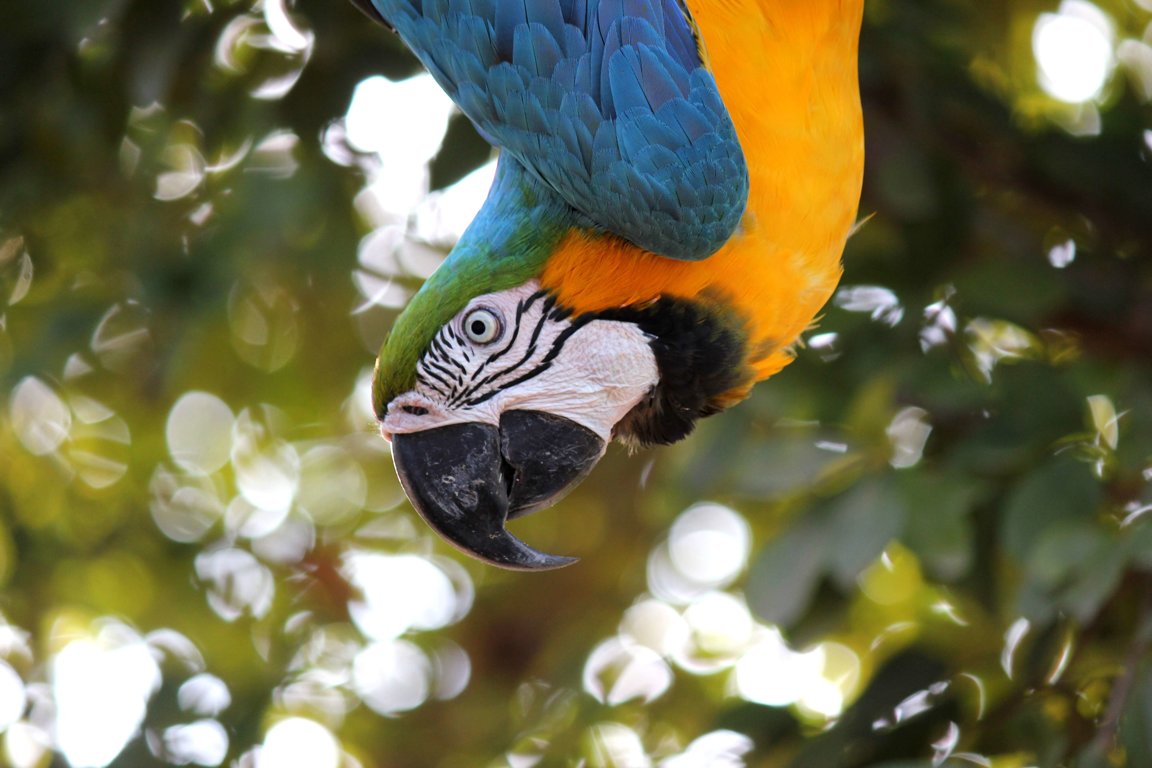 A lot of people keep birds as companions, but considering that birds are meant to fly, is it fair to keep them in small cages? In the woods, jungles and forests - and even in our towns - birds fly about freely, journeying hundreds or even thousands of miles and soaring to great heights. They are free to go wherever they choose, whenever they choose.

Birds are very intelligent. Take a look at the following amazing facts about birds:

Crows have about 300 different calls, but not all crows understand each other. Just like us, they have different accents. Crows in the United States don't understand some calls that their British cousins make and vice versa.

Birds make sounds that we don't usually hear, like the hushed chatter and whispering between two nesting crows. They take turns "talking," having the bird equivalent of a conversation.

Birds remember exactly where they've hidden thousands of seeds each autumn and can find their way back to their stashes using the sun, stars, landmarks and sometimes the magnetic pull of the Earth to guide them. Isn't that incredible?

We know that crows use tools like twigs to pick up food, but one crow amazed birdwatchers by going one step further and making her own tool! She cleverly bent a wire in order to hook a piece of food that she couldn't reach with her feet. What a smart bird!

Birds dance, play "hide-and-seek" and have even been seen sliding down snowy slopes and climbing back up over and over for the sheer joy of it, just as we do!

Thousands of birds are still taken from their families and flocks every year, packed up as if they were plastic dolls and sent to countries like the U.S. to be kept as "pets". Many become very ill and don't survive the journey. Partly because of this, some types of birds might become extinct.

If you want to keep a bird, think about two things:

1) How would I feel if I were taken from my home and stuck in a cage?

2) How would I feel if I helped a species of bird become extinct?

If you have an aviary (a special large area where birds can fly safely), why not go to a rescue center and adopt birds from there? That way, you'll give a bird a second chance at a happy life and get the pleasure of seeing them live and fly!