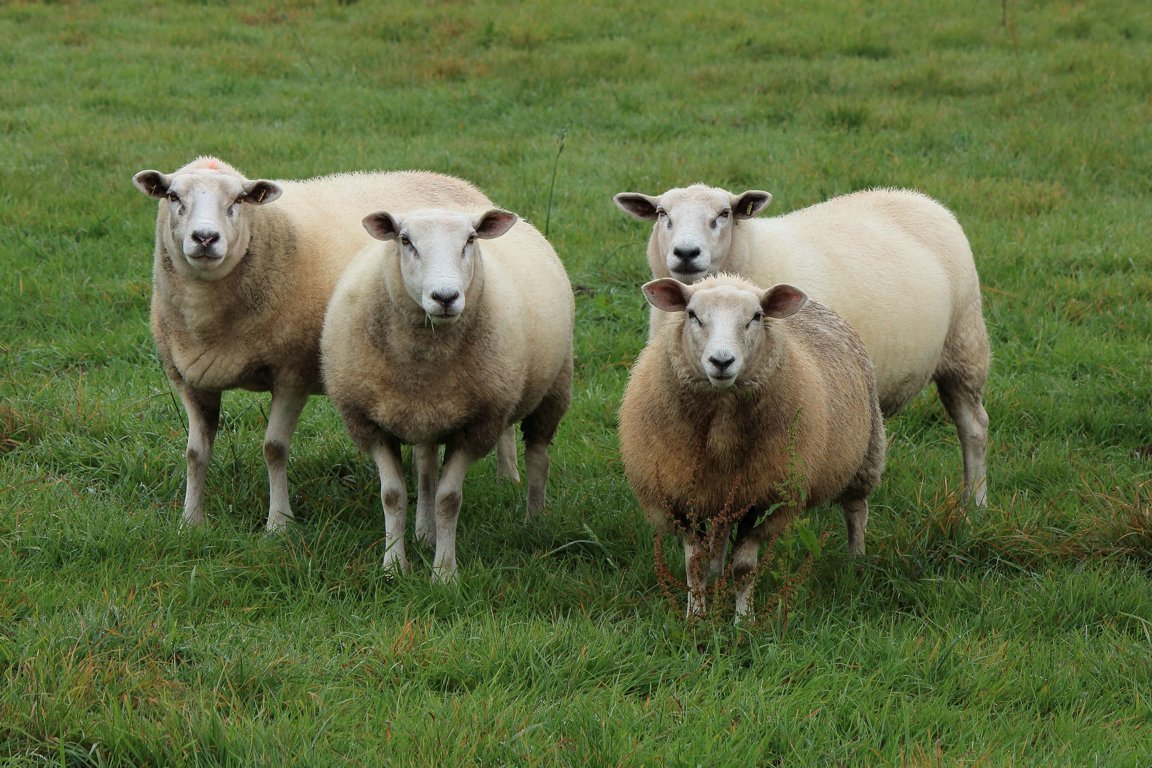 ADOPT A SHEEP OR GOAT

When people think of goats, they often think of a clothesline-munching vagrant. Goats and sheep, however, are more often the source of clothing than the consumers of it. The fibers that become textiles—wool and cashmere, among many other types—are shorn from these animals.

Sheep and goats, like cows, are ruminant animals. They have a four-chambered stomach, using the first chamber to store food (cud) which they then bring back into their mouths to chew again before fully digesting it. These grazing animals often prefer noxious weeds and plants, which makes them great environmentalists.

Goats are shy at first, but will show adoration and devotion once you have gained their trust. They're frolicsome and have a gentle disposition, but when angered, they can retaliate quickly with a strong head-butt.

Goats are also clever animals who have been known to use their horns to open gates and feed bins, create and enlarge holes in fences, and batter down boards in confined areas. They also use their horns as back scratchers. Goats are most comfortable in groups, which are known as "tribes."

Like goats, sheep like to stick close to one another for comfort and security. Either black or white, these animals are incredibly gentle. Lambs form strong bonds with their mothers, but they have also been known to bond closely with humans. If a person hangs a piece of clothing outside, a goat who has bonded with that person will run to it for safety when frightened.

Goats and sheep deserve the same love and compassion from humans that they show to each other.