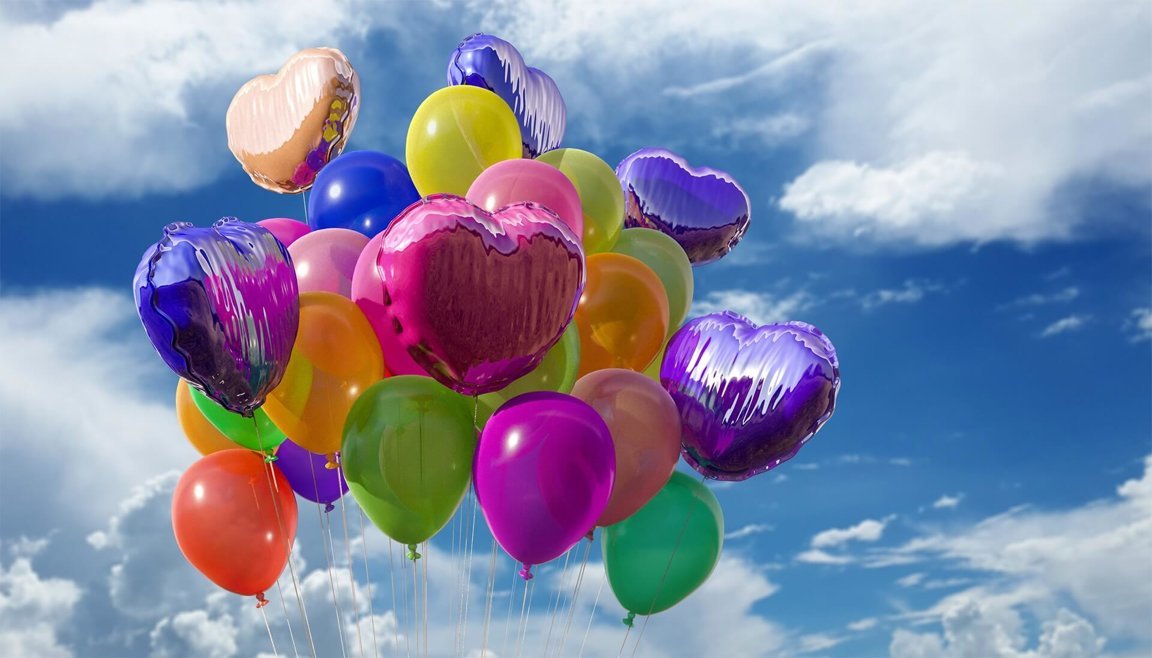 If you are planning a balloon release for a special occasion, understand that the moment or two of delight the balloons provide can have deadly consequences for the environment. When you release balloons you are littering and your litter creates numerous threats to wildlife. Before you plan a balloon release ask yourself, “What happens to the balloons? Where do they go?”

While some balloons burst, others gradually deflate and fall back to earth where they can have cruel consequences for wildlife. Dolphins, whales, turtles, and many other marine species, as well as terrestrial animals such as cows, dogs, sheep, tortoises, birds and other animals have all been hurt or killed by balloons. The animal, unless rescued, will die from the balloon blocking its digestive tract. Unable to take in any nutrients, the animal slowly starves to death. Sea turtles are particularly at risk because they naturally prey on jellies and balloons can easily be mistaken for this prey. Wildlife of all kinds can become entangled in a deflated balloon and/or its ribbon, leaving the animal unable to move or eat.

Surveys of beach litter show that the amount of balloons and balloon pieces found on beaches has tripled in the past 10 years and those balloons can take years to break down. The balloon industry has set “standards” for themselves claiming that releasing balloons that are hand-tied, made of “biodegradable” latex, and without ribbons are environmentally friendly. Natural latex may be biodegradable, but after adding chemicals, plasticizers and artificial dyes it is no longer “natural”. It may degrade after several years, but it can do a lot of harm during those years. The ribbons or strings that are tied to the balloons also last years and can entangle any animal that comes in contact with them.

Many defenders of balloon releases are in the balloon business. They profit from the sale of balloons and many encourage people to disregard everything scientists, wildlife rehabilitators and conservationists are reporting about the impact balloons have on animals and the environment. Mass balloon releases bring in big profits. Conservationists are finding many more of the so-called “biodegradable” latex balloons, because the balloon industry has promoted this “alternative” with false information. But it should fall on the consumer to act responsibly and not risk wildlife just to mark an occasion.

Some states and countries have enacted laws regarding the release of balloons. The Balloon Council, and other balloon industry entities, spend millions of dollars lobbying to keep balloon releases legal. This multi-billion dollar industry, by promoting their product, actually encourages consumers to litter. Releasing balloons should be included in already existing litter laws. The practice is, by all definitions, littering.

Sky lanterns also return to earth as litter, and are also often marketed as “biodegradable” or “earth- friendly”. Both claims are untrue. Sky lanterns are made with treated paper, wires and/or a bamboo ring. They can travel for miles and always come down as dangerous litter. Sky lanterns have caused huge losses of property by starting structure fires and wildfires. This flaming aerial trash has also caused serious burns to humans and has killed animals that eat them or become entangled in their fallen remains.

Entire countries have banned the use of sky lanterns, including Austria, Australia, Brazil, New Zealand, Spain, Germany and parts of Canada. In the USA, bans include California, Hawaii, Illinois, Maryland, Minnesota, New Hampshire, Oregon, South Carolina, Tennessee, Utah, Virginia and Washington. Other states, including Kansas and Missouri and the New York Division of Fire Prevention and Control are also looking into adopting changes to fire codes to regulate the use of sky lanterns.

The FAA has raised concerns over the use of floating lanterns as they can be sucked into aircraft engines. And there are even more consequences to this practice. In a report out of the UK, “Chinese Lanterns Report for Defra by WFU”, the Women’s Food and Farming Union determined: “The results were staggering, all over the country farmers had discovered them in their fields; loss of livestock, horses, and cattle was reported as well as fires and machinery damage. Worries about the metal being cut into small needles and then incorporated into hay or silage were uppermost in many farmers’ thoughts and so the WFU undertook to provide enough evidence to obtain a total ban on their use throughout the UK.”

There are many environmentally and animal friendly alternatives to balloon releases. If the occasion calls for a remembrance, why not plant a memory garden or just one tree? Though certainly not in keeping with a “reduce, reuse and recycle” lifestyle, there are pinwheels and streamers that can still offer a lovely display. Be certain that none are discarded at the site or beyond, as the purpose of not littering will be defeated.

Other alternatives to a balloon release are:

But never choose to release butterflies. They promote the breeding and exploitation of animals. A butterfly’s life is short. Not a minute should be spent in a container. Many of these beautiful creatures do not survive to fly away. And Lepidopterists warn that butterfly releases are not good for the environment, often introducing one species where it may not belong.