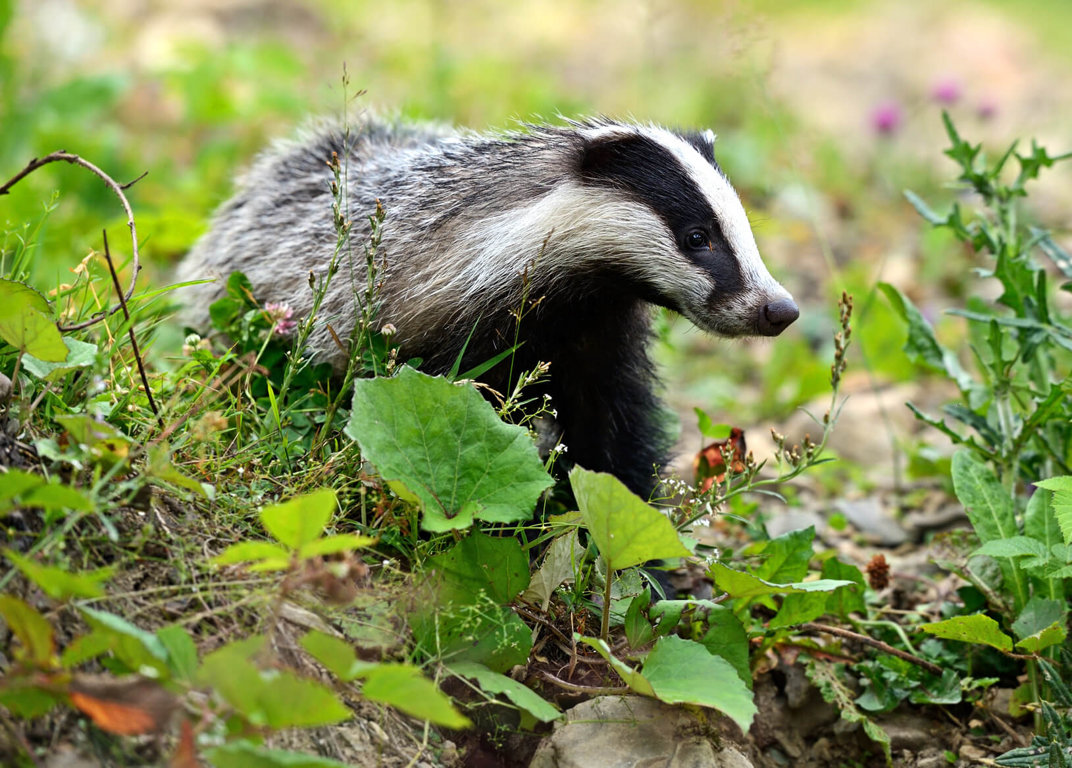 Wisconsin is home to the Badgers, a name for a land mammal. The badger symbolizes strength and tenacity, fitting for these hardworking Midwesterners.

Badgers are small to medium-sized omnivorous mammals in the family Mustelidae, including otters, polecats, and weasels. Badgers are found in much of Europe, Asia, and North America. They prefer areas with dense understory and are largely nocturnal animals. Some species feed exclusively on invertebrates and have specialized claws and teeth adapted for digging; others feed on plants. Badgers eat earthworms, insects, grubs, roots, fruit, and small vertebrates.

In this post, we’ll take a closer look at this iconic creature and some interesting facts about it. Stay tuned for an enlightening read!

The etymology of the word “badger” is uncertain. Perhaps it derives from the Old English bageard or the Old French baugier, both meaning “gray” (itself from Proto-Germanic *bagraz). Alternatively, it may be cognate with the Old Cornish word bugeir meaning “badger.” The name is possibly derived from specific references to the Eurasian badger in Western folklore and children’s stories. These references often involve some form of “Badger-baiting,” in which badgers were baited with dogs as a sport. This may be the origin of the word “bawling” (i.e., barking) out “Badger! Badger!” to warn others of their presence, as noted by Theodore Bernhard Klein in his 1998 book The Triumph of the Therianthropes: A Study of Beast-Fable Narratives.

Badgers have been referred to by several different names throughout history, including bawson, dassie, and Whickham. The term “badger,” originally applied to the European badger (Meles meles), comes from earlier bageard (16th century), presumably referring to the white mark borne like a badge on its forehead. Similarly, “badger hair” is found in brush-making, hat-making, and traditional shaving brushes. The word “badger” eventually derived from Old French baugé, or bauge, meaning “badger-like animal,” probably of Germanic origin.

In American English, the badger has been used to refer to many vertebrate species, including the prairie dog (Cynomys), the groundhog (Marmota), and even raccoons (Procyon).

The usage of the word for these American animals may stem from early American settlers who named the mammals after their Old World counterparts. Alternatively, it could also be a case of convergent evolution, in which different species independently evolve similar characteristics. The similarity between the two groups of animals is superficial, as the American badgers are members of the family Mustelidae (which also includes weasels, otters, and polecats). At the same time, the prairie dogs, groundhogs, and raccoons are all rodents in the family Sciuridae.

There are 17 badgers grouped into four categories: Melinae or Eurasian badgers, Helictidinae or ferret badgers, Mellivorinae or honey badgers, Taxideinae or American badgers, and Mydainae or stink badgers.

European badgers are larger than their American cousins and have darker fur. They are also more aggressive and are known to attack humans if provoked.

Badgers are found in many habitats, including woods, hedgerows, meadows, prairies, deserts, and even urban areas. They are most commonly found in setts (underground burrows) which dig themselves. Some of these burrows can be as deep as 15 feet (4.6 m) and as long as 50 feet (15 m).

Badgers are omnivores, which means they eat both plants and animals. Their diet includes earthworms, small mammals such as ground squirrels, reptiles, frogs, carrion (dead animals), and fruit.

Badgers have distinctive black and white striped markings on their face. They have short legs, and they are relatively heavyset. They have small eyes and ears and a long, stout body. They have dark, shaggy fur, usually grey, brown, or black. Males are larger than females and can weigh up to 40 pounds.

Badgers have many interesting behaviors, including digging extensive burrow systems, using different vocalizations to communicate, and engaging in communal grooming. Badgers are relatively timid animals but will defend themselves if they feel threatened. They are known to be fierce fighters when cornered and have been known to attack much larger animals such as bears and wolves.

Badgers are nocturnal animals and are generally solitary creatures except when females are raising their young or during the winter months when they may form groups called cetrads.

Badgers are mostly active at night and spend most of the day in their setts (underground burrows). In the winter months, they may hibernate for long periods.

Badgers are important members of the ecosystem because they help control populations of small mammals and invertebrates. Their burrows provide homes for other animals, such as rabbits, foxes, and owls.

Badgers are solitary animals, coming together only to mate. After a gestation period of around nine weeks, the female gives birth to two to five cubs. The young are born blind and deaf and stay in their mother’s underground set for the first few weeks of their lives. They start to emerge from the set at around three months old and learn to forage for themselves. However, they will continue to rely on their mother for food until they are around 18 months old.

Badgers can live up to 14 years in the wild but most only live for 4-5 years because of the risks associated with their lifestyle, such as being hit by cars, fighting with other badgers, or contracting diseases. Badgers have few natural predators, including humans, coyotes, and foxes.

Are Badgers Carnivores, Herbivores or Omnivores?

Most badgers are omnivores, which means they eat plants and animals. However, there are a few exceptions. For example, the honey badger is a carnivore, while the Chinese badger is primarily herbivorous.

Badgers are known to eat a wide variety of food items, including earthworms, insects, small mammals, reptiles, amphibians, birds, eggs, fruits, and vegetables. Badgers have been known to eat just about anything they can get their hands on!

While most badgers are not picky eaters, there are some things that they will not touch. Badgers have been known to turn their noses up at certain types of meat, such as pork and chicken. They also seem to avoid eating fish.

Can Badgers Be Pets?

While Wisconsin badgers can make for interesting and unique pets, they are also wild animals and, therefore, can be quite difficult to care for. Badgers are also not legal to own in all states, so it’s important to check your local laws before considering getting one.

Badgers are solitary creatures, so if you’re looking for a pet that will cuddle up with you on the couch, a badger is probably not the right choice. They are also very active and require a lot of space to roam, so a small apartment or home is not ideal. Badgers also have sharp claws and teeth that can be dangerous, so children and other pets in the home should be supervised around them.

Badgers have been known to carry some diseases, including rabies, bovine tuberculosis, and leptospirosis. Although they are not considered a major threat to human health, they can be dangerous if they feel threatened or are sick. If you come across a badger in the wild, it is best to leave it alone and avoid contact with it.

What Is the Difference Between a Skunk and a Badger?

The main difference between a skunk and a badger is that skunks are typically black and white, while badgers can be any color. Badgers also have longer legs and shorter tails than skunks. Also, badgers are more likely to live in underground burrows, while skunks typically build dens above ground. Finally, skunks are known for their ability to spray a foul-smelling liquid as a form of self-defense, while badgers do not have this capability.

The badger population faces many threats, including habitat loss and fragmentation, persecution, and disease. They are classified as the least concern on the IUCN Red List of Threatened Species as they are still widespread and relatively abundant. However, some subspecies, such as the European badger (Meles meles meles), are considered vulnerable. Keeping a badger as a pet or offering one for sale is an offense in the United Kingdom under the 1992 Protection of Badgers Act.

-Badgers have been known to kill snakes with their powerful claws.

-Despite their stocky appearance, badgers are adept swimmers known to drown their prey.

-Badgers are one of the few animals that will actively hunt and eat wasps.

-A group of badgers is called a cete.

Badgers are important ecosystem engineers and provide numerous ecosystem services. They play an important role in controlling small mammals and invertebrates, which can help reduce crop damage and disease transmission. In addition, their burrowing activities aerate and improve soil structure, which benefits a range of other species.