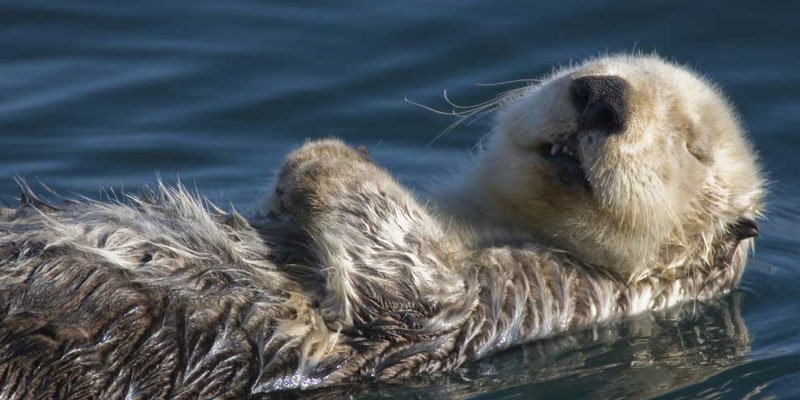 In nature, all living things are in some way connected. Within each community each species depends on one or more of the others for survival. And at the core of individual ecosystems is a creature, or in some cases a plant, known as a keystone species.

This species operates much like a true key stone, which is the stone at the top of an arch that supports the other stones and keeps the whole arch from falling down. When a keystone species is taken out of its environment, the whole system could collapse.

In California's Monterey Bay National Marine Sanctuary the sea otter is a keystone species in the kelp forest ecosystem. Kelp forests provide food and shelter for large numbers of fish and shellfish. Kelp also protect coastlines from damaging wave action. One of the sea otter's favorite delicacies is the sea urchin who in turn loves kelp.

When present in healthy numbers, sea otters keep sea urchin populations in check. But when sea otters decline, urchin numbers explode and grab onto kelp like flies on honey. The urchins chew off the anchors that keep the kelp in place, causing them to die and float away, setting off a chain reaction that depletes the food supply for other marine animals causing their numbers to decline.

By the early 20th century when sea otters were nearly hunted out of existence for their fur, kelp beds disappeared and so did the marine life that depended on kelp. Years later, conservationists moved some remaining otters from Big Sur to Central California. Gradually, their numbers grew, sea urchin numbers declined, and the kelp began to grow again. As the underwater forests grew, other species reappeared.

Protecting keystone species, like sea otters, is a priority for conservationists. Often, the extent of the keystone functions of a species aren't known until the species has been removed from its environment and the ecosystem changes. Rather than wait until it may be too late for the system's health and survival, scientists make every effort to keep an ecosystem working as nature had intended.