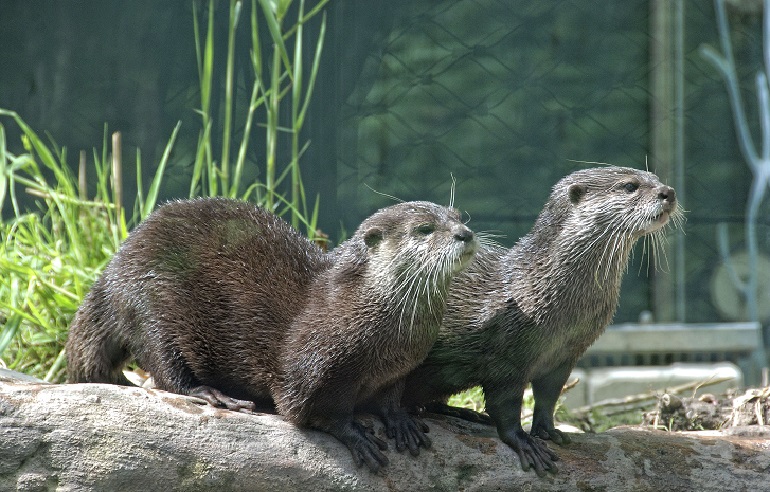 Otters are adorable creatures in many different parts of the world and always make a big splash when they appear. Otters are playful, curious, and loving animals that are sure to put a smile on your face.

These playful creatures are often associated with happiness and good luck, making them popular for tattoos and merchandise. But most people don’t know that otters are also one of the most efficient predators in the animal kingdom. They’re skilled hunters who can take down prey much larger than themselves.

This post will cover everything you need to know about the otter world. From their physical features to their behavior in the wild, we will explore everything there is to love about these playful creatures. So sit back and enjoy learning about one of nature’s most beloved animals!

Otters are carnivorous mammals in the subfamily Lutrinae. Lutrinae is a branch of the weasel family Mustelidae, which also includes badgers, mink, martens, and wolverines, among other carnivores. The 13 extant otter species are all semiaquatic, aquatic, or marine, with diets based on fish and invertebrates. These species range from the Asian small-clawed otter to the giant otter.

Otters have long, slim bodies and relatively short limbs. Their most striking anatomical features are the powerful webbed feet used to swim and their seal-like abilities to close the nostrils and ears underwater. More specifically, otters possess a unique reproductive system called delayed implantation; this means that although a litter of otters is born in the spring, their mothers delay implantation of the embryo until the following winter.

Otters are small to medium-sized mammals with compact bodies, short legs, and long, slim tails. They have thick, waterproof fur that keeps them warm in the water. The fur is typically brown or black but can also be grey, silver, or white. Otters have small eyes and ears, and their noses are unique among mammals in that they can close underwater.

Most otters live in small family groups consisting of a mother and her offspring, but some species are solitary. Otters are very playful animals, and their social play often resembles wrestling.

The otter’s primary method of locomotion on land is crawling on all fours, but they can also move quickly by galloping or bounding. In water, otters swim using their powerful tails and webbed feet.

Otters are intelligent and inquisitive animals and have been known to use tools. For example, some otters in Scotland have been observed using rocks to break open the shells of crabs.

Although otters are generally elusive and shy, they can be surprisingly aggressive when defending their territories or offspring. Male otters are especially territorial, and fights between them are not uncommon.

Otters are very vocal animals, producing a wide range of sounds, including hisses, growls, grunts, and screams. The purpose of these vocalizations is largely unknown, but they may be used to communicate alarm, aggression, or desire.

Otters are relatively long-lived animals, with some species living for up to 20 years in the wild. However, their life expectancy is often much shorter in captivity.

Otters are carnivores, and the diet of river otters consists primarily of fish, crabs, crayfish, crustaceans, and mollusks. They are skilled hunters and use their sharp claws and teeth to catch their prey. Moreover, river otters eat frogs, snakes, birds, and small mammals if the opportunity arises. Sea otters eat sea urchins, octopus, fish, crab, abalone, clams, and mussels.

River otters are voracious feeders that need to eat frequently to keep up with their energetic metabolisms. Sea otters require around a third of their body weight in food every day.

Otters reach sexual maturity at 2-3 years of age. Mating usually occurs in the water, and females give birth to litters of 1-5 youngsters after a gestation period of 60-90 days. The newborn otters are blind and helpless and rely on their mothers for warmth and protection. Baby otters are usually called pups or kittens.

Otters are weaned at 4-12 weeks of age and begin to learn how to swim and hunt at around the same time. Young otters stay with their mothers for 6-18 months before dispersing to find their territories. River otters do not breed until they reach the age of 5 years.

Humans hunt otters for their fur, meat, and organs, which are used in traditional Chinese medicine. They are also sometimes kept as pets. In some parts of the world, otters are considered a nuisance because they prey on fish stocks. As a result, they are often killed by fishermen.

However, their populations are declining in some areas due to habitat loss and pollution. The southern sea otter is an endangered animal nearly wiped out in the early 20th century, but thanks to an international treaty, it’s now on rebuild. The California sea otters, also called southern sea otters, have taken a long time to recover because there were also contaminants in their water and increased commercial fishing operations, which may have harmed them.

This decline has harmed the local ecosystem, as otters play an important role in controlling fish populations. In addition, the decline in otter numbers has made it difficult for people in the area to make a living from fishing. Otters are protected by law in many countries, but they are still hunted for their fur in some parts of the world.

Why Do Otters Have the Thickest Fur of Any Mammal?

To keep them warm! Otters live in some of the coldest waters on Earth, and their thick fur helps to keep them toasty. An otter’s fur is so thick and luscious that it consists of two layers: an outer layer of long, waterproof guard hairs and a soft, dense undercoat. All that fur helps otters maintain a body temperature of around 32 degrees Celsius, even when swimming in icy waters!

But the densest fur that keeps otters warm also has another important purpose: it helps to keep them safe. Predators like eagles and bears often hunt otters, but their furry coats make it difficult for these animals to get a good grip. So next time you see an otter frolicking in the water, remember that all that fur isn’t just for show – it’s essential for survival!

Otters are amazing animals that play an important role in their ecosystems. Unfortunately, these marine mammals are threatened by habitat loss, water pollution, and hunting. If you want to help otters, you can support organizations that work to protect their habitat and advocate for stricter hunting regulations. You can also donate to research projects focused on otters or promote awareness of these animals through education and outreach.