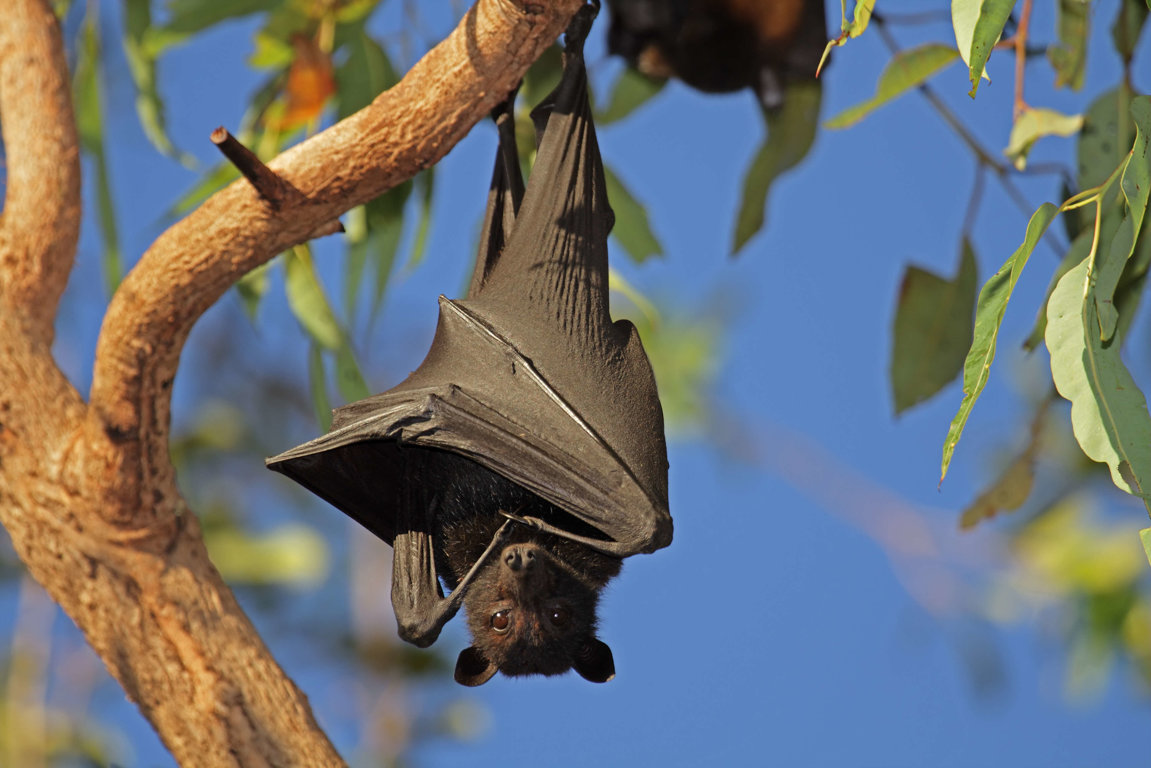 Bats are mammals of the order Chiroptera whose forelimbs form webbed wings, making them the only mammals naturally capable of true and sustained flight. Bat species account for about 20% of all mammals.

Bats are one of the most misunderstood creatures on the planet. Many people think they are dangerous and bloodsucking, but in reality, they play a very important role in our ecosystem. Bats are incredibly interesting animals, and we hope you will take the time to learn more about them. So without further ado, let’s get started!

Bats are small to medium-sized mammals with large, wing-like skin membranes called patagia stretched between their elongated finger bones. The patagia function as wings, allowing bats to fly. Bats range in color from pale brown to dark brown or black. Their fur is dense and soft, providing insulation against the cold night air. Bats have small eyes and large ears. Bat ears are five times (or more) the size of their head.

The longest-lived bat recorded is a little brown bat that was 34 years old. Bats are generally long-lived for their size; for example, the smallest bats often live over 20 years in captivity.

Bats play a major role in dispersing seeds; many tropical plants depend on bats for seed dispersal. Bats may also help pollinate; for example, nectar-feeding bats often transfer pollen while feeding on flowers. However, bats are often persecuted due to their association with vampires and other supernatural beings. This persecution can significantly impact bat populations and the ecosystems they support.

Megabats are large bats with a wingspan of up to 1.5 meters. They are found in tropical and subtropical regions of the world. Megabats are typically frugivorous, meaning that they eat fruit.

Microbats are small bats with a wingspan of up to 30 cm. They are found in all parts of the world except Antarctica. Microbats typically eat insects.

Bats are further classified into families and subfamilies. There are over 900 species of bats, divided into 24 families.

Some of the more common bat families include:

This is the largest family of bats, with over 150 species in tropical and subtropical regions worldwide. Pteropodidae includes the flying foxes, the largest bat species in the world.

This is a large family of bats, with over 400 species found in all parts of the world except Antarctica. Vespertilionidae includes the common Myotis bats, which are found in North America.

This family includes over 70 species found in tropical and temperate regions worldwide. Rhinolophidae is distinguished by the horseshoe-shaped fleshy growths on their noses.

This family includes over 60 species found in tropical and subtropical regions worldwide. Emballonuridae is distinguished by the sac-like structure of their wing membranes.

The remaining bat families each include fewer than 60 species.

Bats usually live in colonies of the same species. The bat colony can range from a few individuals to several thousand.

Mating and reproduction vary among bat species. In some species, males and females form long-term pair bonds and mate for life. In other species, male and female bats only come together to mate.

Gestation periods vary among bat species, from 40 days to over 6 months. Bats typically give birth to one or two offspring at a time. The baby bats are called pups. Bats reach sexual maturity at different ages, depending on the species. Megabats typically mature slower than microbats.

Bats can be found in various habitats, including forests, caves, deserts, and even urban areas. Bats are present throughout most of the world, except in extremely cold regions.

Bats eat a huge variety of prey items, depending on their location and species. Many tropical bats species are frugivorous, feeding almost exclusively on fruit, such as fruit bats. Other bats may be insectivorous, eating mostly insects, or nectarivorous, feeding mainly on flower nectar. Some bat populations may switch their diet seasonally; for example, some North American bats consume large numbers of moths in the summer but primarily eat bees in the winter.

Bats have many natural predators, including owls, hawks, snakes, and other bats. However, their biggest predator is humans. Humans hunt bats for food, sport, and traditional medicine. In some cultures, bat meat is considered a delicacy.

Why Bats Aren’t as Scary as You Think

Bats have a bad reputation. They are often associated with Halloween and horror movies. But bats are very interesting and beneficial animals. Here are some reasons why bats aren’t as scary as you think:

So, don’t be afraid the next time you see a bat! These fascinating creatures are an important part of our ecosystem.

Most bat populations appear to be declining rapidly due to various factors, including habitat destruction, depletion of their main food source (insects), and direct persecution.

Bats are essential to the health of many ecosystems and play a vital role in maintaining ecosystem balance. However, bats are facing significant challenges due to habitat loss and human disturbance. This is particularly true for cave-dwelling bats, which are especially vulnerable to human activity.

More than half (56%) of bat species (except the hoary bat) are endangered or vulnerable, and many face extinction due to white-nose syndrome. This infection has caused severe population decline across North America and Canada. This infection mostly appears on the muzzle and skin of hibernating bats in the white, powdery form.

The Nature Conservancy collaborated on a white nose fungus breakthrough in 2015 that saved the lives of countless bats.

Bat conservation international is another great organization working to save bats from extinction. The efforts it makes are important not only for the sake of bats but for the health of ecosystems worldwide.

What Can You Do to Help the Bat Colony?

There are many things you can do to help bats, such as:

You can install a bat house in your backyard to provide bats with a safe place to roost and raise their young. You can also ensure there are no gaps or cracks in your home where bats could enter.

Bats play an important role in pollinating many plants and dispersing seeds. You can help bats by planting native plants that attract them, such as evening primrose, yucca, or agave.

Pesticides can be harmful to bats and other wildlife. If you must use pesticides, only use them according to the directions on the label and avoid using them near bat roosting sites.

Educate Others about Bats

Many people are afraid of bats because they have been misinformed about them. You can help dispel these myths by educating others about bats’ important role in our ecosystems.

Many organizations are working to conserve bats and their habitats. You can support these efforts by donating to or volunteering for one of these organizations.

Bats are essential to the health of many ecosystems and play a vital role in maintaining ecosystem balance. However, they are facing significant challenges due to habitat loss and human disturbance. We must do our part to protect bat populations and their habitats. Next time you see a bat, don’t be afraid! Take a moment to appreciate these amazing animals.