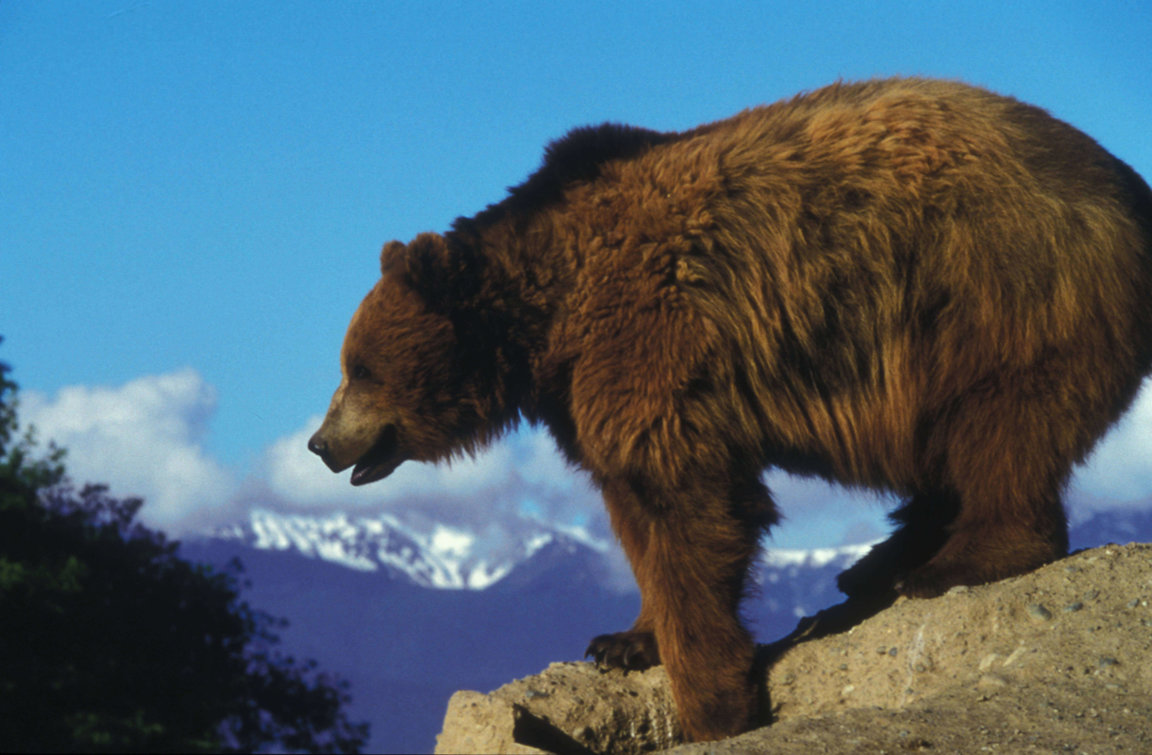 If you’re an animal lover, you must have a soft spot for grizzly bears. These powerful creatures are iconic symbols of the American West, and their intelligence and strength make them fascinating to watch. But what do we know about grizzly bears? This post will give you some insights into these amazing animals.

The grizzly bear (Ursus arctos horribilis), also known as the North American brown bear or simply brown bear, is a large mammal of the bear family, Ursidae. These bears are normally shy and avoid humans but can be dangerous if they feel threatened.

Grizzly bears are excellent swimmers and can run up to 35 miles per hour. They are also good climbers and often build their dens in trees.

Grizzly bears are large brown bears that live in North America. Grizzlies are typically 6 to 8 feet long and weigh 350 to 1,700 pounds. Female grizzly bears are generally smaller than males. The largest recorded grizzly bear was a male who weighed 2,200 pounds and was 8 feet 10 inches long.

Grizzlies have shaggy, brown fur that often appears blonde or red due to Guard’s hairs. The long hairs on their backs and shoulders give them a humped appearance. Grizzlies have small eyes, round ears, and a large head. Their front claws are longer than their rear claws and can be up to 4 inches long.

The average lifespan of a grizzly bear in the wild is 20 to 25 years.

Grizzly bears inhabit the Northern Continental Divide Ecosystem, Alaska, Canada, Northwestern Montana, northern Idaho, Wyoming, and Washington. They have also been known to travel into the western part of the United States, as far south as Yellowstone National Park.

In North America, they typically live in forested areas, such as the Rocky Mountains. In Europe and Asia, grizzly bears are found in mountain regions, such as the Himalayas.

Grizzly bears are omnivores, and their diet consists of both plants and animals. They are also opportunistic eaters; their diet varies depending on their options.

They feed on new grasses, shoots, and roots in the spring season and location. In the summer, they eat berries, fruits, and nuts. In the fall, they hunt for fish in rivers and streams. And in the winter, they eat the carcasses of dead animals.

Grizzlies can gain up to 3 pounds a day in the spring and summer when food is more plentiful. Grizzly bears will also eat small mammals, such as rodents or rabbits and calves of hoofed animals. And they will scavenge for carrion if they can find it.

Grizzly bears are normally shy and avoid humans. But if they feel threatened, they can be dangerous. These bears are very strong and can easily crush bones with their powerful jaws. They are also good swimmers and can run up to 35 miles per hour.

When grizzly bears are not eating or searching for food, they are usually resting or sleeping. They often build their dens in trees, protecting them from other animals and the elements.

Grizzly bears typically live alone but come together during mating season or when there is a good food source.

Grizzly bears have a good sense of smell and can often find hidden food. Grizzly bears are very strong and can easily crush bones with their powerful jaws.

The primary predators of grizzly bears are humans and other bears. Grizzlies have been known to attack people, although this is rare. Humans often threaten the grizzly population through hunting, habitat loss, and human-bear conflict. Climate change is also a major threat to these animals.

Grizzly bears reproduce sexually. Grizzly bear females will typically mate with multiple males. After a gestation period of 180 days, females will give birth to 1 to 4 cubs. Cubs are born blind and weigh only about one pound each. They will stay with their mother for the first two years of their life, learning to find food and avoid predators.

The grizzly bear is listed as a least threatened species and protected under the Endangered Species Act. These bears are protected in many national parks and reserves.

The U.S. Fish and Wildlife Service declared that after their numbers increased from 150 in the 1970s to more than 700 today, Yellowstone grizzly bear investigations have resulted in grizzly bear recovery!

The conservation of grizzly bears is complex. It only succeeds through a collaboration of many organizations, including the Interagency Grizzly Bear Committee, Native American tribes, state wildlife agencies, universities, federal authorities, and other organizations.

The biggest threat to grizzly bears is humans. Hunting, habitat loss, and human-bear conflicts have all contributed to the decline of these animals. You might be surprised to know that people in some parts of Canada hunt grizzlies for the trophy. In America, it’s not uncommon either because sometimes people confuse black bears with brown ones and shoot them.

Climate change is also a major threat to grizzly bears. As the climate gets warmer, their food sources will become scarce, and their habitat will shrink.

Grizzly bears are also at risk of becoming prey for other animals. Wolves and cougars will sometimes kill these bears, especially if they are cubs.

How Can You Help?

The best way to help grizzly bears is to educate yourself and others about these amazing animals. You can also support organizations that are working to protect them.

Grizzly bears are one of the most iconic animals in North America. These massive creatures are very strong and can be dangerous if they feel threatened. But they are also gentle giants that play an important role in their ecosystems.

Despite their impressive size, grizzly bears have a risk of habitat loss, hunting, and human-bear conflicts. Climate change is also a major threat to these animals.

You must do everything you can to protect them. You may assist by learning more about these creatures and sharing that information with others. By donating funds, you may also help organizations working to preserve the grizzly bear population and their habitats.

Thank you for taking the time to learn about grizzly bears. These magnificent creatures need our help to survive.