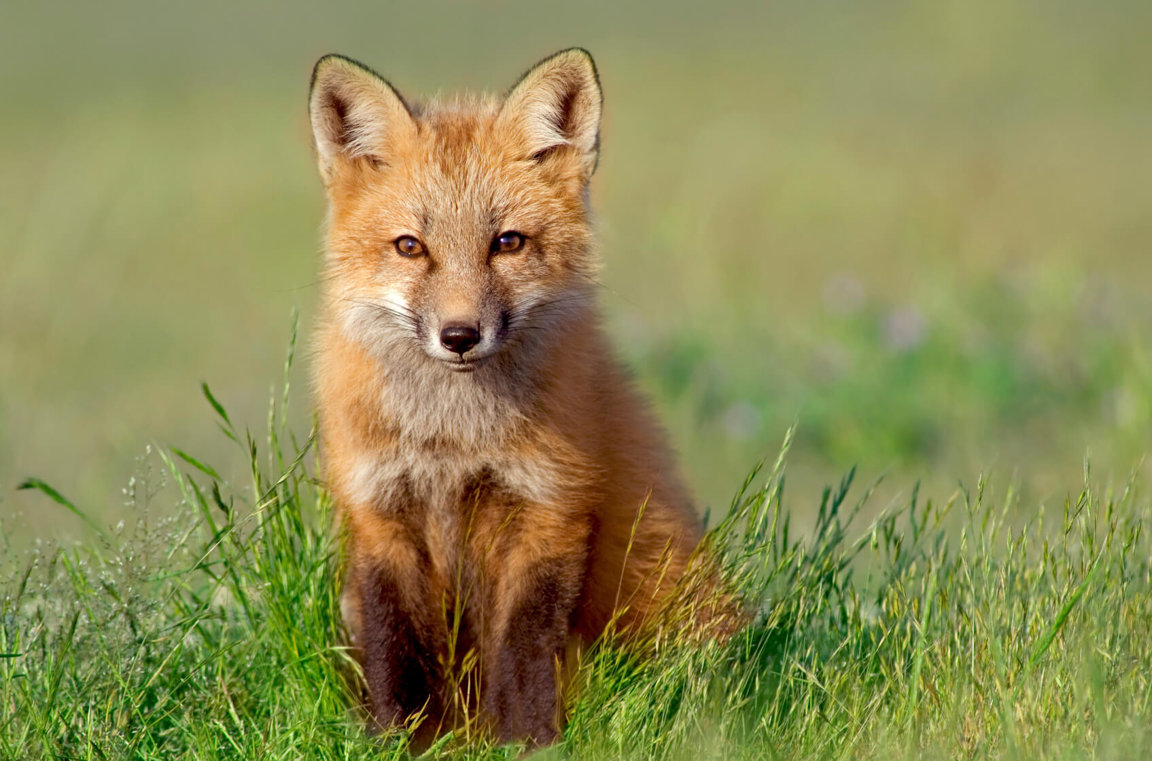 This blog post will take a closer look at red foxes and learn more about their habits and behavior.

The red fox is the largest of the true foxes and the most abundant member of the Carnivora, being present across much of the Northern Hemisphere from the Arctic Circle to North Africa, North America, Eurasia, and Australia.

Red foxes are one of the most common types of foxes. Red foxes are known for their cunning and intelligence. They are also very good at adapting to new environments.

Red foxes are popular animals in folklore and culture. They are often associated with cunning and trickery. In some Native American cultures, the red fox is considered to be a sacred animal.

The black and silver coats are common in North America, with varying amounts of white-banded hair in a black coat. These animals are sometimes known as silver foxes.

Red foxes are small to medium-sized mammals. They have long, elongated muzzle, triangular-shaped pointed ears, moderately long legs, and a bushy tail. The red fox’s coat is reddish brown with grayish-white underparts such as the chin, throat, and belly. Red foxes typically weigh 4-8 pounds (1.8-3.6 kg). The average adult red fox is two feet tall and three feet long with a 12-21 inches tail length. Males are usually larger than females. Unlike other canids, red foxes have more fur on their feet between toes.

Red foxes are found in many habitats, including forests, grasslands, prairies, mountains, and deserts. They are also common in urban areas such as cities and towns. However, red foxes prefer to live in areas with dense vegetation covers, such as forests or woodlands.

They are found on every continent except for Antarctica. The red fox is rare in the Southwest, where it is not found commonly. They also adapt to human environments, such as suburban areas, farms, and large communities.

Red foxes have a lifespan of 2-5 years in the wild and up to 10 years in captivity.

Red foxes are mostly omnivorous animals, but their diet can be quite flexible. Red foxes will eat more fruits and vegetables during the winter months when small mammals are hard to find.

Red foxes are mostly nocturnal animals. They are very active at night and spend most of the day resting in their dens.

Red foxes are solitary animals but sometimes form pairs or family groups. During the breeding season, red foxes will form pairs. The rest of the year, they generally live alone or in small family groups consisting of a mated pair and their offspring.

They are very good at camouflage and can be difficult to spot in their natural habitat. Red foxes are known for their cunning and intelligence. They are also very good at adapting to new environments.

Foxes have excellent hearing, which helps them locate prey. They can hear low-frequency noises and rodents tunneling underground.

Red foxes use a variety of vocalizations to communicate with each other, including barks, growls, whimpers, and screams. They use different sounds to communicate messages, such as warnings, threats, and invitations.

Red foxes also use body language to communicate with each other. For example, they will hold their tails upright when alert or frightened. They also use chemical communication via urine marking and scent glands.

Red foxes have a variety of predators, including coyotes, wolves, bears, eagles, humans, and other large predators. They are also sometimes killed by cars.

Red foxes are considered the least concern on the IUCN Red List of Threatened Species. However, habitat loss is a major threat to red foxes. As humans continue to develop land for housing and other purposes, red foxes are losing the forests, meadows, and other habitats they need to survive.

Vehicle collisions are another major threat to red foxes. As humans continue encroaching on their habitats, red foxes more frequently come into contact with cars and trucks. This often leads to injury or death for the foxes.

The breeding season of red foxes is winter. A female creates a den shortly after mating. Red foxes typically give birth to 2-5 kits per litter (or more) in early spring after the gestation period of 51 – 55 days. Kits are born blind and deaf, with dark brown fur, and are completely dependent on their mother for food and shelter. They open their eyes at about 2 weeks old and are weaned at 6-8 weeks old. Young foxes stay with their parents until they are about 8 months old. Red foxes reach sexual maturity at about 1 year old. They produce a single annual litter of kits.

Throughout the breeding and raising seasons, a red fox may utilize a variety of den sites; however, in late winter, the main den, known as a natal den, is generally established.

Red foxes are not typically kept as pets. They are wild animals and can be dangerous to humans. Foxes can also carry diseases that can harm humans, such as rabies. If you are considering keeping a fox as a pet, do your research and consult with a wildlife expert.

Red foxes are often mistakenly considered gray foxes since they live in the same region and have many similarities.

There are a few key differences between gray foxes and red foxes. One of the most obvious is that gray foxes have gray fur, while red foxes have, you guessed it, red fur. Red foxes also have patches of white fur on their chests and bellies, while gray foxes do not.

Another key difference is that gray foxes can climb trees while red foxes cannot. This is because gray foxes have shorter legs and more compact bodies than red foxes. This ability to climb gives gray foxes a bit of an advantage when it comes to hunting and escaping from large predators.

Finally, red foxes are more common than gray foxes, with a global population of roughly 45 million, compared to the 6-8 million gray foxes that are estimated to be alive today. Red foxes are also found on every continent except for Antarctica, while gray foxes are only found in North and South America.

Red foxes are one of the most common types of foxes in the world. They are found on every continent except for Antarctica. Red foxes are popular in zoos and wildlife parks due to their adaptability and intelligence. Despite their decline in some areas, red fox populations remain healthy and continue to be one of the most successful species in the animal kingdom.