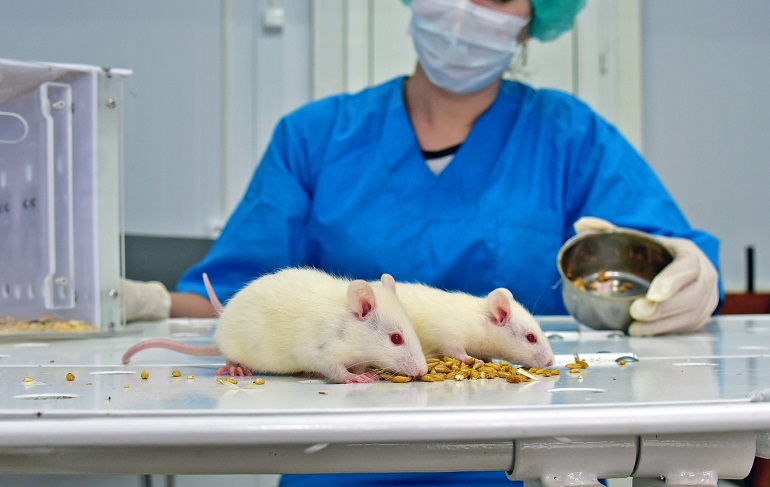 Animal product testing is a process that is used to determine certain products’ safety and efficacy. This type of testing can be performed on various animals, including rodents, guinea pigs, rabbits, and dogs.

The purpose of this testing is to identify any potential adverse effects that the product may have on these animals.

In the United States, many animals used in such testing are not included in official counts and do not benefit from the Animal Welfare Act. Animal product testing is an important step in the development of new drugs and other products, but it can also be a controversial topic.

Many people believe that animal testing should not be conducted, while others feel it is necessary to protect human health and safety. Ultimately, the decision about whether or not to perform animal product testing rests with the individual or company responsible for developing the consumer product.

What Products Are Considered Cosmetics?

The FDA defines cosmetics as “articles intended to be rubbed, poured, sprinkled, or sprayed on, introduced into, or otherwise applied to the human body…for cleansing, beautifying, promoting attractiveness, or altering the appearance” This includes human skin care, hair products, makeup, and fragrance products.

Household products such as cleaning supplies, air fresheners, and laundry detergent may be tested on animals. These tests are typically performed to assess the potential for these products to cause skin or eye irritation or determine their lethal dose.

Many people don’t realize that some cosmetics are also tested on animals. In fact, according to a report by the Food and Drug Administration (FDA), “almost all makeup—including lipstick, eyeshadow, nail polish, foundation, blush—and more than two-thirds of shampoos and conditioners contain ingredients that were tested on animals.”

Why is Animal Testing Used?

Animal testing is also used to evaluate the effectiveness of new medications and treatments. By testing new drugs on animals, researchers can determine whether or not the medication is effective and safe for humans.

Animal testing is also used to study the effects of various chemicals and substances on the body. By testing these substances on animals, researchers can learn more about how they affect the body and whether or not they are safe for human exposure.

Animal testing is a controversial topic, and there are serious repercussions of this unethical practice.

Where Is Cosmetics Testing on Animals Mandatory?

In the United States, the Food and Drug Administration (FDA) requires that all cosmetics be tested for safety before they are sold. However, the FDA and CPSC (Consumer Product Safety Commission) does not require to conduct animal tests.

Despite the bans, some companies still test their products on animals to sell them in markets where such testing is required by law.

For example, China requires that all cosmetics be tested on animals before being sold in the country. As a result, many cosmetics companies choose to test their products on animals in China, even if they are not required in other markets.

What Is Being Done to Reduce the Use of Animal-tested Cosmetics?

There is a growing movement to reduce the use of animals in cosmetics testing. In 2013, the European Union passed a law prohibiting selling cosmetics tested on animals, regardless of where those tests were conducted.

Many multinational companies have also pledged to stop using animals in cosmetics testing. For example, L’Oreal has committed to phasing out all animal testing for its products by 2019.

In addition, several organizations are working to promote the use of alternative methods to animal testing. One such organization is the Center for Alternatives to Animal Testing (CAAT), which works to develop and validate new methods that can replace animal tests.

Where Is Cosmetics Testing on Animals Banned?

The following countries have banned or are in the process of banning cosmetics testing on animals:

Norway was the first country to ban testing cosmetics on animals in 1990.

Israel banned cosmetics testing in 2007 and became the first country in the world to ban the import and sale of cosmetics that were tested on animals outside of the country.

Some states, including South Korea and Mexico, have passed laws to limit cosmetic animal testing.

What Are the Alternatives to Animal Testing?

There are many ways to test products without using animals. These include in vitro test methods, which use cell and tissue cultures instead of whole animals; computer models, which simulate the effects of a product on humans; and ethical methods, which involve human volunteers.

In vitro methods are often more accurate than animal testing because they can directly observe the effects of a product on human cells.

Computer models are also becoming more sophisticated and can predict the effects of a product on humans with greater accuracy than animal testing.

Ethical methods, while not always as accurate as other methods, do not involve the use of animals and so are considered to be more humane.

In short, the non-animal test methods include:

Why Do Some Companies Still Use Animal Testing for Cosmetics?

Animal testing is a controversial practice that has been the subject of much debate. Some people believe that it is necessary to ensure the safety of cosmetics products, while others argue that it is cruel and unnecessary.

Despite the bans on animal testing in some countries, many cosmetics companies still use it. One reason for this is that there is no agreed-upon alternative to animal testing that most regulatory agencies would accept.

In vitro testing is one potential alternative but it is not yet considered to be as reliable as animal testing.

Another reason that companies continue to use cosmetic animal testing is that it can be expensive and time-consuming to develop new products without using animals. Companies that do not want to or cannot afford to invest in developing new testing methods may continue using animal testing.

Animal rights activists have long campaigned against the practice of animal testing, and their efforts have been successful in raising awareness about the issue. As more people become aware of the cruelty of animal testing, more companies will likely be pressured to stop using it.

What Are the Benefits of Animal Testing?

Animal testing has helped to develop many life-saving treatments for both humans and animals.

Without animal testing, many lifesaving treatments would not be available today. Animal testing has contributed to the development of vaccines against diseases such as polio, rabies, and typhoid. It has also helped to develop treatments for cancer, heart disease, and diabetes.

Animal testing has also played a vital role in developing new surgical techniques such as organ transplantation and hip replacement surgery. The safety testing of drugs and other products such as cosmetics, food additives, and industrial chemicals would not be possible without animal testing.

What Are the Drawbacks of Animal Testing?

There are several drawbacks to animal testing. Animals used in experiments can suffer from pain, distress, and even death. This often leads to public outcry and can damage the reputation of the companies or organizations carrying out the tests.

Animal testing is also expensive and time-consuming. Some non-animal tests, such as computer and in vitro tests, have largely replaced many outdated animal tests that were developed decades ago and are often cheaper and faster than animal testing.

What Is the Future of Animal Testing?

The future of animal testing depends on the development of new and more accurate methods that do not involve animals. In vitro and computer methods models are becoming more sophisticated and may eventually replace animal testing altogether.

Ethical methods, while not always as accurate as other methods, are considered to be more humane and so may also play a role in the future of product testing.

Which Cosmetics Tests Are Performed on Animals?

Here is a list of cosmetic tests that are performed on animals:

The most common animal tests performed on cosmetics include the Draize eye irritancy test, in which chemicals are applied to the eyes of rabbits to measure their potential to cause irritation or damage.

These eye irritation tests are considered inhumane, as they can cause blindness, hemorrhaging, and ulceration.

Another way that animals are used in cosmetics testing is called the LD50 test. This stands for “lethal dose, 50%.” In this test, animals have force-fed extremely high doses of a substance until 50% of them died.

This method is used to determine the toxicity of a test substance. These toxicity tests are cruel and provide little information about how these potentially harmful substances will affect humans.

Animal experiments are usually conducted to assess the safety of new drugs, cosmetics, or chemicals before they are made available to humans. However, these tests often fail to accurately predict how humans will respond to these products, leading to serious health consequences for both animals and people.

Some of the problems with animal tests include:

What Can You Do to Help Reduce the Use of Animals in Cosmetics Testing?

There are several things you can do to help reduce the use of animals in cosmetics testing.

Animal testing should be a last resort after other methods have been exhausted. However, when used, it must be done humanely and with the animals’ well-being in mind.