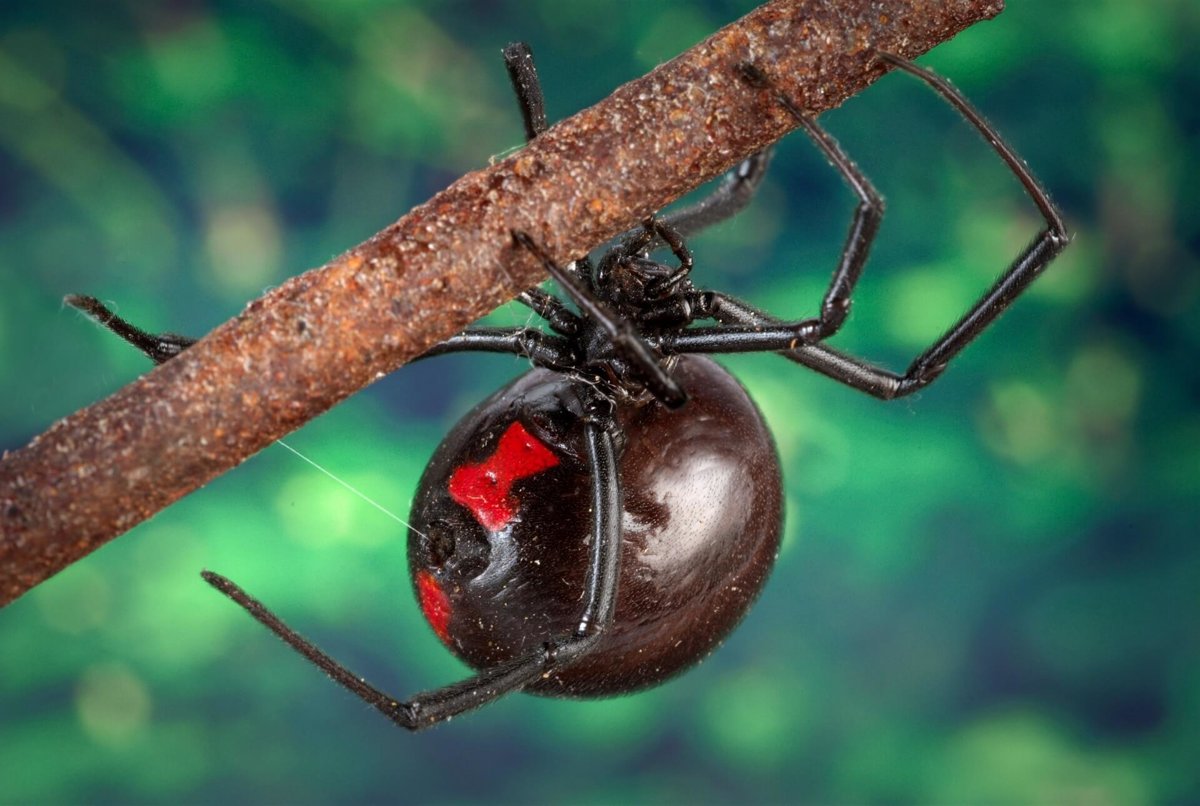 Spiders are invertebrates but are not considered insects because they only have two main body parts instead of three, eight legs instead of six and no antennae. Most spiders also have eight simple eyes, while insects have large, compound eyes. Some have no eyes and others have as many as 12. Spiders, along with ticks, mites, harvestmen and scorpions, are called arachnida. They are also classified into a special group called araneae because they have very slender waists compared to other arachnida.

Spiders are found worldwide on every continent except for Antarctica, and have become established in nearly every habitat. Over 43,000 spider species have been recorded.

Most spiders are carnivorous, usually feeding on insects. Some are big enough to prey on larger animals such as mice or small birds. Without spiders, insect numbers would skyrocket and bugs would devour our crops. Most spiders eat about 2,000 insects a year.

Some spiders live in silk-lined burrows and leap out to capture prey. Some lie in ambush. Some go hunting in search of prey and others spin webs to entrap them. Some spiders capture prey with silk-made nets, and others use spider silk as "fishing lines". Spider silk is also used to protect their babies, to create shelters and to assist them as they move and reproduce. Some spiders even build "submarines" that hold air so they can stay under water. Most live on land, but a few live in and on water and can run across water.

Spider webs are made of continuous strands of spider silk produced from glands under their bellies. Most take about 60 minutes to construct. The webs have three parts: the frame, built first and attached to plants or other objects; the radii, which radiate out from the center like spokes of a bicycle and transmit vibrations from prey; and the catching spiral, the sticky threads that stretch without breaking making it difficult for insects to escape.

Small and young spiders can travel for miles on air breezes, a travel method called ballooning. To lure other spiders from their webs, the jumping spider plucks rhythms at the corner of a web to mimic a trapped insect.

Male spiders identify themselves by a variety of complex courtship rituals to avoid being eaten by the females. In web-weaving species precise patterns of vibrations in the web are a major part of the rituals. Patterns of touches on the female's body are important in spiders that hunt actively, and may "hypnotize" the female. Gestures and dances by the male are important for jumping spiders, which have excellent eyesight. Males of most species survive a few matings, limited mainly by their short life spans.

Females weave silk egg-cases, each of which may contain hundreds of eggs. Baby spiders pass all their larval stages inside the egg and hatch as spiderlings, very small and sexually immature but similar in shape to adults.

Females of many species care for their young, for example by carrying them around or by sharing food with them. Some spider mothers respond to the "begging" behavior of their young by giving them their prey, provided it is no longer struggling, or even regurgitate food. Like other arthropods, spiders have to molt to grow as their skin cannot stretch.

Some spider species are social, building communal webs that may house anywhere from a few to 50,000 individuals. Social behavior ranges from precarious toleration to co-operative hunting and food-sharing. Social predatory spiders need to defend their prey against thieves, and larger colonies are more successful in this. The herbivorous spider Bagheera kiplingi lives in small colonies which help to protect eggs and spiderlings. Even widow spiders, which are notoriously cannibalistic, have been known to form small colonies, sharing webs and feeding together.

Although spiders are generally regarded as predatory, some feed on plants and nectar. Various species are known to feed on dead arthropods (scavenging), web silk, and their own shed exoskeletons. Pollen caught in webs may also be eaten.

The best-known method of prey capture is by means of sticky webs. Varying placement of webs allows different species of spider to trap different insects in the same area. For example, flat horizontal webs trap insects that fly up from vegetation underneath while flat vertical webs trap insects in horizontal flight. Web-building spiders have poor vision, but are extremely sensitive to vibrations.

Some water spiders build underwater "diving bell" webs which they fill with air and use for digesting prey, molting, mating and raising offspring. They live almost entirely within the bells, darting out to catch prey animals that touch the bell or the threads that anchor it. A few spiders use the surfaces of lakes and ponds as "webs", detecting trapped insects by the vibrations that these cause while struggling.

Net-casting spiders weave only small webs but then manipulate them to trap prey. Some stretch their webs and then release them when prey strike them, but do not actively move their webs. Others weave smaller webs, hold them outstretched between their first two pairs of legs, and lunge and push the webs to trap prey. Some spiders emit chemicals that resemble the pheromones of other animals to attract prey.

Trapdoor spiders and many tarantulas are ambush predators that lurk in burrows, often closed by trapdoors and often surrounded by networks of silk threads that alert these spiders to the presence of prey. Other ambush predators do without such aids, including many crab spiders. A few species that prey on bees, who see ultraviolet, can adjust their ultraviolet reflectance to match the flowers in which they are lurking. Wolf spiders, jumping spiders, fishing spiders and some crab spiders capture prey by chasing it, and rely mainly on vision to locate prey. Some spider species mimic different ant species. They look like ants and modify their behavior to resemble that of the target species of ant.

Although most spiders live for, at most, two years, tarantulas and other mygalomorph spiders can live up to 25 years.

Like most animals, the primary threat to spiders is the destruction of their habitat. Human development has taken an alarming toll on the environment. Impact from land use practices such as agricultural conversion, deforestation, and urban sprawl continue to degrade and fragment remaining pockets of habitat and accelerate biodiversity loss. Pesticides and other forms of pollution are also of serious concern, as well as genetically modified organisms (GMOs).

Spiders are also victims the pet trade, sold for a short life in captivity for human amusement. Captivity is cruel for wild animals. The physical and physiological needs of animals can never be met in captivity.