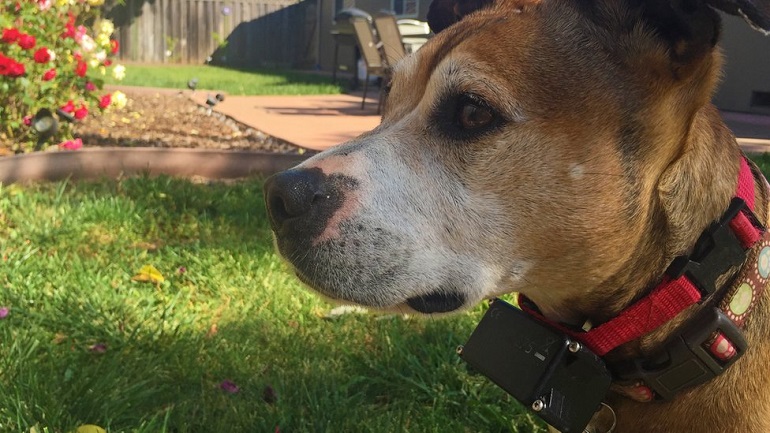 Would you collar your kids to keep them from playing around? You won’t, of course. And precisely what playing around for your children is, barking is for the dogs. However, the advancement in technology might have introduced some exceptions—your takeaway from this article.

Now, a dog shock collar has many uses. Many dog owners deem it a necessary training device to train dogs, many put it around their dogs’ necks to prevent them from snarling, and many find it cruel for the sake of animal abuse and, to some extent, moral violence.

Well, that’s what might be confusing you and making up your mind against the instrument. But it is way one-sided, for you are not done reading this guide where not only are the answers to if the dog shock collars are recommended by vets but also the conclusion about the safety of dogs while they wear the so-called training collar.

Stay tuned, for here comes the exciting turn, starting with what exactly dog shock collars are, followed by their power and amiability with your canines.

What Are Dog Shock Collars?

Dog shock collars are also known as e-collars. Dog trainers have long been using them to train hunting dogs. While we will get to their pros and cons in a moment, you should know that different dog shock collars produce electric shocks of varying intensities.

It also tells you that not every shock collar is for your dog and that you should stay with us till the very end. It is because we have also added the optimal power of shock that’s enough to let your dog know of their limits while not being cruel to their innocent selves.

Anyways, turning back to the point, these e-collars or shock collars feature the collar itself and a remote control out of the box hosting a few buttons, including the shock activator.

Both devices are powered by replaceable batteries that drain per the power each shock consumes. Now, you may shock your dog to train them to maintain proximity, to educate them on routine etiquette, or for plenty of purposes, but mind the frequency and the strength of the shocks.

Speaking of strength, here is a general range of volts in a shock collar vital for your dog’s health.

How Many Volts Are in a Dog Shock Collar Generally?

As crucial as the question if dog shock collars are cruel to dogs, the volts decide the cruelty and hold a highly-influential emphasis on your choice of the instrument.

As a matter of fact, a shock collar can be as light as 400 volts and as aggressive as 7000 volts in a single shock. It is ample to process, but it is what it is!

We’d suggest you never choose an electric dog collar based on your perception, it would be best to first weigh your dog’s strength, toughness, and energy while they make the most of their playing time.

It is because it will give you a more refined idea if your dog would be able to take the shock of either 400 volts, 3500 volts, or full-blown 7000 volts, for example.

It may have turned you into deliberating over the ideal range of shock volts, and fortunately, the upcoming section answers just that; read it for yourself.

How Many Volts in a Dog Electric Collar Are Considered Safe?

As we said, dog owners should always be mindful of their dog’s physique when choosing a training dog collar, and the same is for the ideal range of shock volts.

When you consider your dog’s size, you intuit an idea that either this would be the best number or it should be something else.

However, since we are being generic here, you could predict as low as 2000 volts and as high as 4000 volts as the safe volts range for your dog shock collar.

It is more like the former is for weak or more docile dogs, and the latter is for fully-grown and stubborn breeds, such as Siberian Husky, German Shepherd, Golden Retriever for docile species, and more, to name a few.

There is another drill; for dog training, you may start with 2000 volts for a grown-up dog and see if it makes any difference in their unwanted behavior and shift lower for docile breeds, like below 2000 volts, and notice their behavior the same way.

As much as we can process, you wouldn’t find the need to upgrade the electric shock power, for your dogs would evidently show the difference in a few days or, at the very least, within a week.

Are Shock Collars Cruel to Dogs?

Remember when we pointed out the exceptions in technology in the very first paragraph of this article? Well, here is one of them; scientists have introduced dog shock collars that are as gentle as a TENS machine pinch to treat stubborn pain in different areas of the body.

You can get these training collars from the market that would pinch your dog’s neck for a while, which would be intense enough to restrict them from the to-be-committed action. Now, for the fact, it does not make these dog shock collars cruel ‘anymore.’

You can also find traditional dog shock collars in the market, and they may result in curious shocks, even with lower intensity. It is because some of these instruments can sync with electric fences and may trigger jolts when the dog tries to breach them.

And since it is automatic, it may trigger the shocks several times, which would ultimately be cruel though the jolt would be lower volts.

Can a Shock Collar Hurt a Dog’s Throat?

If you are not careful, yes, it can be a wild threat to your dog’s throat and could even hurt it to a severe injury. But, it is in the case of more repetitive shocks like the automatic shock collars we talked about earlier.

However, you can not deny the fact that even a drop of water could break through the stone. And it is an electric shock we are talking about, which could injure or tear the throat tissue apart, irrespective of light or strong shocks being administered to your dog’s neck.

For a definitive answer, by the way, we’d say, yes! A dog shock collar can hurt your dog’s throat, which is one of many reasons you should not be abrupt while choosing one for your canine companion.

Also, upon harsh usage of the devices, a dog trainer may turn his dog into an afraid and more hesitant animal than he wanted them trained.

It’s the same process as that with a human who loses their capability to face things, or even worse, process what is going on in front of their eyes—acting as if they are somewhere else while being in the moment.

Perhaps the most important question throughout the guide, and the answer is equally satisfying.

With the vets, there are two scenarios.

In the first scenario, the veterinarians vote against the use of dog shock collars, but their opposition is for the devices that are more powerful and may cause extreme instincts of pain to your dog.

In the second scenario, the veterinarians may encourage the use of dog shock collars that resemble TENS machines that pinch to heal the painful areas of the body. But, you should know that these gentle dog collars are expensive and may not be widely available in the markets.

So, with solid anticipation to have answered your queries concerning the topic, i.e., how many volts is a shock collar? We are confident you now know if a dog shock collar is for your roommate or not; No! Not the human roommate, but the one that acts more human than your friend.

Anyway, here is the takeaway;

There are two types of dog shock collars you could tag over your dog’s neck; one of the two is a traditional high-voltage device, and the second is a low-voltage collar that works just the way a TENS machine does.

Should you conclude your journey with a traditional type, you should know that the ideal shock range is between 2000-4000 volts, with fewer shocks administered to your dog to keep their mental state intact.

In the case where you are excessive with the painful electrical shock, you may end up injuring your dog’s vocal cords, which is the last thing you’d want to give your loyal partner for all they have done for you.

That said, the excessiveness is irrespective of the type of dog shock collar you use.