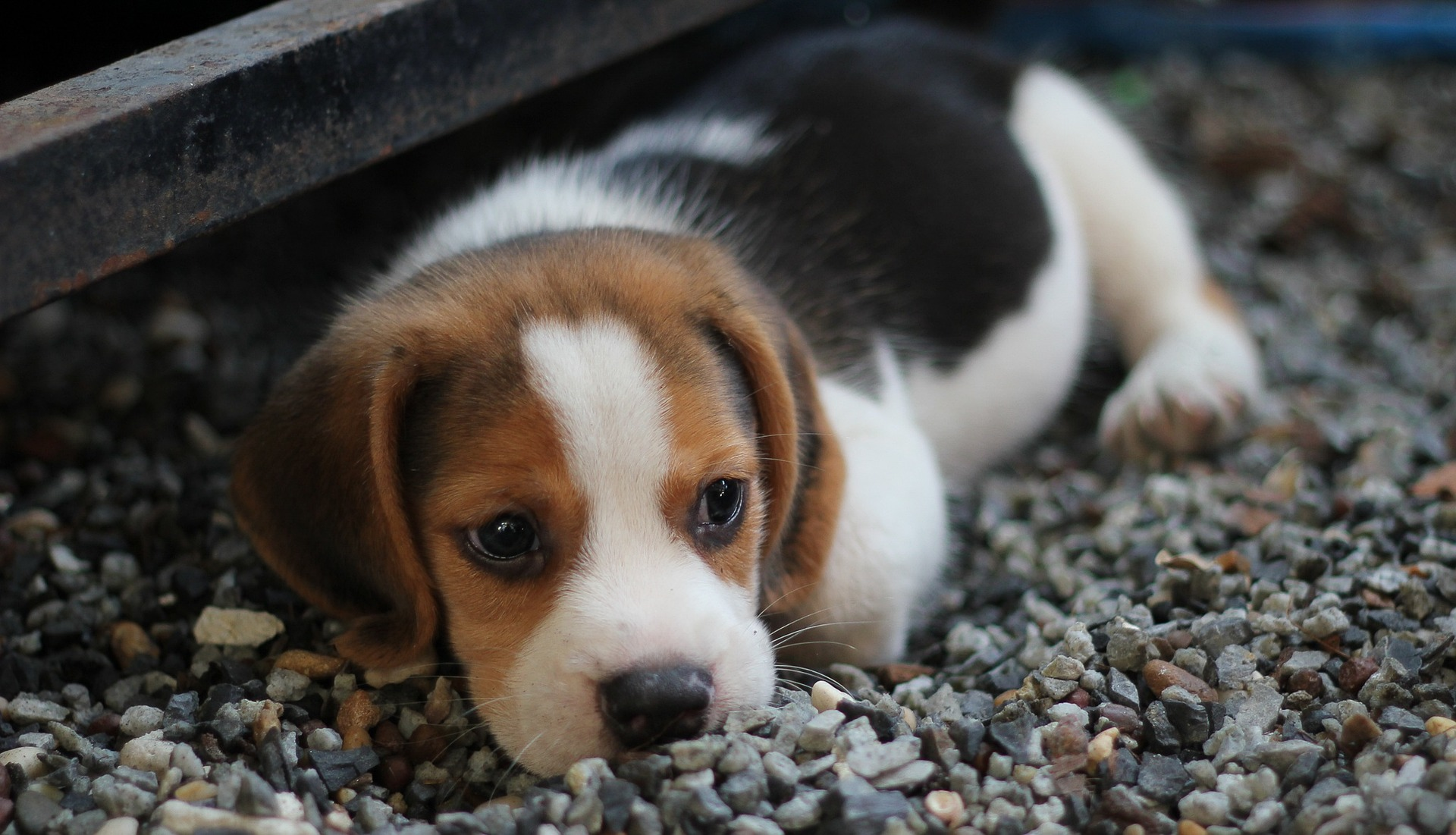 Each year approximately 3.1 million dogs and 3.2 million cats enter animal shelters in the US alone, with nearly twice as many of them strays compared to the numbers surrendered by their owners.

Sadly almost 920,000 of these companion animals are euthanized as animal shelters struggle to cope with the numbers and find adoptive homes for them, according to the data from Shelter Animals Count

Yet these numbers could be significantly decreased by the neutering and spaying of cats and dogs. In addition, commercial and accidental breeding contributes largely to unwanted pets becoming shelter statistics.

As responsible dog owners, the onus lies with us in not only preventing unwanted litters but to help alleviate the pet overpopulation problem. Having your pet neutered or spayed not only eliminates the risk of surprise pregnancies but has also been proven to increase your pet’s chances of a longer, healthier life.

Why Spay or Neuter Your Dog?

Spaying or neutering dogs doesn’t just help prevent accidental litters. It benefits them both behaviorally and medically. Whatever your reasons, whether it’s for the good of your pet or for the greater good of helping curb animal overpopulation,  spaying or neutering your pet has many advantages.

A normal litter size for a dog can range from one to 12 puppies, with five to six puppies being the average across all dog breeds. At the same time, female felines can produce between one and nine kittens in a litter – most commonly four to six.

More worrying is that dogs and cats can have up to three litters a year, depending on their reproductive life, size and breed. This means that, on average, both animals can produce up to a staggering 30 litters by the time they reach 11 years of age.

And in most cases of unwanted pregnancy, owners thought their unspayed female dog would not get pregnant because their property was fenced in. But a male dog can smell a female in heat from over half a mile away and can surprise with its ability to overcome most obstacles.

A study by the University of Georgia found, on average, that the lifespan of neutered dogs is demonstrably larger than the span of those not. On average, the age of intact dogs at 7.9 years versus a significantly older 9.4 for altered dogs.

Spaying female dogs not only reduces the possibility of diseases such as ovarian and uterine cancer but also greatly reduces the incidence of breast cancer. The rate goes down to almost zero for breast cancer if the spaying is done before the first heat cycle.

Neutering male dogs reduces their health risks of developing hernias and prostatic disease and the chances of developing testicular cancer. It also helps lower their risk of pancreatic cancer.

Spaying or Neutering Will Not Make Your Pet Fat

Spaying or neutering a dog will alter its hormonal balance, which will lead to its metabolism slowing down. However, weight gain and obesity are the results of overfeeding and lack of exercise after the procedure.

Simply put, the calories consumed are converted to energy more slowly, meaning they need to take in fewer of them. Therefore, if a pet is fed the same number of calories as it consumed before the procedure and does not remain fit, it will put on extra pounds.

May Help with Certain Behavior Issues

Studies show that behavioral problems in most cases (male dogs 74%, female dogs 59%) are reduced or have even disappeared after neutering. At best, hypersexuality and undesirable behaviors are changed

Once a dog has been neutered, they are less likely to behave aggressively toward other dogs due to the loss of testosterone as a result of the surgery. In addition, behavior issues such as territory marking and spraying strong-smelling urine in the house are also less likely to happen.

In female dogs, heat cycles cause significant hormonal changes, with some becoming irritable and nervous and even feeling pain due to ovulation. After the procedure, the pet spayed will no longer experience these hormonal changes, and its behavior may become more consistent.

Your Male Dog Won’t Want to Roam Away From Home

Neutered cats and dogs are happier at home. One of the reasons for this is that 90% of male dogs are less prone to sexual wandering once fixed.  The reduced life span of unsterilized pets can, in part, be attributed to an increased urge to wander away from home to get to a female in heat with the possibility of tragic consequences

But it’s not only unneutered dogs that are prone to wandering. Sexual hormones are strong motivators in both males and females to breed. And it is not unheard of for an unspayed female dog to get out of the yard with the goal of breeding

Roaming not only exposes them to fights with other animals, resulting in injuries and infections but the very real danger of being hit by a car.

It is Cost Effective

Put it this way. The cost of a pet’s spay or neuter is significantly less than the cost of having and caring for a litter of unwanted dogs. There are a lot of variables on pricing, which run in the region of  $50 to $500, with costs at the lower end generally subsidized by an animal welfare agency.

Typically the spay or neuter cost will be affected by the animal’s weight. The more it weighs, the higher the cost. So getting the procedure done when they are young will end up being less costly as they weigh less.

At What Age Should a Dog be Spayed or Neutered?

Hormones play a large part in a puppy’s development. Therefore, they mustn’t be spayed too early as it could result in pet’s health problems later on, such as an increase in torn ligaments, hip dysplasia, bone cancer, and urinary infections.

Generally speaking, you should wait until your dog is at least six to 12 months or older before carrying out neutering or spaying for long-term health effects.

However, for large dogs that are prone to orthopedic issues, such as Golden Retrievers, it is recommended that you wait until they are 9 to 18 months of age.

And contrary to popular belief, it may not be best to wait until your female dog has gone through her first heat cycle. If you are unsure, seek advice from your vet, who will be able to advise you on the best time to get your puppy spayed.

What is The Recovery Time for Spaying or Neutering a Dog?

Spaying and neutering are common surgical procedures, but as with any form of surgery, sterilization comes with some anesthetic and surgical risks.

Post-operative care following your dog’s spay or neuter is critical to promote recovery. Proper aftercare helps to prevent complications like pain, bleeding, infections, and other issues and ensures a smooth recovery.

Most veterinarians suggest giving your dog pain medication and restricting your dog’s activity for 10 to 14 days post-surgery to enable the incision to heal properly.

But it’s important to remember that your pet’s hormones might linger for a while post-surgery. For example, it can take up to three weeks in a spayed female, where her scent might still retain the ability to draw in male companion dogs.

And for males, it’s even longer. Male dogs are still capable of breeding for up to six weeks after neutering. The best plan of action is to play it safe and keep him away from in-season females until he is beyond that time frame.

The benefits of neutering dog are multifarious. The best way to prevent your dog from having unwanted puppies is to get them spayed or neutered. The procedure is cost-effective and certainly costs less than caring for an unplanned pregnancy or vet bills due to accidents or fights from escaped pets on heat.

Even the most adored crossbreeds that so many of us own are accidents of unwanted litters that turned out well, but this must not go any further.

The sad reality is that until mandatory spay/neuter laws for pet owners are passed, the number of unwanted pets in animal shelters will continue to climb. But you can’t always mandate people to do the right thing!

We can; however, all play a part by being responsible pet owners and doing the right thing – by spaying and neutering our dogs.