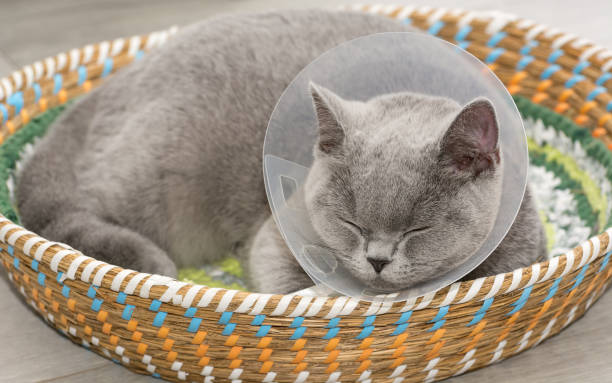 Having your cat neutered is a talking point for many cat owners. Taking away your feline companion’s reproductive capabilities can feel savage and cruel. However, there are many health benefits to getting a cat spayed or neutered.

Being a cat owner my entire life and having had family members work for national cat charities in the UK, I have seen firsthand the damaging effects of unwanted kittens and the broader health impacts of leaving female cats and male cats unneutered.

There are six key benefits of neutering cats.

What Are the Benefits of Neutering & Spaying

The benefits of spaying or neutering your cat are multiple folds and relate to both cat health and also the wider impact of lifestyle and impact on society.

Does Neutering a Cat Prevents Disease?

Yes, neutering a cat does prevent disease. The occurrence of certain diseases decreases when a cat is neutered or spayed. For example, male cat neutering reduces the risk of prostatic disease and hernias while eliminating testicular cancer risk.

Does Neutering Reduce the Risk of a Cat Roaming?

Once a cat is neutered, they are less likely to walk as it will have no interest in mating. The risks of roaming extend beyond merely losing track of where they live. Roaming increases the risk of cats being involved in traffic accidents and subsequent medical care costs.

Neutering lowers the chance of fighting other cats or other animals, or even simpler, reduces the chance someone may take your pet to the vet or an animal shelter.

Will a Cat Be Calmer Once It Is Neutered?

Yes, cats become calmer once they are neutered. When a female cat is spayed, they no longer have to go through a heat cycle and becomes a calmer cat as a result. During their heat cycles, female felines become more vocal and can become aggressive towards other cats in heat nearby. This stops entirely with spayed cats.

The same applies to a male cat. Following castration, a male cat will become calmer. They display fewer territorial behaviors, such as urine spraying, roaming, and fighting.

Is a Neutered Cat Healthier?

Yes, a neutered cat is a healthy cat. Besides the reduced risk of certain diseases, there are studies that show a feline pet that has undergone sterilization enjoys numerous health benefits. For example, after castration, a female cat will live 39% longer than an unspayed pet. For a male cat, this number jumps up a staggering 62%.

Additionally, spayed females are spared from pyometra, an infection of the uterus, the treatment for which is emergency surgery.

Yes, when a cat is castrated, they become more docile and, as a result, fights less. Castration reduces the hormones that surge, especially during peak mating season.

With no need to seek a mate, males have fewer reasons to fight or become overly protective of their territory. That is not to say a cat will never fight once castrated, but the aggressive urges will decrease.

Yes, castration is an effective way to prevent unwanted litter from being born. The pet overpopulation problem is serious. Intact females can have multiple litters of four to six kittens per litter.

This soon adds up to a large influx of potentially unwanted kittens being placed into already overcrowded shelters and adoption centers. Neutering helps control the population without forcing all felines to become indoor cats.

When Should a Cat Be Neutered?

Most neuter clinics recommend spaying a female cat before its first heat cycle. Similarly, male cats should be castrated before reaching sexual maturity. For both sexes, this is around the six-month mark.

It is possible to neuter older cats, but as their age increases, so do the risks. In addition, the negative aspects of not neutering your cat rise the longer you wait to have the procedure done.

Will My Cat Be Different?

There may be some subtle changes to a cat’s character or personality following castration or sterilization. However, these changes will primarily be seen in their temperament. As already mentioned, neutered felines are often more placid and docile.

Some people say they saw their cats gain weight after neutering. However, there is little direct evidence that links the two. Weight gain is common in pets as they age, and should your feline become more docile; their reduced activity can also be a contributing factor.

The benefits of having your feline neutered are many, from overall health and well-being to preventing an influx of young cats and unwanted litters. Spaying a cat is a far different cry than human sterilization and should not be thought of in such a direct comparison.

As a responsible pet owner, I would not hesitate to have my feline ‘done.’ It is a simple surgery. While slightly simpler for males whose testicles are more accessible, it should be performed on both sexes without question.

Alexander Laybourne
Alex started writing from the moment he could hold a pen. What began as a way to pass time soon became a compulsion. It took several decades before Alex was able to leave the corporate world behind and embark on a real writing journey. Now, Alex writes full-time, and when he’s not working on an article, he’s knee-deep in writing fiction. An animal lover, Alex’s family, have all been involved in various animal welfare charities. His father works for a large national Cat charity in the UK, and Alex has regularly taken part in fundraising events for them through the years. Alex shares his life with his wife (to-be), children and stepchildren, a herd of guinea pigs, and numerous tropical fish, frogs and snails. The most recent addition to the family, Willow, a cockapoo puppy, has settled straight into family life and now controls who sits where on the sofa.