How To Get Rid of Bats? 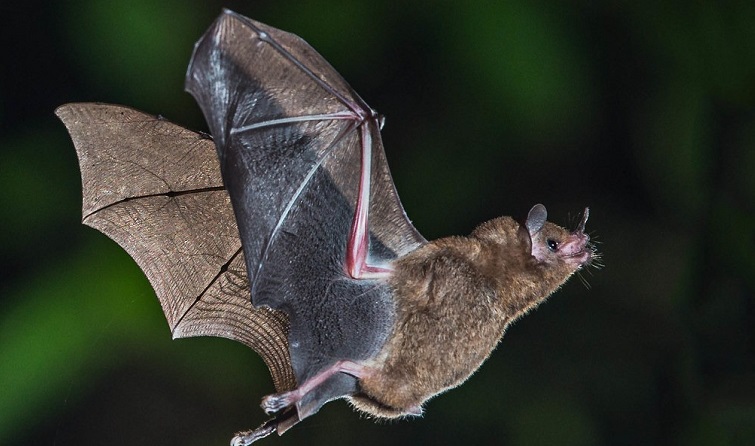 Bats are fascinating creatures that play a vital role in the environment. Being the only mammals that fly, bats can easily creep into our homes at night to feed on insects. Bats are also interesting animals as they exhibit complex social structures and use of echolocation for hunting. To understand how bats function in their environments, you can use bat detectors to discover the number and species of bats in different areas.

Are you done with bats being in your home? Young bats are growing inside somewhere in your house! Look out for every entry point that should be sealed to get rid of them. They not only bring disturbance but many health concerns which need proper treatments. Well, we can find out how to get rid of bats.

Identify the Type of Bat That’s in Your House

Bat detectors make it easier to identify the species of the bat house. It is much easier than identifying individual bats based on characteristics alone. All bat species produce ultrasonic squeals which can be recorded by ultrasonic devices.

However, not all bat squeals produce an audible sound for humans to hear. Based on what type of squeal a particular bat produces, you can determine what type of animal you are identifying such as whether or not it is an insect eater or pregnant female bat based on its specific call pattern and frequency range.

Bats also hibernate during the winter months. This is known as hibernacula which is where scientists record the number of bats using bat detectors to study hibernation patterns! By using bat detectors instead of killing individual bats, you can uncover many interesting facts about these animals including how many kinds there are and where different kinds hibernate throughout the world!

Fill Up Holes and Seal Cracks

Bats tend to build their colonies near sources of shelter such as trees or chimneys due to their need for darkness to survive during daylight hours. This means that most bat colonies are found indoors since people live in buildings year-round.

You can commonly find the holes and cracks which are causing the entry points and bat problems in your home. Your focus should be on sealing these cracks before maternity season comes up as then getting rid of bats would seem impossible.

No need to worry because all the holes can be filled up by expanding foams which are easily available in the market. The foam is in a form that automatically expands when exposed to water and seals up the big as well as small cracks. You can also opt for metal screens which will reflect bat droppings! The screen would repel bats to access the entry point in your home!

Bat’s entry points are not only cracks but can be your chimney or vents and other building materials which are allowing their entrance. This is only a matter of finding the entry points for bats and then sealing them properly and your bat house will be free from worries!

Use a Natural Bat Repeller

If you are facing one bat at a time inside your living place then that single bat is going to allow more bats to enter your place in no time. They have strong communication skills. You should be worried because these animals can cause serious health concerns.

If you want something natural to get rid of these unwanted guests then go for natural oil spray. The spray bottle is easy to use and contains a DIY bat removal process. Spraying the oil in cracks will work as a protective shield and helps in bat extermination.

You can also go for non-ammonia soap but for that, you would need to call a professional wildlife control company or pest control company to help you in defeating the bat colony! They will use this soap to remove bats from your house.

There are other natural repellers available in the market such as mint, eucalyptus, cinnamon, cloves, and peppermint sprays which help in keeping bats away from your safe zones. Your worry for little brown bats and big brown bats will go away in no time! Remember to use eye protection when using sprays as they can be harmful!

Pest control companies use a variety of methods to remove bat infestation in homes, commercial buildings, and agricultural structures. One of these methods is an exclusion box also known as a bat colony exclusion box. This prevents bats from gaining access to undesirable locations.

Exclusion boxes must be large enough for the bats to move around in but not big enough for them to gain full occupancy. The size of the bat exclusion box mostly depends on its location and the number of bats presents there.

A flying bat can quickly take over an area if they have free rein in a building. To prevent this from happening, the bat box must be blocked off and removed from any area where they are present. Holes must be drilled into the box so that the bats can exit safely when necessary. The inside of the box should also be clean of bat droppings and bat urine so that it doesn’t negatively affect building occupants.

This can be completed using one-way doors, tubes, or even a valve on the outside of the vent or opening constructed from plastic netting.

Remove Food Sources From Your Garden

If you are done with seeing and getting scared of big brown bats then get rid of bats as soon as possible. You should know that these animals are attracted to food sources and find it as shelter. You need to get rid of any food source you have especially during maternity season because then they will attack your safe zone and you will be done with it!

You can also install a bat net in your garden and also can spray oils or some salts which have an odor. It repels these species because strong odors irritate them. Go for pepper spray that works best according to many people who have tried this technique.

Bats are scared away by brightly glowing objects like flashlights, candles, and lanterns. You can use this to deter bats from your home by covering all of your windows with black paper or fabric. This will help in the dried droppings of the bat.

Alternatively, you can place bright blue LED lights on the outside of your home as a deterrent to bats. The light will help discourage them from flying into your property during the night. Additionally, you can cover any openings on your property with black plastic or place black paper over those as well.

Scare Them With Sound

You need ultrasonic sounds to repel bats away from the area. Though these animals use ultrasounds to communicate higher frequency causes disturbance in their ears which can keep them far away from your house. Getting rid of bats is possible by using different frequencies of ultrasound which will cause disturbance in their location precision and they will be distracted easily.

Bats pose health risks more than any animal and you need to get rid of the brown bat, little brown bat, or big brown bat from your house! Install a mirror so pallid bat droppings can be easily achieved. You should install mirrors at potential entry points which can act as physical barriers for these species to enter. You can use CDs and mylar balloons as a mirror for reflecting light.

You can make a homemade eco-friendly deterrent that can scare bats. All you need is some apple cider vinegar and aluminum foil to wrap around objects like planters or trees outside your home to deter bats from roosting there again. Alternatively, you could use coconut oil.

Professional bat control is either the first or last call for saving you from these protected species. For bat proofing, you can seek help from an expert and you can relax!

Since it’s impractical for everyone in an area with a bat problem to install exclusion devices, pest removal services perform this duty. It’s best to contact pest control specialists early when identifying potential problems with bats so that appropriate measures can be taken before full occupation occurs.

Alternatively, if multiple openings are available close to each other they could lead directly into a basement or attic where nocturnal insects could be trapped by houseplants during daytime hours. Either way, properly planning for bat occupancy before installing any type of structure will yield positive results.

How Do You Get Rid of Bats in the Attic?

Always use rubber work gloves to hold bats because they can go wild and may want to bite you which can result in bat guano! Also, if you have one-way doors and an exclusion box present at your home then you can trap them in and get rid of these species. Another way is to trap them in boxes and free them or handover them over to pest control companies!

What Are Bats Attracted To?

Bats consume food sources and are attracted to it more than any other animal because they find it their home. If you have crops near your living area then there are more chances of attracting bats. Local and state laws have ruled out the fact many times that bats destroy crops.

How Do You Scare Off Fruit Bats?

Hang strips for scaring off the fruit bats. Notice bats behavior and learn their nature and you will be able to know that the smell of mothballs will repel them away. Bats are indeed hard to remove from properties but never impossible.

By now you have an idea of how to get rid of these species. Though according to local laws these are protected species and if ever found should be handed over to pest control companies. But well, how many bats can you hand over before you lose your mind?

These animals do help in reducing the insect population and can be useful but their presence also causes structural damage. You can not allow such animals into your house until and unless you have them as a pet!

We are hoping that this article has helped you with the answer to find out a few simple steps to get rid of bats and bat guano and how you can achieve it with the help of professional wildlife control companies and pest control.

Let us know if you have any queries in the comment box.