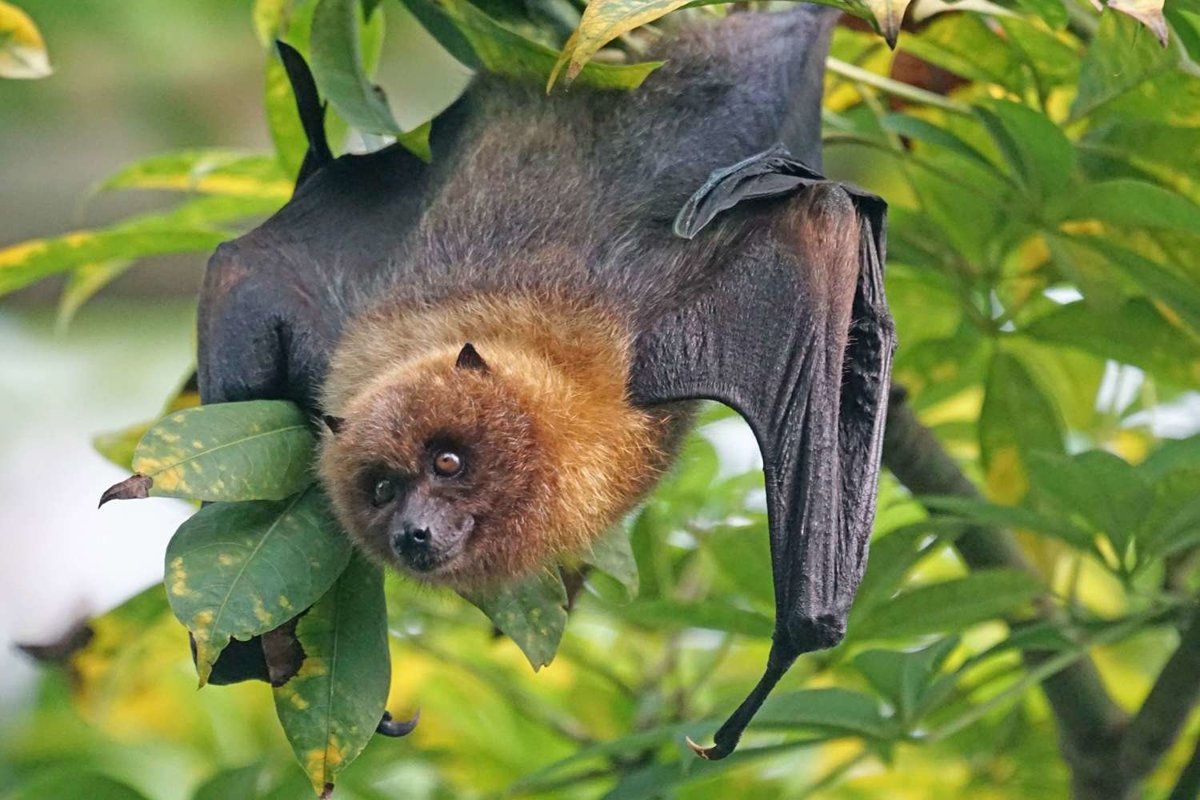 If you’re like most people, the first time you heard about fruit bats, you probably thought they were some weird, tropical fruit. And while it’s true that these animals do inhabit tropical regions, they’re not a type of fruit. In fact, fruit bats are mammals that eat fruits as their main food source.

Everyone knows about bats – the animals that fly around at night and get all the bad press. But most people don’t know that there are different types of bats, some of which are quite beneficial to our environment. One such bat is the fruit bat, which feeds on fruits and helps disperse seeds throughout the forest.

Seeds may be carried to great distances from the parent plant and deposited in places that are excellent for germination and establishment. So next time you see a bat flying around, don’t be afraid – give it a warm welcome! So what else do we know about these creatures? Let’s take a closer look!

What is a Fruit Bat?

A fruit bat is a small mammal that lives in tropical and subtropical regions. They are the only bats that eat fruit, also known as the old-world fruit bats and flying foxes. The majority of fruit bats are found in Southeast Asia and Africa.

Fruit bats live in various habitats, including forests, caves, and even urban areas. The straw-colored fruit bat is found throughout most of Africa. This large Fruit bat lives in colonies with thousands to millions of individuals.

Fruit bats are herbivores. This means that they only eat plants. Fruit bats, including the large fruit bats species, eat various fruits, including bananas, figs, and mangoes. Some fruit bat species also eat flowers, leaves, and nectar, while other bats also eat insects.

Where Do Fruit Bats Live?

Fruit bats are found on every continent except Antarctica. These animals typically live in tropical or subtropical areas, including Africa, Asia, Australia, and the Pacific Islands, where fruit trees are abundant. Some fruit bat species, such as the Egyptian Fruit Bat, can also be found in temperate climates.

Role in the Ecosystem

Fruit bats play an important role in the ecosystem. They help spread seeds and pollinate flowers.

Fruit bats are known to be seed dispersers. When these bats eat fruits and flower parts, pollen sticks to their fur; when they visit other flowers, they spread the pollen around and help the plants to reproduce.

Many trees rely on fruit bats to spread their seeds. Without fruit bats, these trees would not be able to reproduce and would eventually die out.

Fruit bats are also a source of food for many other animals. Birds, reptiles, and even other mammals will eat fruit bats. This makes them an important part of the food chain.

Fruit bats are important to humans, too. In some parts of the world, people eat fruit bats. Fruit bats are also used in traditional medicine or food item.

There are over 170 species of fruit bats. The three most common species are the Indian flying fox, the Egyptian fruit bat, and the black-flying fox.

The Indian flying fox is the largest species of fruit bat. These animals have a wingspan of up to five to six feet! They are found in India, Sri Lanka, and Pakistan.

The Egyptian fruit bat is the second largest species of fruit bat. These animals have a wingspan of up to five feet. They are found in Africa and the Middle East.

The black-flying fox is also among the largest species of fruit bat. These animals have a wingspan of up to three feet. They are found in Australia and New Guinea.

Fruit bats vary in size, depending on the species. The largest species of bats are the flying fox, such as the Indian Flying Fox or Malayan Flying Fox, which has a wingspan of up to six feet! Kitti’s Hog-nosed bat is the smallest fruit bat, also known as the “bumblebee bat.” These bats are only about three inches long.

Fruit bats have large eyes, which help them see in the dark. They also have long noses, which they use to sniff out ripe fruit.

Fruit bats are excellent flyers. Their wings are very thin and delicate. The bones in their wings are fused, which gives them extra strength.

Fruit bats are social animals. They live in large groups, called colonies. Some colonies can have over 100,000 members!

Fruit bats are nocturnal creatures. This means that they are active at night and sleep during the day. During the day, fruit bats roost in trees. They hang upside down from branches, using their claws to grip the tree.

Fruit bats are good swimmers. So if a fruit bat falls into water, it can use its wings to paddle to safety.

Fruit bats are migratory animals. This means that they travel long distances to find food or suitable habitat. Some fruit bat species can travel over 1,000 miles!

Fruit bats reproduce slowly. Females typically give birth to only one baby at a time. It can take up to six months for a baby fruit bat to be born. Most species prefer to breed in specific seasons, but some breed throughout the year.

After birth, baby fruit bats cling to their mother’s fur. They will stay close to their mothers until they are old enough to fly and find food on their own.

Fruit bats typically live for 10-20 years in the wild. However, they can live longer in captivity. The oldest known fruit bat lived to be over 40 years old!

Sadly, fruit bats are in danger of becoming extinct. The biggest threat to fruit bats is habitat loss or habitat destruction. Deforestation and urbanization are reducing the amount of suitable habitat for fruit bats. Hunting is also a problem in some areas.

Fruit bats are also hunted for food and traditional medicine. In some parts of the world, people believe that fruit bats can cure various illnesses. As a result, these animals are sometimes captured and killed.

Climate change is another threat to fruit bats. As the climate gets warmer, fruit bats may have difficulty finding food.

Fruit bats are also at risk of contracting diseases from humans. For example, the Hendra virus can kill fruit bats and humans. However, there is no need to fear these animals – fruit bats pose no threat to humans unless they are sick.

There are many ways to help fruit bats.

You can help fruit bats by supporting organizations working to protect their habitat.

What You Can Do to Help

There are many things you can do to help fruit bats. Here are a few ideas:

What Are Fruit Bats?

Fruit bats are a type of bat that eats fruits, flowers, and nectar. They are important pollinators and help to spread seeds for new plants.

Fruit bats can carry diseases such as the Hendra virus, which can be deadly to humans and animals. If you see a sick or injured fruit bat, do not approach it. Contact your local wildlife authorities for help.

No, fruit bats usually don’t bite humans unless someone provokes them. If you harm their habitat or scare them, there may be a chance they’ll bite.

Is a Fruit Bat Friendly?

No, a fruit bat is not friendly. They are wild animals and should not be approached by humans. However, if they get hurt by humans, they will be more vulnerable and may attack you.

I hope this article has taught you something new about fruit bats. These fascinating creatures play an important role in the ecosystem, and we need to do our part to protect them. Thank you for reading!