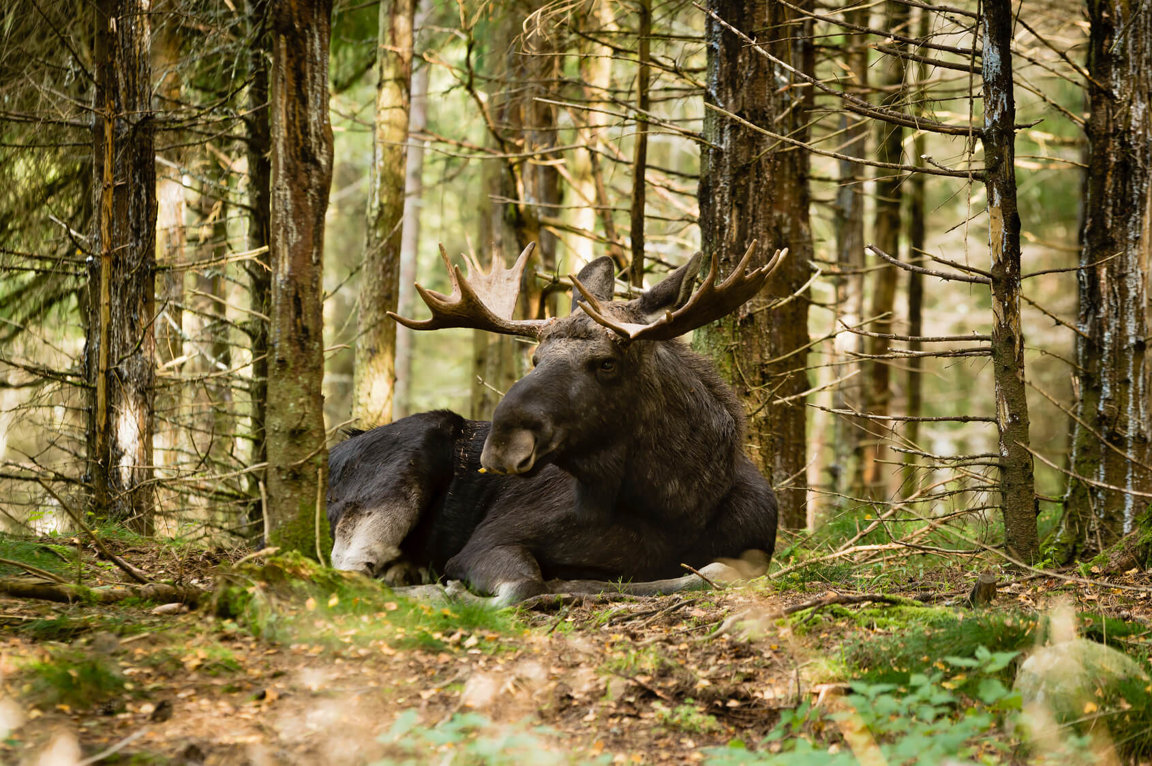 Forests are vital for the health and well-being of humans, wildlife, and the Earth. They provide habitat for about two-thirds of all land-dwelling animals and plants. Around the world, these critical ecosystems are being ripped apart as a result of a booming demand for furniture, flooring, lumber, and other building materials. Trees are used to make paper, packaging materials, pencils, fuel for cooking and heat, and other wood-based products. In addition to wood products, logging is also occurring at an alarming rate to make room for animal agriculture and subsistence farming, oil and gas extraction, mining operations, and ever-increasing development. The world's natural forests cannot sustain the increasing global demands of current forest management practices.

Years of irresponsible exploitation have destroyed and degraded much of the planet's forests. Half of the Earth's global forest land has already been lost. In the United States, 90 percent of continental indigenous forests have been removed. Around the world, 15 billion trees are being cut down each year. The destruction of important wildlands is displacing communities, endangering habitats of rare and endangered plants and animals, and negatively affecting the environment. Most of the world’s remaining indigenous forests are located in Canada, Alaska, Russia and the Northwestern Amazon basin. We must protect what is left before it is too late.

The massive activity of logging, both legal and illegal, involves the felling of trees on such a large scale that it is one of the major forms of deforestation. Only thirty-one percent of our Earth's surface is still covered by forests. Of this, rich tropical forests like those found in the Amazon, Congo River Basin and Mekong River Basin account for almost three-fourths of the covered area. For the timber industry, these precious million-year old forests are prime targets for logging. It is in such tropical forests of the world that 80 percent of endangered species reside. The impact on the general ecology and habitat of all living creatures is in danger when over fifty thousand hectares of forests continue to vanish every year.

Seven countries account for approximately 60 percent of the total deforestation on Earth, including Canada, the United States, Brazil, Indonesia, China, Russia and the Democratic Republic of Congo in Africa. About half of world’s timber and up to 70% of paper is consumed by the United States, Europe and Japan. An estimated 18 million acres (7.3 million hectares) of forest are lost every year. One and a half acres of forest is cut down every second. Up to 28,000 species may become extinct in the next quarter of a century from deforestation.

Few consumers are aware that the timber used for their hardwood floors, kitchen tables and cabinets come from illegal felling operations carried out in African forests that house elephants, lions, rhinoceros, gorillas and many rare and endangered species. Illegal logging has resulted in loss of habitats in regions spread across wide geographies from the Amazon, Congo Basin, Borneo in Indonesia and the forests of Siberia. Particularly threatened by such activities are the dwarf gorillas of the southern Congo basin, orangutans in Borneo and the great Siberian tiger.
In a virtually dry continent like Australia, rare tropical forest cover has been reduced by half as a result of logging. Precious eucalyptus forests cover only 8 percent of Australia, but house 47 percent of its animals that use hollows in trees as their homes. The yellow-bellied glider, the brush-tailed phascogale, the greater glider, the Leadbeater’s possum and various squirrel species are some of the animals that depend on tree hollows and have been affected by logging. Australian blue gum plantations are home to thousands of the iconic koala bear and the continuous felling of these trees are a constant threat to the endangered animal.

In South-eastern Australia logging has led to increased light penetration that facilitates the growth of lantana, a toxic plant preferred by the bell miner – a species of bird that preys on insects that inhabit these plants. The bell miner drives out smaller species of birds that would have otherwise fed on such insects. Sudden increases in insect loads means they feed on eucalyptus leaves, eating into a vital food source of the koala bear.

In Pennsylvania an astonishing 99 percent of the population of the northern long-eared bat, and 75 percent of the Indiana bat, have been lost to intensive logging and related activities. These two species of bat depend largely on the older and larger trees of the forests for foraging and roosting.

Forests of Madagascar, isolated from mainlands for tens of millions of years, have developed a quality of timber unmatched anywhere in the world. Loggers in search premium wood have mercilessly felled trees over the decades for export to affluent markets of China and the Far-East. The bio-diversity evolved over the millions of years in Madagascar forests has created a stunning array of 200,000 species of plants, insects, mammals and birds found nowhere else in the world. Forests that house thousands of endemic species like baobabs, lemurs, and Uroplatus geckos, have halved in cover since the advent of man on the island just 1,000 years ago. The very survival of such wildlife is in danger.

Careful planning and the use of reduced-impact logging (RIL) practices can help avoid some of the destructive damage caused by logging. RIL practices include better planned logging roads, directional felling so that cut trees do not crush trees left standing, and cutting vines that may pull other trees down with those being harvested. However, any type of logging can result in devastating impacts on forest animals, and on mammals and amphibians in particular.

Humans must realize that even now seventy percent of our Earth's land animals live in forests. It's time for a proper substitute to timber. For the timber and paper industry, profits should take a back seat to conservation. We must save the only habitats the endangered wildlife of the world have left.

Logging Effects On Wildlife And The Environment

What You Can Do