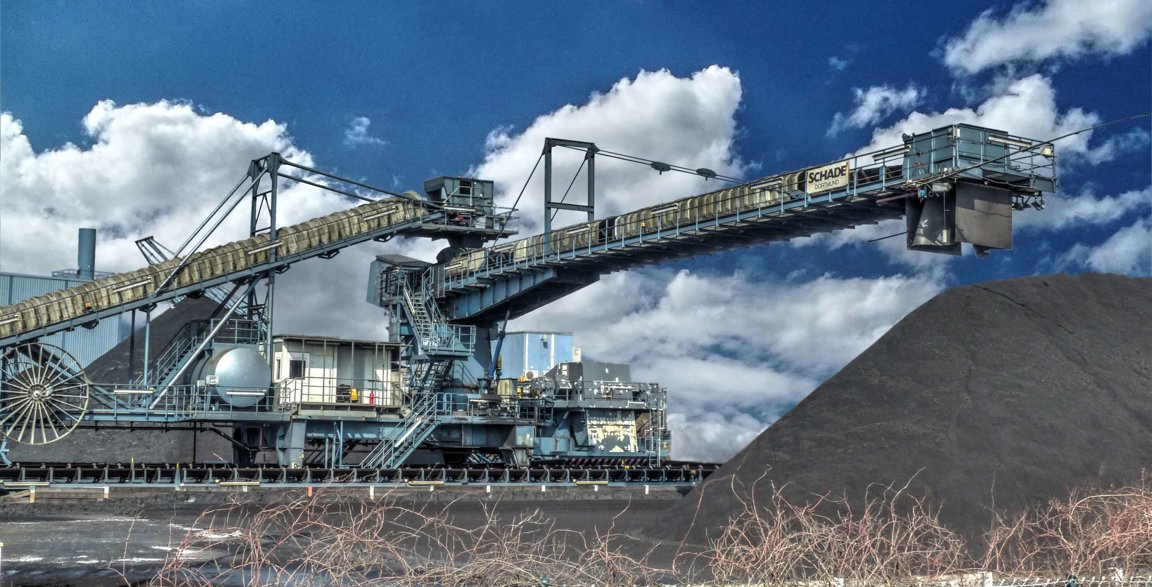 Coal mining can have a devastating effect on the environment, from polluting water supplies to damaging forests and wildlife. In the early days of coal mining, workers would simply shovel the coal out of the ground and onto carts. Today, machines do much of that work, but extracting coal still produces environmental impacts.

Strip mining, a type of surface mining that involves removing all the overlying rock and earth to get to the coal seam, can damage land resources and pollute water sources. Mountaintop removal (MTR), a form of strip mining that is particularly damaging, has been linked to health problems in communities near mines.

The mining, burning, and waste disposal of coal can have many negative impacts on the environment. Coal is a non-renewable resource that can be difficult to clean up once it has been mined. Burning coal releases harmful pollutants into the atmosphere, which contribute to climate change, acid rain, and respiratory problems.

When coal is mined, it can disrupt and damage natural habitats. The process of mining can remove vegetation and topsoil, leaving the area vulnerable to erosion. It can also destroy fish and wildlife habitats, contaminate drinking water supplies, and create large amounts of waste that must be disposed of in an environmentally sound manner.

In this blog post, we’ll take a closer look at the environmental impacts of coal mining and what can be done to help mitigate them. Stay tuned!

Health and Environmental Impact of the Coal Industry

The coal industry has a number of negative impacts on the environment, including air pollution, water pollution, and the destruction of habitats.

Coal mining and combustion release a number of airborne pollutants into the environment, which can lead to respiratory problems for those who are exposed to it. These air pollutants include carbon monoxide, sulfur dioxide, nitrogen oxides, and fly ash.

Fly ash is a fine powder that is created when coal is burned, and it can contain harmful heavy metals such as arsenic, lead, and mercury. In addition, coal mining operations release methane gas into the air, which is a greenhouse gas that contributes to climate change.

In addition, compared to natural gas, the burning of coal to generate electricity can produce large amounts of air pollution, including carbon dioxide, nitrogen oxides, and sulfur dioxide.

Heavy metals can contaminate drinking water supplies, and they can also accumulate in fish and other aquatic organisms. Sulfates and salts can also pollute waterways, and they can increase the risk of algal blooms. This can lead to health problems for those who depend on these water sources for drinking, irrigation, or recreation.

Habitat destruction is another major environmental impact of coal mining. Coal mines can destroy forests, wetlands, and other habitats. In addition, coal plants can damage or destroy natural habitats. The destruction of habitats can have a number of negative consequences for the environment, including the loss of biodiversity.

In some cases, coal mining has also led to the displacement of local communities. This can occur when mines are developed in areas that are traditionally home to indigenous peoples or other minority groups. In such cases, the social and cultural impacts of coal mining can be significant.

The most visible impact of coal mining is the stripping and clearing of vegetation in areas where mines are active. This can lead to a loss of habitat for local wildlife and a decrease in biodiversity.

In addition, the bare soil left behind after mining can be highly erosive, increasing the amount of sediment that ends up in waterways. Coal mining can also have an impact on air quality.

In addition, noise from coal mining production can be a source of stress and social disruption for nearby communities.

Underground mining can also cause subsidence or the sinking of the land surface above the mine. This can damage buildings and infrastructure, as well as disrupt ecosystems.

In addition to the impacts on land and habitat, coal mining can also have negative impacts on water resources. Coal mines can pollute water sources with heavy metals and other toxic chemicals.

Acid mine drainage is a problem that often occurs when water flows through coal mine tailings, leading to the release of sulfuric acid and other pollutants. This can contaminate water sources and adversely affect aquatic wildlife.

Coal mines are also a major source of greenhouse gas emissions. Methane, a potent greenhouse gas, is released during coal mining operations that contribute to global warming. In addition, the burning of coal for energy production emits carbon dioxide, another greenhouse gas. These emissions can contribute to climate change and have other negative impacts on human health and the environment.

Coal mining is a loud, dangerous and dirty business. It produces large amounts of dust and noise, which can have serious effects on the health of miners and local residents. Dust from coal mines can cause respiratory problems, including asthma, and it can also lead to hearing loss and other forms of deafness.

In addition, the noise from coal mining activities can be so loud that it can damage the hearing of nearby residents.

Coal mining can also lead to land pollution. The process of mining coal leaves behind large amounts of waste rock and tailings (the waste material left over after the coal has been extracted). These wastes can pollute the air, water, and soil, and they can also be a hazard to human health.

In addition, the clearing of trees and other vegetation in areas where coal is mined can create significant dust and soil erosion.

Wildlife is integral to the health of an ecosystem. A loss of species due to mining operations can lead to devastating effects on the surrounding environment. Large scale removal of vegetation and destruction of habitat often leads to a loss in biodiversity.

This can cause a decline in population numbers for other wildlife as well, since many species rely on a specific type of habitat or vegetation for food and shelter. Along with this, soil erosion from coal mining can pollute waterways and destroy fisheries.

In addition, coal mines are often located near areas that are rich in wildlife, meaning that the animals have nowhere to go when their habitats are destroyed. Coal mining can also cause indirect damage to wildlife through things like water pollution and global climate change.

Acid rain is one of the most serious environmental problems caused by coal mining. Acid rain is rain or any other form of precipitation that is unusually acidic, meaning that it possesses elevated levels of hydrogen ions (low pH). It can have harmful effects on plants, aquatic animals, and infrastructure.

When coal is burned, it releases sulfur dioxide and other pollutants into the atmosphere. These pollutants react with water vapor to form sulfuric acid and nitric acid. The acid then falls back to Earth, where it can damage crops, forests, and aquatic ecosystems.

Acid rain is a particular problem in coal-mining regions, where the landscape is already heavily polluted by coal dust and other mining wastes. In China, for example, nearly one-third of all rivers are too acidic for fish to live in. As acid rain continues to fall in these regions, the environmental damage is likely to become more severe.

Coal mining is responsible for a host of environmental impacts, including air pollution, water pollution, land degradation, and acid rain. The burning of coal is also responsible for releasing large amounts of carbon dioxide into the atmosphere, which is a major contributor to climate change.

Climate change refers to long-term changes in temperature, precipitation, sea level, and other aspects of the Earth’s climate. It can lead to more extreme weather events, such as hurricanes and floods, as well as other impacts like droughts and heat waves.

Climate change is already having negative impacts on human health, the economy, and the environment. And unless we take action to reduce emissions, these impacts are expected to get worse in the future.

Radiation exposure can occur from mining and milling operations, as well as from burning coal. Coal ash, the waste product from the coal-fired power plant, can also be a source of radiation exposure.

Mining and burning coal can also release other harmful pollutants into the air, including mercury, lead, and arsenic. These pollutants can cause health problems like respiratory disease, neurological problems, lung disease, and cancer.

The coal mining industry is a major contributor to land degradation. Mining activity often results in the clearing of large areas of land, which can lead to soil erosion and increased sedimentation in water bodies downstream of the mine.

In addition, overburden and waste rock that is generated during coal production are often left on the landscape, which can result in significant visual impacts.

There are a number of ways to help mitigate the negative environmental impacts of coal mining. One is to better regulate the mining process to ensure that companies are adhering to strict environmental standards.

Another is to increase investment in clean coal technologies, which can help reduce emissions from coal-fired power plants. Finally, supporting the transition to renewable energy sources can help reduce demand for coal and ultimately lead to its phase-out.

What do you think is the best way to mitigate the environmental impacts of coal mining? Share your thoughts in the comments below!