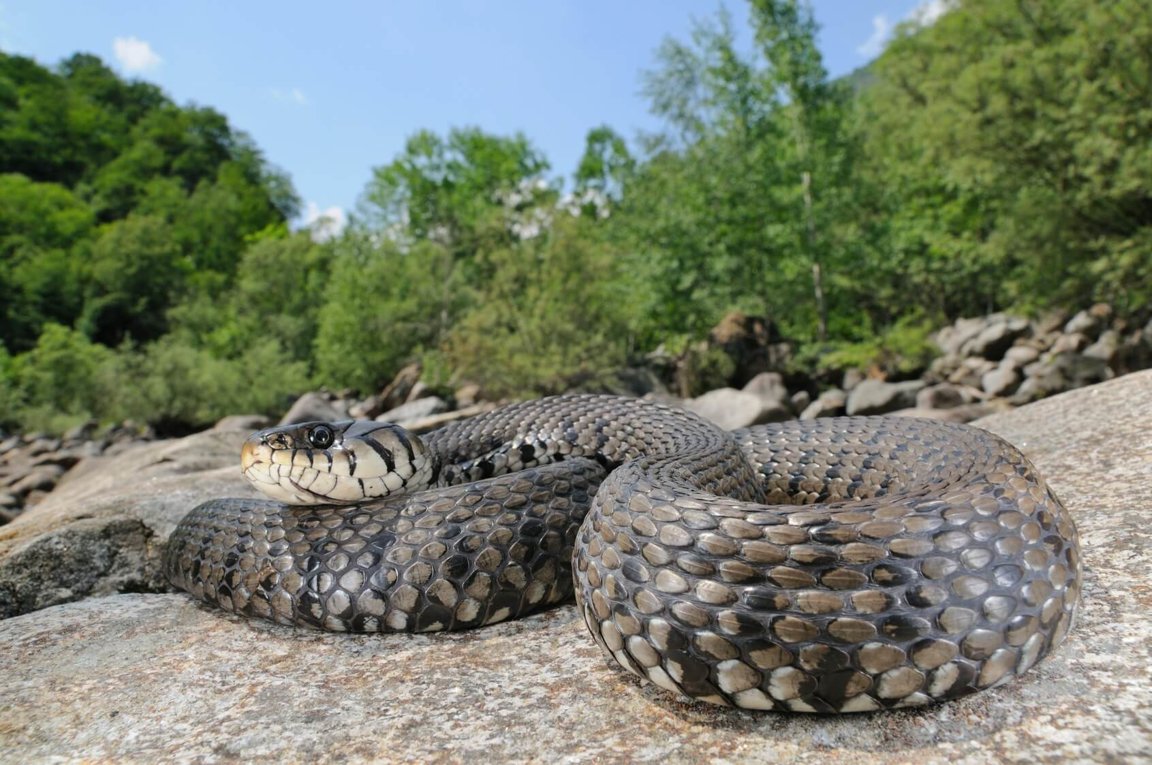 Do you know about the biggest snake in the world? It is not the King Cobra. It is not even the reticulated python. The anaconda, a native of South America, is the largest snake on Earth. Although they typically grow to only 18 feet in length, some have been known to reach lengths of 33 feet!

Anacondas are formidable predators and can take down prey as large as deer and wild pigs. They are also quite fast for their size, capable of sprinting up to 10 mph! Despite their intimidating appearance and predatory nature, anacondas are shy creatures that would rather avoid confrontation.

Learn more about these fascinating snakes in today’s post.

“Anaconda” is a common name for the genus Eunectes. Anacondas are members of the boa family, which also includes pythons. The anaconda is a large snake found in the rainforests of the Amazon and Orinoco basins in South America. It is the longest and the heaviest snake in the world, reaching lengths of up to 30 feet (9 meters).

Anacondas live in swamps, marshes, and slow-moving rivers. They are excellent swimmers and often lie in wait for their prey, including deer, pigs, birds, and even snakes. Anacondas kill their prey by constricting it, wrapping their powerful muscular bodies around it until it suffocates. The anaconda then swallows its prey whole.

The green anaconda (Eunectes murinus), also known as the common anaconda or water boa, is a non-venomous constrictor found in South America. It is the heaviest known snake, with weights consistently exceeding those of even the reticulated python.

It is also among the longest snakes, with reported lengths far exceeding 30 feet. The green snakes’ bodies are olive-green with dark oval patterns along their spines and yellow centers.

The yellow anaconda (Eunectes notaeus) or Paraguayananaconda is a non-venomous boa species found in northeastern Argentina, Bolivia, Brazil, Colombia, Ecuador, Guyana, Peru, and Venezuela. It is a medium-sized anaconda, with reported lengths of up to 12 feet (3.7 m).

The dark-spotted anaconda (Eunectes deschauenseei), also known as Deschauensee’s anaconda, is a non-venomous boa species found in Brazil and Guyana. It is a medium-sized anaconda, with reported lengths of up to 10 feet (3.0 m).

The Bolivian anaconda (Eunectes beniensis), also known as Beni anaconda, is a non-venomous boa species found in Bolivia and Peru. It is a medium-sized anaconda, with reported lengths of up to 11 feet (3.4 m).

Anacondas are large, non-venomous snakes that are found in tropical South America. They are some of the largest snakes in the world, with some specimens reaching over 30 feet in length. Anacondas have thick bodies and can weigh up to 550 pounds.

Their skin is greenish-brown in color and is covered with dark brown blotches. They are also very good at camouflaging themselves and can often be difficult to spot in their natural environment. Anacondas have large, triangular heads and sharp teeth.

Wildlife Sanctuary is the best place to see anacondas in their natural habitat. The anaconda is a large snake found in tropical South America. It is not venomous, but it is deadly nonetheless. It is a member of the boa family and is related to the python.

Anacondas are found in wet, swampy areas. They are excellent swimmers and often hide in rivers and lakes, waiting to ambush their prey. They can remain submerged for up to 10 minutes at a time. They spend a good portion of their time in the water. They are also very good climbers and can often be seen basking in trees or on top of rocks.

They are mostly nocturnal animals and prefer to hunt at night. They use their keen sense of smell to locate prey. Anacondas are solitary creatures, and they only come together to mate. Females give birth to live young, which are then on their own. Anacondas reach sexual maturity at around 3-4 years of age. Green anacondas mate in the water or near it.

Anacondas are found in the humid, wet rainforests of South America. More specifically, they are located in the countries of Bolivia, Brazil, Colombia, Ecuador, Guyana, Peru, and Venezuela. They stay near water sources like rivers, streams, lakes, and swamps.

Anacondas are carnivores, and their diet consists mainly of fish, reptiles, and mammals. Anacondas are predators and will eat anything they can catch. They have been known to eat other snakes, but their preferred prey is large animals, such as pigs and deer. Anacondas kill their prey by constricting them until they suffocate.

Anacondas are ovoviviparous, meaning they retain and nourish their eggs until they hatch inside the mother. Gestation takes 6-7 months. Female anacondas give birth to live young. Litters range in size from 4-40 snakelets, but 20 is typical. After giving birth, the female anaconda will not eat for several months while she cares for her young.

Newly born anacondas measure about 2 feet long and weigh around 1 pound. They are immediately independent and fend for themselves. Anacondas reach sexual maturity at 3-4 years of age and can live up to 30 years in the wild. During the mating season, females attract the males by leaving a scent trail or an airborne chemical.

Anacondas are not venomous, but they are dangerous nonetheless. They have been known to attack and kill people who get too close to them. If you encounter an anaconda in the wild, it is best to leave it alone.

The average life span of anacondas is 20 years in the wild.

The main predators of anacondas are large mammals, such as jaguars, pumas, and caimans. These animals will often eat young anacondas, but adult anacondas are too large to be eaten by most predators. Humans also threaten anacondas, as they are sometimes hunted for their skin.

Anacondas are not currently considered to be endangered, but their numbers could decline if they continue to be hunted by humans. Conservation efforts are underway in some parts of their range to help protect these snakes.

Anacondas are fascinating creatures that have captured the imaginations of people for centuries. These giant snakes continue to amaze us with their size, strength, and stealth.

Anacondas are not considered dangerous to humans but can be aggressive if they feel threatened. Anacondas have been known to attack and kill people who have disturbed their nests or tried to capture them. If you encounter an anaconda in the wild, it is best to leave it alone and not try to handle it.