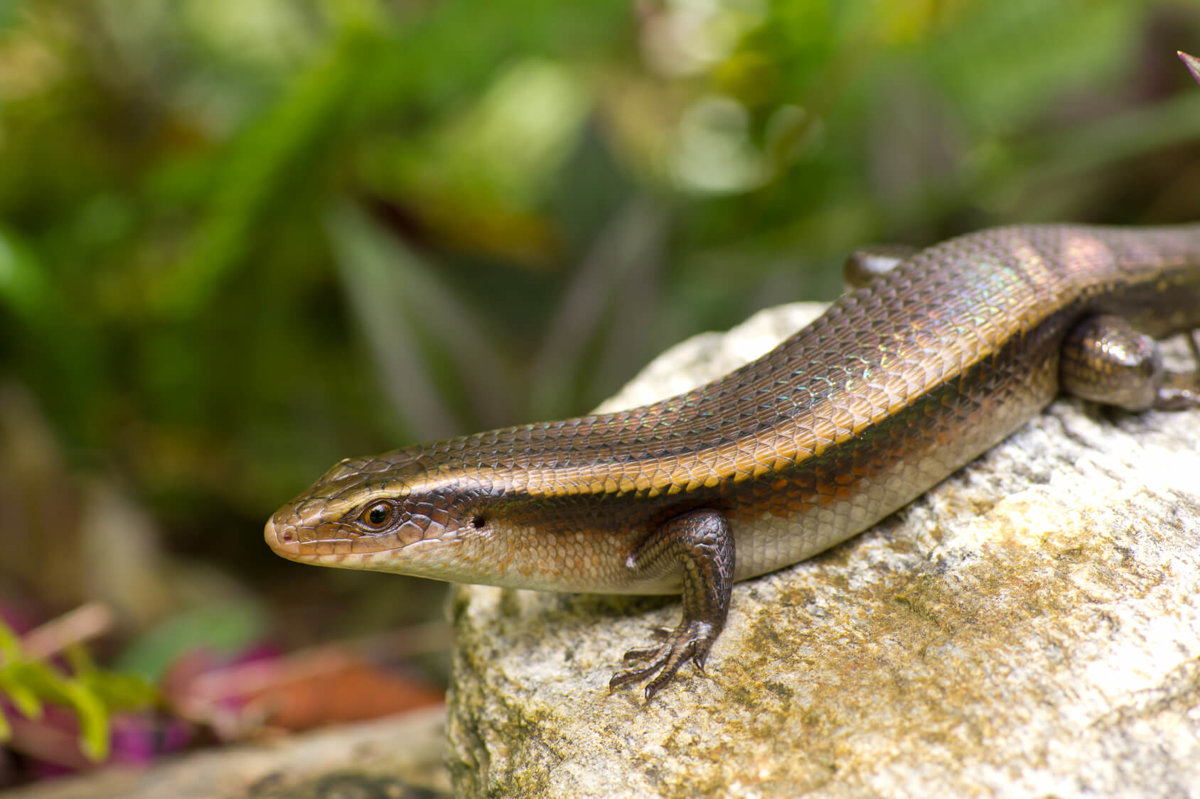 If you’re an animal lover, you may have considered getting a skink as a pet. Skinks are lizards that come from the family Scincidae. They can make great pets for those interested in reptiles and want to learn more about them, but they may not be the best choice for someone who wants a cuddly companion. While there are several species of skinks, some can be more difficult to care for than others, so it’s important to do your research before deciding if a skink is the right pet for you.

In this blog post, we’ll discuss what makes these lizards so great and provide more information if you want to own them as a pet. So if you’re thinking about adding a skink to your family, keep reading!

Skinks are true lizards, which means they have four short legs, external ear openings, and moveable eyelids. They are also known for their long bodies and tails. Skinks are often mistaken for snakes because of their appearance. Due to their long, slender bodies and reduced limbs, they resemble snakes more than lizards.

Generally, skinks range in size from 6 to 12 inches long. However, some species can grow up to 24 inches in length. Skinks species occur in various colors, including brown, black, gray, and even orange or red. Some skinks also have stripes or patterns on their skin. The exact appearance of a skink depends on the species. For example, the blue-tailed skink is brightly colored with a blue tail, while the five-lined skink is dark with light stripes running down its body.

Where Are They Found?

Skinks are also found in various habitats, from deserts to rainforests and grasslands. When choosing a pet skink, it’s important to select a species that is native to an environment similar to your own. This will help ensure your pet skink can adjust to its new home and thrive.

Some Types of Skinks

There are many species of skinks that come in various colors and patterns. Some of the most popular pet skinks include the Blue tongue skink, Leopard skink, and Red-eyed crocodile skink. Some other skinks are Garden skinks, Great desert skinks, Common five-lined skinks, Little brown skinks, and Blue-tailed skinks.

One of the most popular skink species kept as pets is the blue-tongued skink. These friendly lizards make great first pets for reptile enthusiasts of all ages. Blue Tongue Skinks have a typical length of 17 inches, from snout to tail. It chews on little stones to aid in the digestion of its meal.

Another popular pet skink is the leopard skink. The Leopard Ctenotus Skink is a species of skink that is native to central and western Australia. These lizards are known for their beautiful patterns and colors. Leopard skinks make active and entertaining pets that are relatively easy to care for.

Garden skinks are a species of skink that is native to Australia. They are a smaller skink, typically measuring around 5-6 inches in length, making them a good choice for those looking for a smaller pet.

Skinks can make great pets for those interested in reptiles who want to learn more about them. They are relatively easy to care for and can provide hours of enjoyment. If you’re considering adopting a skink as a pet, you should learn about these fascinating reptiles, including their habitat, species, types, diet, and more.

Are Skinks Poisonous or Dangerous?

Skinks are not considered poisonous or hazardous, but they are low-risk pets. Most skink species possess less or no harm to humans if they handle them with great care.The most serious risk is that they might bite occasionally, but certain measures help avoid it.

Skinks can carry Salmonella, so it’s important to wash your hands thoroughly after handling them or their habitat. If you have concerns about your skink’s health, it’s always best to consult a veterinarian or reptile expert.

Are Skinks Poisonous to Dogs and Cats?

Skinks are not poisonous to dogs and cats, but they may bite or scratch in self-defense if they feel threatened. It’s important to ensure that your skink’s habitat is safe for your other pets and that you provide plenty of hiding places so they can feel secure. If you have concerns about your skink’s safety, it’s always best to consult a veterinarian or reptile expert.

There are several reasons why a skink might bite.

They may feel threatened, or they may be trying to defend themselves by biting a person. It’s important to remember that skinks are wild animals and should always be treated with respect.

They can sometimes be over-handled, causing them to become nervous. It is essential not to mishandle or overhandle any skink specie.

They can also bite when they are hungry. It’s important to feed them on and off.

When someone has put their fingers in front of skinks’ mouth, they can accidentally bite. This isn’t a deliberate attack; rather, it’s an error.

How To Avoid Skink Bites

If a skink bites you, it’s important to clean the wound thoroughly and seek medical attention if necessary. Skink bites can be dangerous and may require antibiotics. There are a few things you can do to help prevent skink bites.

First, always be careful when handling a skink. These lizards can bite if they feel threatened. Second, wash your hands after handling a skink or any of its food. Skinks can carry bacteria that can cause serious illnesses in humans.

Following these tips can help keep yourself safe from skink bites.

Skinks need a warm, humid environment to stay healthy. A good way to achieve this is by setting up a terrarium with a heat lamp. Your skink’s terrarium should include hiding places, climbing branches, and a shallow water dish. Keeping your skink’s habitat clean and free of clutter is also a good idea. This will help reduce the chance of your skink getting injured.

A diet of insects such as crickets, mealworms, and wax worms will provide your pet skink with the nutrients it needs to stay healthy. Using pesticides is not recommended. If a skink eats a contaminated insect, it can become poisoned.

Skinks are a great choice for reptile enthusiasts who want to learn more about lizards. They require regular feeding, watering, and occasional cleaning of their habitat. If you can provide these things, skinks can make fascinating and low-maintenance pets.