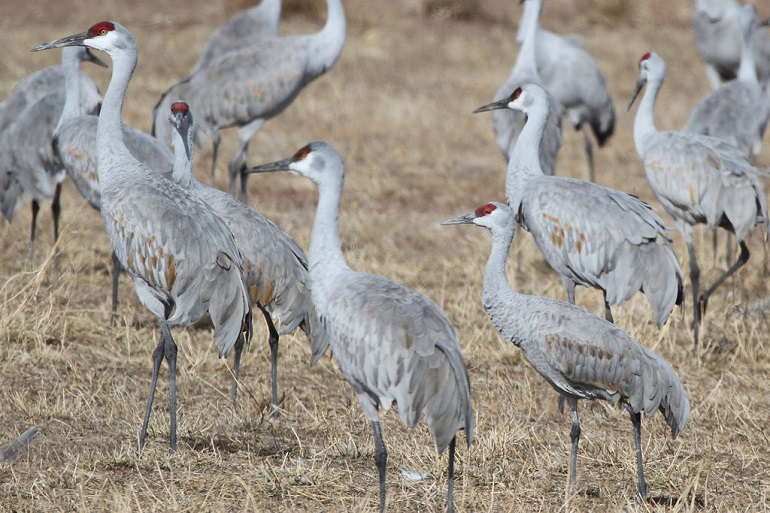 The crane is a large bird of prey with a long neck, legs, and bill. The bill is hooked at the tip and curved downward. The plumage is usually white with black wingtips. The eyes are yellow or orange. Cranes live in wetland habitats and can be found on every continent except Antarctica.

Cranes are important symbols in many cultures. There’s something special about crane birds. Maybe it’s their graceful movements or their gliding through the air. Or maybe it’s their unmistakable whooping call, which always sounds like a declaration of joy. So if you’re looking for a new bird to add to your list of favorites, check out the crane bird!

Cranes are a group of large, tall, long-legged, and long-necked wading birds in the genus Grus of the family Gruidae. The first known use of the word “crane” was in the 13th century. The 15 species of true cranes range in size from the demoiselle crane, the smallest species at 65cm (26in) and 860g (1.9lb), to the sarus crane, the largest at 180cm (71in) and 12kg (26lb). They vary considerably in appearance; however, they generally have long necks, legs, and bills. Most display a patch of bare, red skin on their heads. This patch is usually on the side of the head and extends from above the eye to below it or behind the eye.

The plumage of cranes varies by habitat. Species inhabiting vast open wetlands tend to have more white plumage than species that inhabit smaller wetlands or forested habitats. Unlike the similar-looking but unrelated herons, cranes fly with necks outstretched, not pulled back. Cranes live on all continents except Antarctica and South America.

Crane habitat varies by species but generally includes open wetland areas. Cranes spend most of the day foraging in wetlands for various aquatic and terrestrial plants and small invertebrates.

Cranes are opportunistic feeders and eat various small animals, including rodents, reptiles, fish, crustaceans, insects, mollusks, worms, and carrion. They use their long necks and bills to reach into crevices and snatch prey. Cranes also wade into the water to catch fish. While most species are carnivorous, others consume more plant matter than meat. A few species also eat seeds and grain.

What Kind of Bird Is a Crane?

A crane is a tall, wading bird with a long neck, bill, and legs. Cranes are highly social birds, forming lifelong bonds with their mates and building large nests. They construct platform nests in shallow water and generally lay two eggs at a time. Both parents help to rear the young, which remain with them until the next breeding season. Cranes are known for their graceful dancing movements, often performed in wetlands. The crane dance has been described as among the most beautiful and graceful of all bird displays. Some species and populations of cranes migrate over long distances; others do not migrate at all. Cranes are social birds and live in large groups called “flocks.”

There are fifteen species of crane birds, each with a unique appearance and habits. Some species are described below:

The whooping crane is the tallest bird species in North America. It has a wingspan of up to eight feet and a height of five feet. The whooping crane is distinguished by its white plumage, black legs, and red crown. These birds are found in North America, where they breed in wetland areas. They migrate to Florida and Louisiana during wintertime when it gets cold enough for their eggs or hatchling birds. In the winter, this specie is mostly found in Aransas national wildlife refuge.

Whooping cranes are the most endangered crane species in our world. By the middle of the 20th century, uncontrolled hunting and habitat loss nearly drove these white cranes to near-extinction.

The sandhill crane is slightly smaller than the whooping crane. It has a wingspan of six to seven feet and a height of three and a half feet. This crane is grayish-brown in color with white cheeks, a red forehead, and a dark pointed bill. These birds breed in North America, Europe, Asia, and northeastern Siberia.

This bird will migrate south to Mexico and the United States in flocks of hundreds during the winter season. When sandhill cranes reach these wintering grounds, they can quickly build a flock of more than 10,000 individuals.

What Is the Difference Between a Heron and a Crane?

The main difference between a heron and a crane is that herons are typically smaller birds than cranes. Also, herons have longer necks and legs than cranes, and their bills are usually longer. Finally, while both birds eat fish, cranes eat small mammals and reptiles.

The IUCN Red List of Threatened Species lists fourteen species as vulnerable or endangered and another four as near threatened. Some populations of two species, the sandhill crane Grus Canadensis and the white-naped crane G. vipio, are hunted for food; a few others are hunted for feathers as ornaments. International agreements protect some crane species; other conservation measures are needed for this long-lived and iconic group of birds.

The sarus crane (Antigone Antigone) is found throughout southern Asia; it is considered vulnerable by the IUCN. The grey-crowned crane (Balearica regulorum) is found in Africa south of the Sahara Desert; it is also considered vulnerable. The red-necked crane (Grus ruficollis) breeds in Siberia and winters in China, Myanmar, and India; it is listed as endangered by the IUCN.

The white-naped crane (G. vipio) breeds in Mongolia, Russia, and China; it is listed as endangered by the IUCN.

The Eurasian crane or the common crane (G. grus) breeds in Europe and Asia; it is listed as vulnerable by the IUCN. The Siberian white crane (G. leucogeranus), also known as the snow crane, breeds in Siberia and winters in China; it is critically endangered, with a wild population of only about 3,000 birds.

How Can We Help to save the Cranes?

There are many ways in which we can help to save the cranes. One way is to support conservation efforts. Conservation organizations such as the International Crane Foundation and the World Wildlife Fund are working to protect crane habitats and populations. Another way to help is to be informed about the threats cranes face and avoid buying products from threatened crane populations. Finally, we can all help by doing our part to reduce the human impact on the environment. This includes reducing our reliance on fossil fuels, protecting wetlands and other habitats, and reducing pollution.

In Native American cultures, the crane is often seen as a sacred creature and is often associated with healing, wisdom, and knowledge. In many tribes, the crane is also seen as a messenger between the physical and spiritual worlds.

The crane is a popular motif in Christian art and literature, often representing hope, purity, or grace. In the Bible, the story of Noah’s Ark features a pair of cranes who help to rebuild the world after the great flood. Cranes also appear in many other religious texts and stories, such as the Hindu epic The Mahabharata.

In popular culture, the crane is often seen as a symbol of good luck, particularly when it is depicted in art or literature. Due to its positive connotations, the crane is frequently used as a motif in advertising and branding.

Cranes play an important role in many cultures and are seen as symbols of good luck, purity, and grace. Unfortunately, many crane species are threatened or endangered due to habitat loss, hunting, and other human activities. We can all help save the cranes by supporting conservation efforts and informing them about the threats they face. Thanks for learning more about the crane!