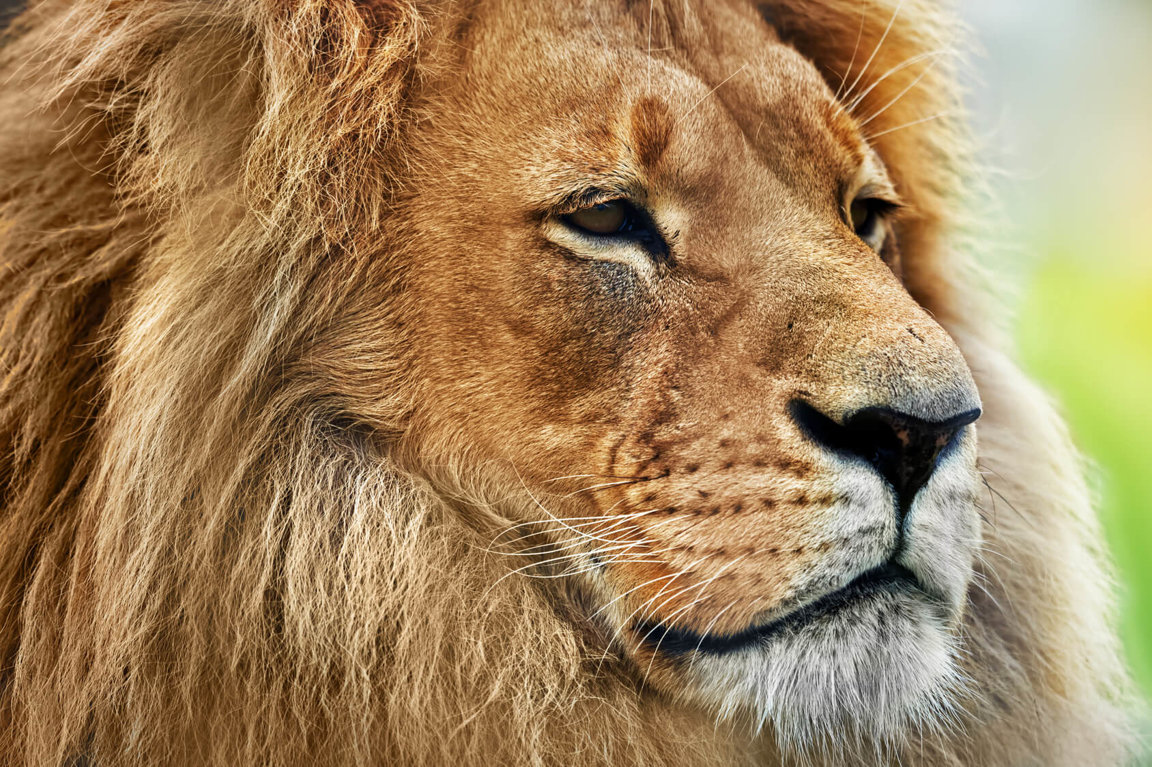 The lion is the most common and popular animal in the world. It is a member of the cat family and is considered to be the king of the jungle. The lion is known for its courage and strength. It is also considered a symbol of power, royalty, and dignity. Lions are usually found in Africa and Asia. However, some lions can also be found in zoos around the world.

The lion is a very large animal. Male lions can weigh up to 550 pounds. Females lions are usually about 10% smaller than males. The lion has a mane of hair that surrounds its head. This mane protects the lion’s head from the sun and injuries during fights. The mane also makes the lion look bigger and more intimidating.

Lions are the only cat family member, Felidae, that lives in groups called pride. A pride consists of several related females, their cubs, and a few unrelated adult males. The lionesses do most of the hunting for pride. They work together to take down large prey. The males protect the pride’s territory from other lions. The lion is an apex and keystone predator, although some lions scavenge when opportunities occur.

The lion (Panthera leo) is one of the four big cats in the genus Panthera and a member of the family Felidae. With some males exceeding 250 kg (550 lb) in weight, it is the second-largest living cat after the tiger. Wild lions currently exist in sub-Saharan Africa and India (where an endangered remnant population resides in Gir Forest National Park). In ancient times, their range included much of Europe, parts of North Africa, and most of Asia west of the Hindu Kush.

The lion’s closest relatives are the other species of the genus Panthera: the tiger, the snow leopard, the jaguar, and the leopard. Studies in 2006 and 2009 indicate that lions form a more recent common ancestor with tigers than tigers do with leopards. Based on morphology and molecular data, a 2001 phylogenetic study by Felidae Systematics Initiative places lions as closely related to pantherine cats (including tigers) than Felidae as a whole; based on nucleic acid sequence data; they are sister taxa to Amur leopards. Genetic studies have suggested that African and Asiatic lions form two distinct clades with no recent admixture between the two groups; this divergence is estimated at 1.9–2.1 million years ago and may be due to a founder effect in the Asiatic lion population caused by migration through the Bab-el-Mandeb land bridge.

The lion is a muscular, deep-chested cat with a short, rounded head, round ears, and a hairy tuft at the end of its tail. Males are substantially larger than females and have manes that vary in color from blond to black. Lion coloration varies from light buff to yellowish brown, often with darker brown or black patches.

Males have a prominent mane of long, thick hair that covers the head, neck, shoulders, and chest. The color and length of the mane vary depending on the individual lion’s age, health, and location. For example, lions living in warm climates tend to have shorter, lighter-colored manes than those in cooler areas.

The relationship between lions and humans has been both one of admiration and fear. In some cultures, such as the Masai in Kenya, lions are considered sacred and are thought to have the power to bless or curse. In others, such as the Hausa in Nigeria, they are seen as evil spirits and are feared. The majority of people who live close to lions view them with a mixture of respect and fear.

Lions have been known to attack humans without provocation. In Africa, several reports of lions killing people who were walking alone or sleeping outside. In some cases, the lions seem to be acting out of hunger; in others, they may be protecting their territory or cubs. In many instances, however, it is difficult to determine why a particular lion attacked.

Despite the occasional attacks on humans, lions generally avoid contact with us. They are more likely to flee than to fight when they encounter us. However, lions are still wild animals, and it is important to remember that they can be dangerous. If you are lucky enough to see a lion in the wild, admire it from a distance and do not approach it.

Lion Vs. Tiger: Which Is the More Dominant Predator?

Lions and tigers are two of the most feared predators in the animal kingdom. But which one is more dominant?

There is no definitive answer, but some experts believe that the lion may be slightly more dominant than the tiger. Lions typically live in groups or pride, while tigers are mostly solitary creatures. This means that lions must cooperate with others to take down prey, while tigers can hunt independently.

Lions also have a strict social hierarchy, with the male lion at the top. The tiger does not have a similar social structure, which means it may be less likely to follow the lead of another tiger.

The lion is generally considered stronger than the tiger in terms of physical strength. Lions have longer and sharper claws than tigers and have a very powerful bite. Tigers, on the other hand, are more agile and have shorter claws.

So, who is the more dominant predator? It’s hard to say for sure, but the lion might have the edge.

Lions are carnivores, and their diet consists mainly of large prey, such as wildebeest, Cape buffalo, and zebra. Lions eat smaller prey, such as antelope, gazelle, and hares. Lions typically hunt by stalking their prey until they are close enough to attack. They kill their prey by biting its neck and suffocating it.

Lions reproduce throughout the year. The gestation period is around 110 days; usually, 2-4 cubs are born at a time. Young males stay with their mothers for about two years before becoming independent and seeking their territories. At birth, lion cubs weigh only 2-4 pounds (0.9-1.8 kg), but they gain weight quickly, reaching 50 pounds (23 kg) by the time they are six months old. Male lions reach maturity at four years of age, while female cubs mature slightly earlier at three to four years old.

Lions have a relatively short life span in the wild, living an average of 10-14 years. In captivity, however, they can live up to 20 years or more.

Lion Population — How Many White Lions Are Left?

As of 2016, the global lion population has been estimated at 20,000 to 30,000 individuals. Of these, approximately 3,500 live in zoos and other captive facilities. A very small number of white lions exist in the wild, and their numbers are declining.

There are several reasons for the decline in lion populations. One of the most significant is habitat loss. As human populations have expanded, they have encroached on lion territory, destroying or fragmenting natural habitats. This has led to a decrease in the amount of prey available to lions and has made it more difficult for them to find mates and raise young lions. In addition, lions are often killed by people who view them as a threat to their livestock or simply because they want to sell their body parts on the black market.

Despite the challenges, a few things can be done to help protect lions and other endangered species. One of the most important is to educate people about the importance of conservation and the role they can play in preserving these animals for future generations.

What is a Liger?

Ligers are a hybrid cross between a male lion and a tigress. They are the largest of all known extant felines, often weighing more than 500 pounds. Although they are rare, ligers can be found in zoos and other captive facilities worldwide. Unfortunately, ligers often suffer from health problems due to their size and strength. For example, they frequently have joint and mobility issues due to their skeleton being unable to support their weight properly. In addition, ligers typically don’t live as long as lions or tigers, with a life expectancy of only 10 to 12 years.

The lion is a magnificent animal that humans have long revered. Although its populations are in decline, many things can still be done to help protect these animals. Education and awareness are key, as is taking action to preserve their natural habitats.

Lions are the king of the jungle, but they aren’t invincible. These powerful predators are facing many challenges, including habitat loss and hunting. But with the help of concerned citizens and dedicated conservationists, we can ensure the regal animal continues to rule the animal kingdom for years to come.