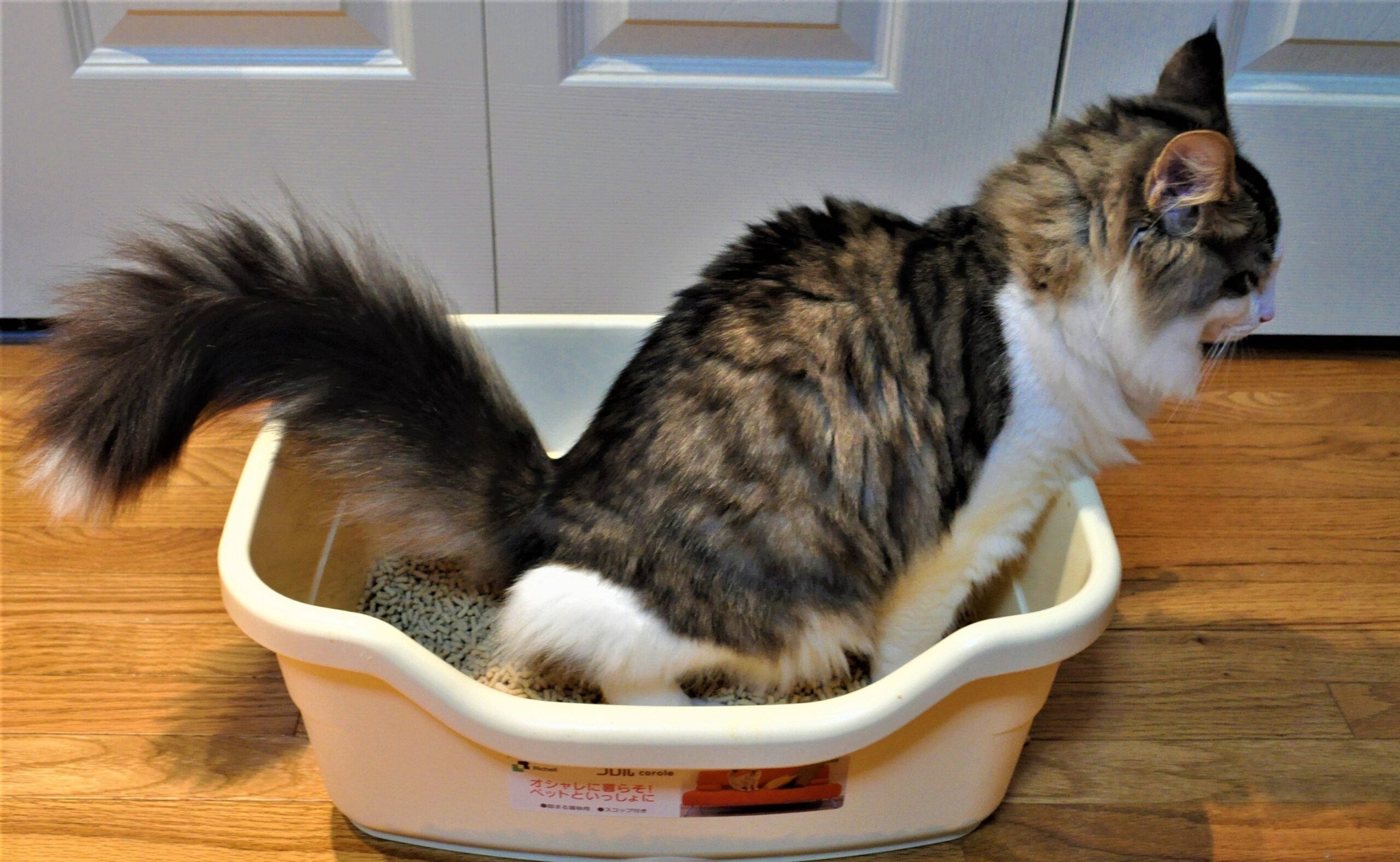 Some new pet owners assume their kitty knows how to use a litter box, but that’s not necessarily true. If the cat is young enough, you have to train them, or you’ll be cleaning up accident after accident around the house!

Since a cat doesn’t use the bathroom outside as a dog does, the sooner you can get this training underway, the better. Your carpets will be in better condition for it.

In today’s succinct guide, I’ll tell you everything you need to know about how to train a cat to use a litter box, so you can litter train a cat conveniently!

How to Litter-train a Kitten

I have broken down the whole process into simple steps to make it easy for you to litter train a cat.

Before You Start: Gather Supplies

First, you need to grab the right supplies for the job. At the very least, you need clean litter and one litter box. What kind of litter and litter box should you choose for your cat? That depends on their age and preference.

If you’re litter-training a kitten or an adult cat that has begun to use the bathroom outside of the box, then select a litter box with low sides for easy access into and out of the box. For all older cats, a standard litter box is fine. For every cat, you need two litter boxes, four litter boxes if you have two cats, and so on.

I’d also recommend a mat that can go under the box, as many cats prefer to kick litter. It will catch messes, so your carpet doesn’t have to.

There also are different litters to choose from, like a clumping litter, clay litter, unscented litter, etc.

Sometimes cats don’t want to use the box, not because they like making messes or because they’re picky about their litter but because they don’t feel safe in the location you’ve placed the box.

It is important to know where to put the cat litter box as the recommended location for litter boxes is a quiet area that doesn’t get much foot traffic on an average day. The room should also be comfortable, not too warm or too hot.

You probably want the box tucked into a corner out of sight, and most cats don’t mind that, either. Make sure your kitty knows where the box is, or they’ll never even get the chance to use it!

By the way, for however many cats you own, they each need their own box. You should also place a box for multiple floors of your home if any.

Give Your Cat the Grand Tour

Now that you’ve set up the litter boxes and created the ideal environment for your kitty, it’s time to introduce them to the box as part of litter box training.

Carry your cat to the box and place them inside. Don’t expect them to use the box immediately, as they won’t. Instead, they’ll be curious about it, especially if they’re a kitten and they’ve never seen a litter box before.

Your cat may begin sniffing the box or walking around its perimeter. They may even kick some litter out just to do it. Let your feline do its thing for now, even if it doesn’t include using the bathroom. When they eventually lose interest in the box and leave, you can leave the room as well.

The next time your cat has a meal or wakes up from a long nap, carry them back to one of the litter boxes. If it begins crouching or sniffing, it may have to go, so put them in the box at those points as well. It might not happen the first few times, but your cat will learn to use the litter box at some point.

Cats don’t like dirty litter boxes any more than you do. The smell isn’t the entire issue, as they might also step in messes, and no cat is interested in doing that. When the box begins getting dirty, make it a point to clean it. If you don’t, it can interrupt litter train success.

Be Positive and Patient

Just as training a pup to use the bathroom outside is not an overnight process, the same is true of training a cat to use a litter box.

Accidents are bound to happen, even after several days of successful litter box usage in a row. By blowing up at your cat, you’re just going to scare them and possibly deter them from using the litter box going forward.

Just clean up the mess and continue with the training. It can take some cats up to a month to learn where they should make waste, so be patient. When your kitten does as you ask, be sure to reward them. Tell them how good they are, scratch them under the chin in their favorite spot, and give them some treats.

This will reinforce to your cat that good things happen when they use the litter box. They’ll want to continue using the litter box more frequently after that.

To make the training process as smooth as possible, it helps to be aware of and capable of overcoming the following training problems that can keep cats out of their litter box:

Conflicts with other cats, stress from moving or bringing in a new family member, health issues such as a kidney blockage or kidney stone, feline interstitial cystitis, and urinary tract infections.

Litter box training a cat is all about setting up the box in a good location, making it a habit to deposit your kitty in the box when you think they should go, and being patient with them.

Most adult cats pick up on litter train steps right away, while others need upward of a month to learn. Reward your cat when they do what you ask, and don’t lose your temper when they don’t. Before you know it, your new feline friend will have healthy habits for life!

Be sure to check out our blog for great content on litter boxes and more.

Nicole Malczan
Nicole Malczan is a professional freelance writer with 10 years of experience and counting. As a lifelong animal lover, she enjoys sharing her knowledge and passion for animals with others. Her specialties include pet care basics, pet diseases, pet products, and animal behavior. Nicole has three pets at home herself, two young tuxedo cats who are brothers and the newest additions to the family, and a red-eared slider she's had for more than five years. She hopes to teach readers how to take the best care of their pets and enjoy happy, fulfilling companionship together, as the bond between human and animal is one of life's most fulfilling!