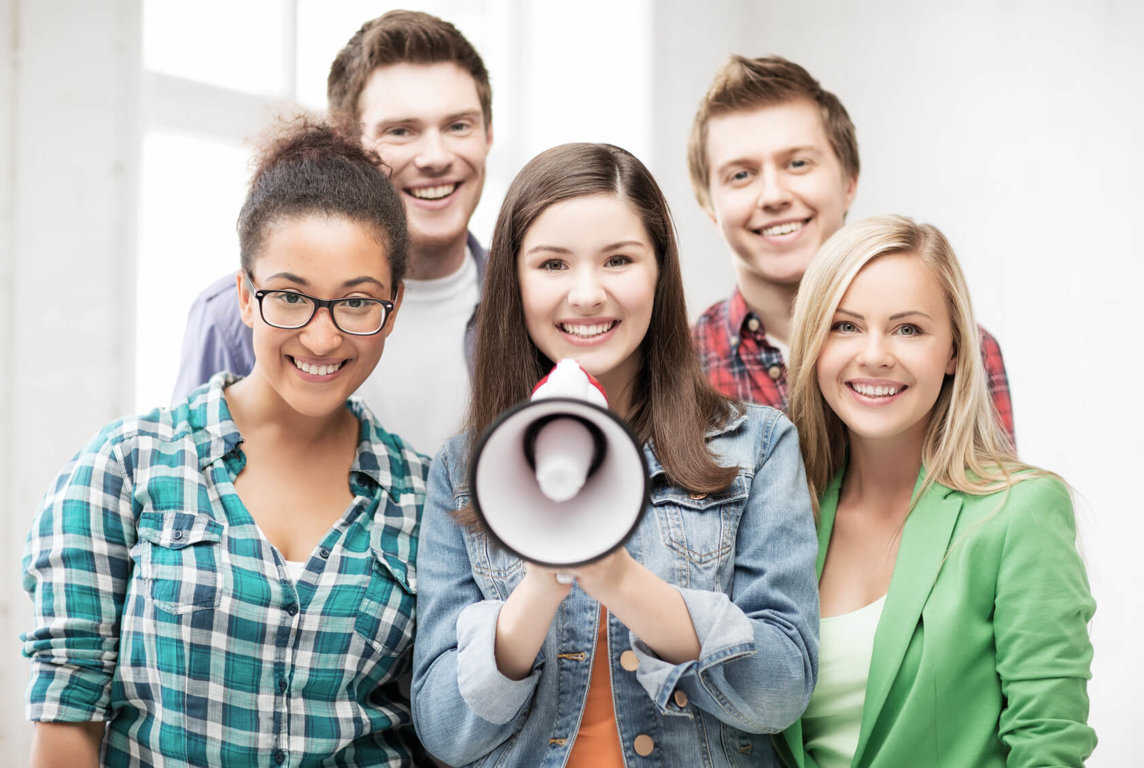 When you just can't stay silent on a particular earth and animal issue, expressing your views through civil protest is a positive way to make a difference. Gathering with other people to collectively speak out against animal and environmental wrongdoing is a fundamental right and a powerful way to bring about change.

Protests can function as a way to spread awareness about an issue or put pressure on those in power to make a specific change. What do you hope to accomplish with your protest? Figure out who the audience of your protest will be and plan your strategy from there. You're more likely to get the outcome you want if you take time to set a goal for achieving it. For example, let's say you want to stage a protest against a local factory farm as a way to spread awareness about how animals are treated there so people will stop buying their products. In this case your audience is the public. You may have a more specific goal, like trying to stop bully breed legislation in your town. In this case the aim of the protest might be to put pressure on the local government. In some cases your goal might be quite large in scale and can be used as a tool to show political leaders that their constituents want a change in policy.

Find a location that is practical, symbolic or convenient - or all three. The location you choose should be the one that helps you reach your target audience so that the protest is as effective as possible. This could be the sidewalk in front of a business, a public street corner, the courthouse, the capitol building, or a park that has historically been used for protests in your city. Just remember that in order for the protest to be legal, the site you choose must be public.

Protest at a time when you'll be able to gather the largest crowd and have the greatest impact on your audience. For example, if you're protesting a certain company's business practices you'll want to stage the protest when the CEO is present, which will probably be during business hours. On the other hand, if the goal of your protest is to gather as many people as possible, you might want to protest on a weekend when more people will be available to come.

Get the necessary permits. Check with your city officials about whether you need to get a permit to protest in the location you choose. Each city has its own laws regarding how many people can protest and where they can gather. Do your homework and get the permits you need so that your protest won't get disbanded before it can gain any traction. In some cases the permit will set limits on how many people can gather, how much noise you can make, and where protesters can move about. If you disagree with the terms, you can contact an attorney to help you try to get them altered. Some cities don't require protest permits. If you're expecting a large crowd to come to the protest, you should alert the police department anyway. If they know what to expect they can help with crowd control and there will be less chance of conflict occurring.

Plan the sequence of events. What actions will best help you achieve your goal? It's important to have an agenda in mind for what will happen once everyone is gathered for the protest. Do some research on other effective protests and come up with a game plan that will help you target your goal. Here are a few ideas:

Take this important step to make sure your protest gets as much attention as possible. The aim isn't just to encourage people to show up for the protest, but to capture that attention of the media, too. Pull out all the stops to spread the word starting a few weeks before the protest. Post details about the protest on all your social media channels. Make flyers about the protest and put them up around town. Target college campuses and other places where people likely to be interested in protesting your issue congregate. Call local newspapers and radio stations and ask them to publish information about the protest and promote it on the air.

Make posters, flyers, visual aids or pamphlets to help spread your message and communicate your concerns to others. During the protest, you can give out information on what you're protesting to interested parties. You might want to put the name of the group with which you're affiliated on your protest materials. That way, people who are new to the issue will know who to contact to find out more. Consider coming up with a catchy slogan for the materials, something people can easily memorize and communicate to others.

Dress appropriately for the occasion. Dress for comfort - you might be standing or walking for several hours. Wear comfortable shoes.

Bring emergency supplies. Bring a backpack with a few supplies you might need. Bottled water and food are good to have on hand if the protest is going to last a long time. In addition to these staples, pack a copy of the protest permit, your identification card and a first aid kit.

Understand that protests are unpredictable. No matter what you're protesting, there will be people who strongly disagree with your point of view. You may even encounter a separate group of protesters protesting the opposite side of the issue. At larger protests, police may be present to control the crowd and make sure things don't get too out of hand. With all these different forces butting heads, be prepared for unpredictable things to happen.

Know how to interact with police. Make sure you know your rights as a protester and are familiar with how to deal with police in case you get stopped by an officer. If you stick to the terms outlined in the protest permit, you shouldn't encounter problems, but you never know what could happen. Do your best to follow the instructions given by the police. If you believe your free speech rights are being threatened, call an attorney. If a police officer asks if he or she can search you, you have the right to decline until a warrant is presented.

Decide how far you want to go. If you're considering civil disobedience as part of your protest strategy, think carefully before taking action. Civil disobedience can be a courageous, nonviolent strategy for driving a point home, but it comes with serious consequences, like getting arrested. It's important to know what you're getting into before you choose to break the law in the name of your cause.

Know your facts. Be prepared to answer questions from passers-by. You'll look very silly if you can't answer questions about your own protest. Make sure everything you say is the complete truth. You shouldn't have to skew the truth for what you're protesting.

Don't force your cause. Realize that not everyone is interested in what you are protesting. Don't force people to listen if you are having a quiet, informative protest. People don't listen if they don't want to listen. Basically, if a person says "no", say "thank you anyways". Avoid lengthy debates, discussions, and arguments during your protest. These can escalate into conflict, and also tend to distract you away from the focus of your protest. Instead, offer visitors a pamphlet and perhaps a way to contact you for follow-up discussion.

Be respectful at all times. A protest can be a very effective way to exercise free speech, make your voice heard and bring about change. However, being disrespectful to those against whom you're protesting can undermine your group's reputation and hurt the cause. Your arguments won't be taken as seriously if disrespectful actions are taken. Avoid yelling insults at people who disagree with you, vandalizing public or private property and resorting to violence of any kind.

Gauge the effectiveness of your protest. When all is said and done, reflect back on the protest and decide what worked and what didn't. Think about whether you reached your goal, and whether a different approach would be more effective the next time around. No matter what, be proud that you stayed true to your beliefs and exercised your right to be heard. Even if your protest didn't bring about the change you want to see, speaking up about your cause is a step in the right direction. It's unlikely that a single protest is going to change the circumstances. You'll probably need to have follow-up protests and will also need to approach the issue from other angles as well. You could start a letter-writing campaign, lead a boycott, write a blog to voice your opinions, and take other actions to spread awareness and accomplish your goals. Don't give up!