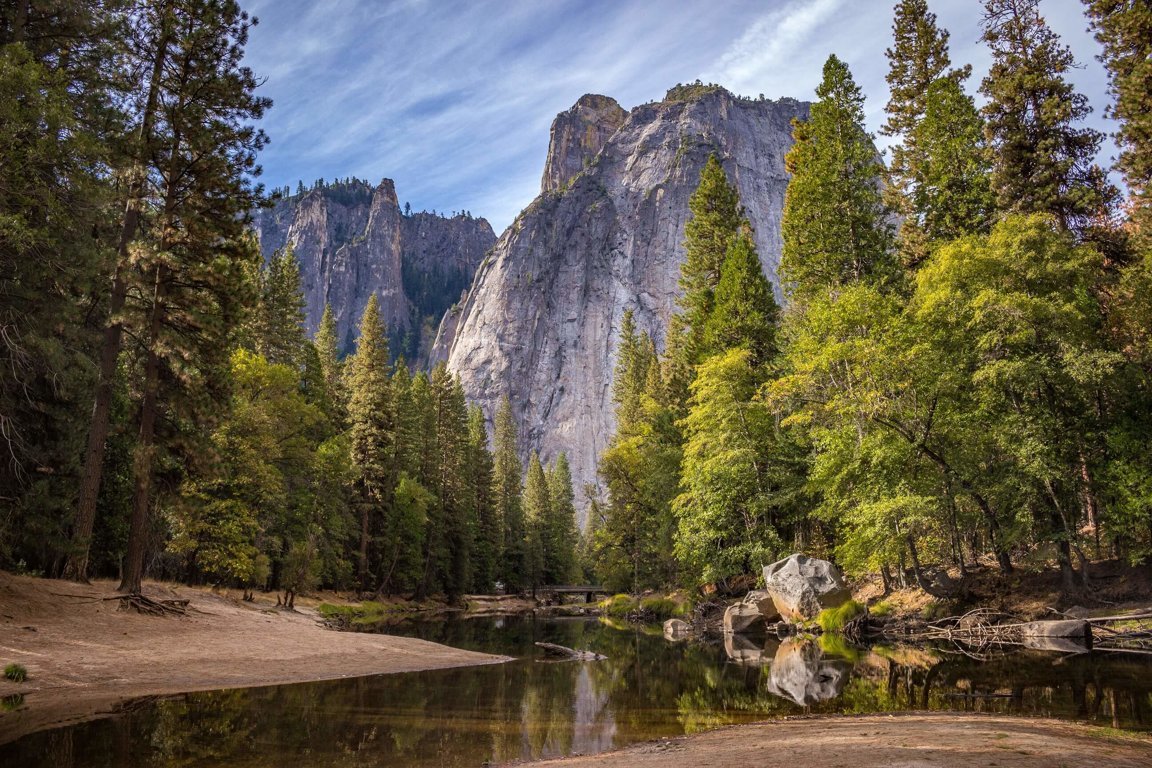 Mountain ranges are located all around the globe. They are the result of plate movements below the planet's crust. Mountains vary in height from small hills to Mount Everest, the tallest mountain in the world. Animals that inhabit mountainous regions must withstand dramatic temperature changes and lower oxygen levels.

The two main types of mountain ranges are temperate mountains and tropical mountains.

Temperate mountains are often cold all year and more seasonal than tropical mountains. They are found in North and South America, Europe and Central Asia. During spring and summer months a burst of plant life at high altitude occurs, encouraging herbivores up the mountain.

Hoofed and herbivorous mammals, including deer, goats, llamas and sheep, are common in mountains. They are well suited to the terrain and graze on ledges and cliff faces. During the spring and summer, they move up the mountains when plants are plentiful. In the fall, they move back down the mountains in cooler weather when food is more scarce.

Large predators also inhabit mountain regions, including bears and mountain lions, who prey on the herbivores.

Some animal species do not live on the mountains, but inside of them. Caves provide habitat for amphibians, insects and bats.

Threats to mountain habitats include deforestation, quarrying and development. Changes in climate also affects the growth of plants at higher altitudes.