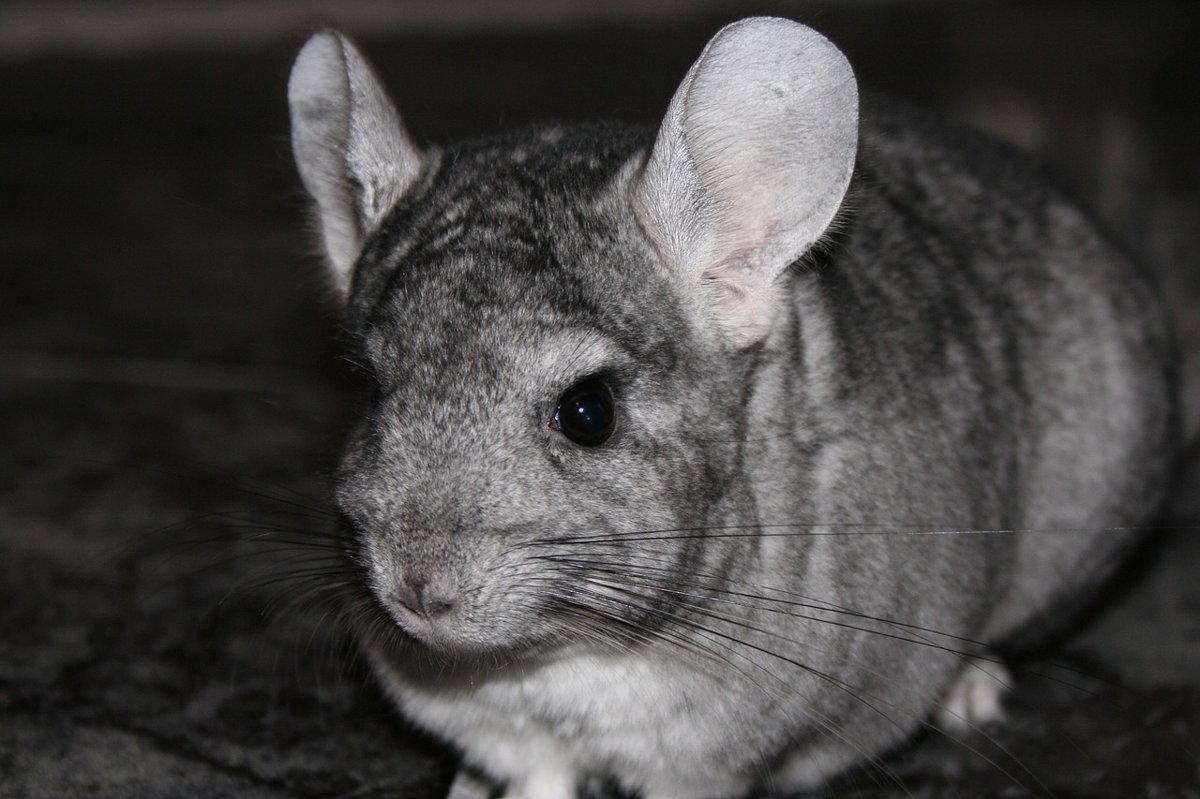 Chinchillas once lived in coastal areas, mountains and hills in Chile, Argentina, Peru, and Bolivia. Overexploitation decimated their populations. By 1914 they were already headed for extinction. By 1953 they were thought to be extinct, but were discovered in the Antofagasta Region in the late 1900s. They are currently believed to be extinct in Peru and Bolivia.

Wild chinchillas live in colonies, called herds, of 14 to 100 individuals. Their colonies allow for complex social interaction, and help protect them from predators.

Chinchillas eat leaves, seeds, fruit and small insects. Wild chinchillas live in burrows or rock crevices. Agile jumpers, they can leap up to 6 feet high. They are preyed upon by birds of prey, canines, felines, skunks and snakes. Their defensive tactics include releasing fur when bitten and spraying urine.

Chinchillas breed throughout the year. Gestation lasts about 111 days, with usually only two babies in a litter. Babies are born fully furred and with open eyes.

Both species of chinchilla are listed as Endangered by the IUCN Red List of Threatened Species. 90% of their population has been lost in the last 15 years due to hunting by humans.

It is now illegal to hunt wild chinchillas, but illegal hunting continues.

Chinchillas are inhumanely kept as "pets". Pet chinchillas do not receive the extensive exercise they need, and often lack dental care for their teeth that continue to grow throughout their life.

Chinchillas have been used in research since the 1950s.