So What If Earth Gets A Tiny Bit Warmer? 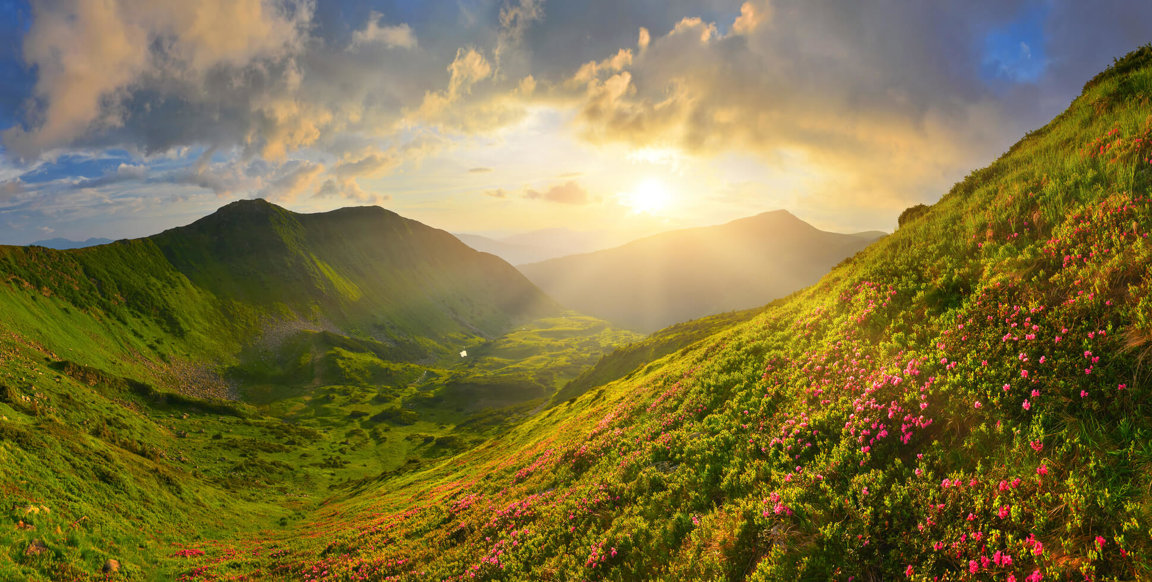 The sky is still blue. Trees are still green. Wind still blows. Clouds are still white and fluffy. Rain still pours from the sky. Snow falls and it still gets really cold sometimes in some places. Earth is still beautiful.

So what is the problem? What is the fuss about climate change and global warming?

Well, after observing and making lots of measurements, using lots of satellites and special instruments, scientists see some alarming changes. These changes are happening fast—much faster than these kinds of changes have happened in Earth's long past. All these satellites, plus a lot more, are studying Earth and all the changes happening with the air, ocean, land, and ice.

Global air temperatures near Earth's surface rose almost one and one-half degrees Fahrenheit in the last century. Eleven of the last 12 years have been the warmest on record. Earth has warmed twice as fast in the last 50 years as in the 50 years before that.

One and one-half degrees may not seem like much. But when we are talking about the average over the whole Earth, lots of things start to change.

Why is Earth getting warmer?

Carbon dioxide is a greenhouse gas. That means it traps heat from Earth's surface and holds the heat in the atmosphere. Scientists have learned that, throughout Earth's history, temperature and CO2 levels in the air are closely tied.

Besides CO2 there are other greenhouse gases. These include water vapor, methane, nitrous oxide, and ozone. Animal agriculture produces more greenhouse gases than all transportation put together. A staggering 51 percent or more of global greenhouse-gas emissions are caused by animal agriculture, according to a report published by the Worldwatch Institute.

How do we know what Earth was like long ago?

A big part of the answer is ice cores.

In Antarctica, scientists have drilled down two miles below the surface and brought up samples of the ice. These samples are called ice cores. It's like what you get if you plunge a drinking straw into a slushy drink and pull it out with your finger over the end of the straw. What you will have inside the straw is an ice core—although a very slushy one.

The layers in an Arctic ice core are frozen solid. They give clues about every year of Earth's history back to the time the deepest layer was formed. The ice contains bubbles of the air from each year. Scientists analyze the bubbles in each layer to see how much CO2 they contain. Scientists can also learn about the temperatures for each year by measuring relative amounts of different types of oxygen atoms in the water. (Remember, water is H2O: two hydrogen atoms, and one oxygen.)

Other scientists study cores of sediment from the bottom of the ocean or lakes. Or they study tree rings and layers of rocks to give them clues about climate change throughout history. They compare all their findings to see if they agree. If they do, then their findings are accepted as most likely true. If they don't agree, they go back and figure out what is wrong with their methods. In the case of Earth's climate history, the facts agree from a lot of different kinds of studies.

How can so little warming cause so much melting?

Water can soak up a lot of heat. When the oceans get warmer, sea ice begins to melt in the Arctic and around Greenland. NASA's Earth satellites show us that every summer some Arctic ice melts and shrinks, getting smallest by September. Then, when winter comes, the ice grows again. But, since 1979, the September ice has been getting smaller and smaller and thinner and thinner.

Glaciers are another form of melting, shrinking ice. Glaciers are frozen rivers. They flow like rivers, only much slower. Lately, they have been speeding up. Many of them flow toward the ocean, then break off in chunks - sometimes huge chunks. In places such as Glacier National Park, the glaciers are melting and disappearing. The air is getting warmer, and less snow is falling during winter to renew the melted parts of the glaciers.

As more sea ice and glaciers melt, the global sea level rises. But melting ice is not the only cause of rising sea level. As the ocean gets warmer, the water actually expands. Sea level has risen 6.7 inches in the last 100 years. In the last 10 years, it has risen twice as fast as in the previous 90 years. If Greenland's ice sheet were to melt completely, sea level all over the world would rise by 16-23 feet (5 to 7 meters).

Life is a web, with every strand connected to every other strand. One species of plant or animal changes, and a whole chain of events can follow involving many other species. For example, herds of caribou live in cold, Arctic locations. Caribou hate mosquitoes. In the past few years, warmer temperatures in summer have allowed mosquito populations to explode. So the caribou spend a lot more energy swatting away the mosquitoes. All this swatting leaves the caribou less energy to find food and prepare for the next long winter. Female caribou are especially troubled because it takes so much energy to give birth and raise their young.

Animals that hibernate in the winter also suffer from warming temperatures. Marmots, chipmunks, and bears are waking up as much as a month early. Some are not hibernating at all. These animals can starve if they stay awake all winter, because they can't find enough food. If they wake up too early because it feels warm enough to be spring, the days may not yet be long enough to signal the plants to start their spring growth. So, again, the wakeful animals go hungry.

Many trees in the Western U.S. are already suffering from climate change. Droughts leave trees thirsty and stressed. Pine trees need cold winters, too. With warmer, drier conditions, the trees are more likely to become infected with insects. These bugs bore into the trees and lay their eggs. Eventually, they kill the tree. Some forests in the West have lost over half their trees already to pine beetles. When the forest is gone, birds and small mammals that lived there have to find new homes - if they can.

There are many more plant and animal species and communities struggling to adapt to the rapidly changing climate.