Bringing Tigers Back From The Brink 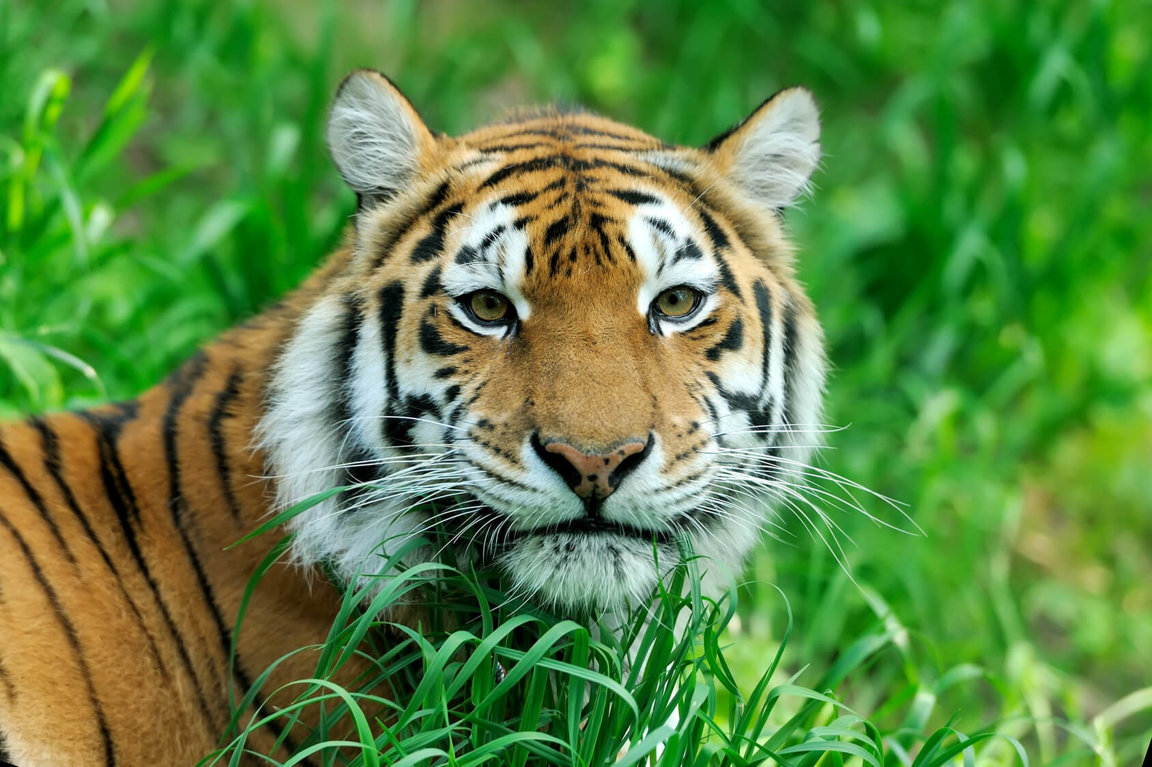 There were almost 100,000 tigers roaming the wilds of the planet in the early 1900's. The drastic fall in the population of this magnificent beast to just a few thousands within the span of a century tells a lot about human callousness and cruelty towards wildlife.

Until a couple of decades ago, the tiger was killed purely for sport, especially in India. The times of the maharajahs abound with folklore of how these unfortunate animals were hunted down and showcased in village squares, courtyards and drawing rooms of the wealthy. But with the advent of wildlife reserves and stricter curbs on hunting, the downslide in tiger numbers was somewhat arrested. But the problems for the animal did not end there.

India has nearly two-thirds of the current world tiger population of around 3,890. Competing with that is the human population. At 1.25 billion, and with a growth-rate that shows no signs of abating, India's population is just 10 percent less than China's. But India's populace live in an area that is only one-third of its larger neighbor. A growing population translates into demand for more food and more agricultural space. Thus, encroachment of tiger reserves is an obvious fallout.

Towards the eastern part of the country, changes in climate are causing sea levels of the Bay of Bengal to rise, submerging the Sundarban jungles and its precious mangrove forests. These forests are home to one of the most magnificent beasts in the world, the Royal Bengal tiger. Apart from the threat of a rising sea, the Sundarbans are also witnessing increasing numbers of people, desperately searching for farming land. The tiger is cornered and has nowhere to go. The Sundarban forests of Bengal has been its natural habitat for thousands of years, long before man came.

The tiger population of Indonesia stood at only 371 in 2016. Most are concentrated in the island state of Sumatra. The Sumatran tiger is an endangered species and is the smallest of all tiger species. Ignition of wild forest fires, deforestation by an avaricious palm oil and timber industry, are constant threats to this animal. As a result, they have been squeezed into small pockets of dense hill forests of the island.

Among the most critically endangered species of all animals is the South China tiger. Most alarming, there have been no sightings of the animal in the past two decades – leading experts to believe that it may have become extinct.

The underlying story of the tiger in countries with huge population density is the same, be it India, Bangladesh, Nepal , Malaysia or Indonesia. Hunting land for the animals is shrinking in the face of increasing demand for industry and agriculture, and they are getting much less to eat than before. Domestic animals like cattle, dogs, and, in rare instances, even humans, have become the new food for the big cats. Villagers in search of wood (used as fuel for cooking) often fall prey to tigers. Ironically, the tigers now become the encroachers and end up being killed or hunted down by villagers in the name of self-defense.

Nowhere on earth can the population-land mismatch be more glaring than in Indonesia. The archipelago has a population as large as the United States but a land area just one-tenth the size, broken up into a few thousand islands. Virtually all of Indonesia's low-lying forests have been cleared for cultivation of its staple food, rice. Just imagine where all of this leaves the Indonesian tiger.

While the report card for tiger species safety indicates the lowest levels of threat for the Siberian tiger, the biggest of all wild cats numbering around 400 and having the largest habitat of all, the same cannot be said of the South East Asian species (Indonesia, Malaysia, Laos, Cambodia, Vietnam and Thailand). Urgent action needs to be taken before the crushing human density in these regions squeeze the tiger into extinction.

Add to the threat for tigers is widespread poaching. Tiger skins and other vital organs are in great demand in the underground black-market trade for wildlife exotica, especially in Thailand and China. Forest and wildlife departments are too understaffed or corrupt to keep poachers at bay. There's a lack of training, motivation and compensation for risk among forest personnel. Firearms, communications equipment, and vehicles for use by forest protection enforcement are either inadequate or antiquated.

There is hope. Thanks to the combined efforts of organizations and governments that have woken up to the importance of preserving this wonderful animal, the population of tigers has quite astonishingly shown a turn-around for the first time in over a century. There's been an impressive 22 percent rise in numbers in the last 6 years.

The figures compiled by the International Union for Conservation of Nature and Natural Resources (IUCN) show increases in tiger populations in India, Russia (home of the great Siberian tiger), Nepal and Bhutan. Improved protection measures, stricter laws concerning the safety of the animals, and enhanced conservation and breeding techniques adopted and put into practice by authorities, have given tiger enthusiasts reasons to cheer after a very long struggle.