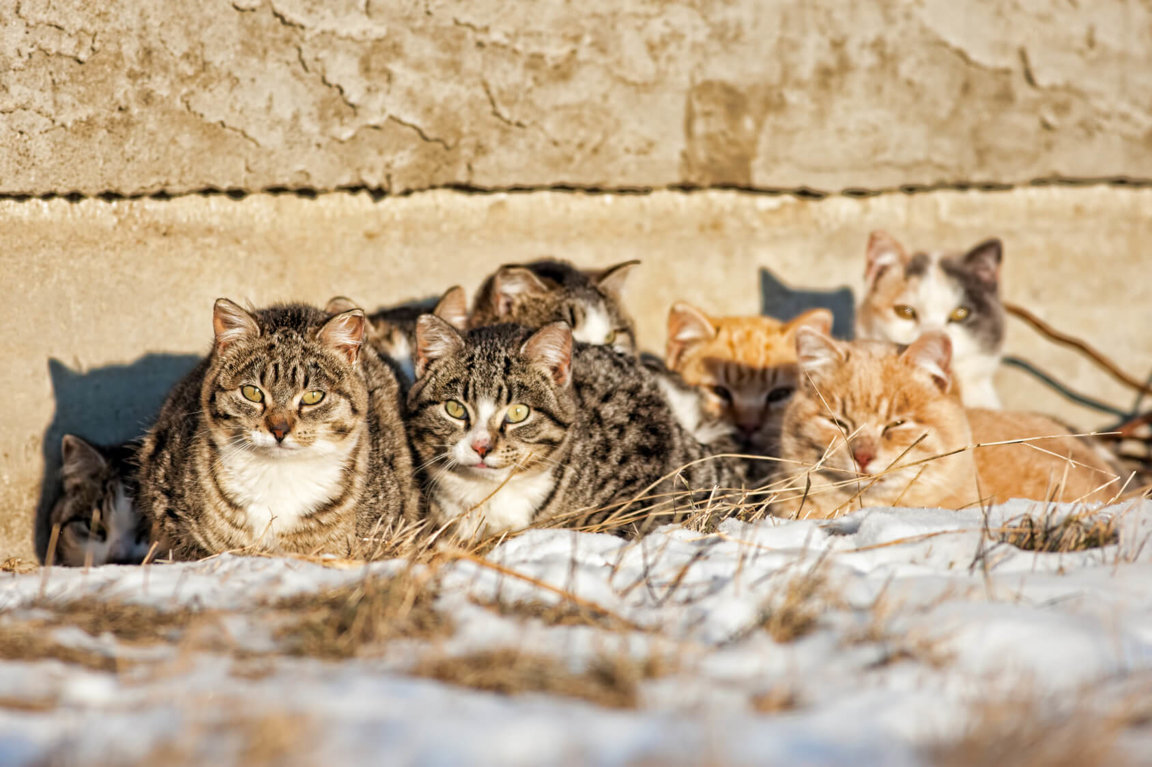 Research proves that feral cats do not suffer harsh lives, pose a risk to other cats, or threaten public health. Feral cats live full, healthy lives outdoors. Claims that feral cats “suffer” outdoors are based on isolated incidents and are not supported by scientific evidence. Research of feral cats in high-volume spay/neuter clinics spanning nearly a decade found the need to euthanize for debilitating conditions was less than 1%. Anecdotal reports by caregivers bolster these findings.

Feral cats are just as healthy as “pet” cats—studies show they have the same low rates of disease. Despite recent media reports, there hasn’t been a confirmed case of cat-to-human rabies transmission in more than 30 years, according to the Centers for Disease Control and Prevention (CDC). Rabies in cats is extremely rare; in 2010, less than 5% of all reported rabid animals cases were cats, according to statistics from the CDC. Rabies vaccination is part of Trap-Neuter-Return (TNR) protocol, making successful rabies prevention programs even more effective.

FIV and FeLV are also extremely rare in feral cats. Major scientific studies of hundreds of feral cats found rates of these diseases to be just as low as companion animal cats.

Science shows feral cat colonies pose no disease risk to humans. Rumors about the spread of infectious disease by cats to humans is based on myth and misunderstanding, not science. Infectious diseases from cats can spread to humans only via direct contact, and that’s extremely unlikely among feral cats, who avoid humans. In people, incidences of these diseases often have other causes. Toxoplasmosis, for example, is almost always caused by consuming undercooked foods.

Trap-Neuter-Return makes feral cats even healthier. Trap-Neuter-Return ends the breeding cycle, as well as the strains of mating and pregnancy, which improves the cats’ overall health. Studies of cats cared for through TNR show they have healthy body weights and fat distribution. One long-term study of a TNR program showed 83% of cats had lived in the colony for more than six years, indicating a healthy lifespan comparable to companion animal cats.